I feel like we’re living in a Reynolds-Asance. The star has been on a roll lately, taking the cinema by storm in Deadpool and now the hit film The Hitman’s Bodyguard. Reynolds has put his natural comedic style on full display and seemingly he’s been using it wisely. Hopefully, this Reynolds-Asance lasts for a while longer and he continues to make smart choices.

One of those smart choices was The Hitman’s Bodyguard, which is out now on Blu-ray. The film plays to Reynolds strength and is fun surprise. Michael Bryce (Ryan Reynolds) is an operative working out of London. He’s been tasked with protecting a lot of high powered individuals and has maintained a triple A rating, that he’s really proud of. Clearly he’s very effective at his job.

Bryce is very type A and is a stickler for details. So, when a mission goes south and Bryce has a dead Japanese arms dealer to deal with. Bryce’s rating then takes a hit and he is forced into taking some lower than high end jobs and is basically a security guard. 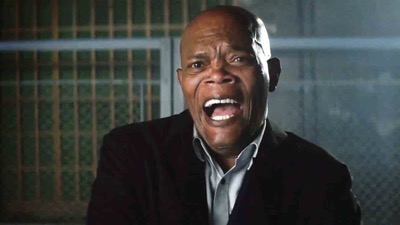 A trial featuring dictator Vladislav Dukhovich (Gary Oldman) in the Netherlands is trying to get its case established, however all the witnesses end up dead or are petrified to testify. This leads to Interpol getting a tab bit desperate and trying to get Dukhovich’s former hitman, Darius Kincaid (Samuel L. Jackson) to the Netherlands where he’s in prison. Kincaid agrees to help out because Interpol said that would free Kincaid’s wife Sonia (Salma Hayek) who because of Kincaid is in prison herself. 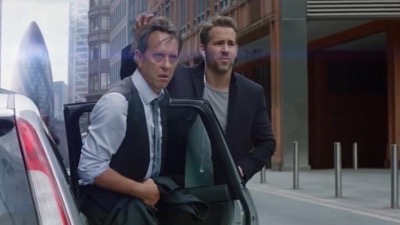 The plot of The Hitman’s Bodyguard is fairly rote and you can see where it’s going from the beginning of the film. That’s not what makes a film like this work however, what makes it work is the dynamic between the two leads. Here, Samuel L. Jackson plays off Ryan Reynolds really well and together they keep the film moving along at a brisk pace.

Soon people are on their trail and the mole in the Interpol office leads everyone to bloody chases and fights. The film never tries to make the mole a mystery and is pretty much a straightforward film. It really does rest squarely on the shoulders of the two leads. Ryan Reynolds really shows that he’s a great comedic actor, anyone that saw him in Just Friends knows this, but here he finally gets a chance to put those skills to the test. Sure, Reynolds is still the same as he was in Deadpool, but it works for him here again. I just hope he’s able to keep going with his sensibilities before it wears thin on audiences again.

One also nice touch is Salma Hayek who pulls off a few scene stealing scenes of her own. She adds a nice touch of spice to the proceedings and in the sequence that tells how she and Kincaid met, Hayek shows a great comedic and ass kicking flair. I would love to see her get a chance to really shine in an action comedy of her own!

The Hitman’s Bodyguard arrives on Blu-ray thanks to Lionsgate. It’s a great transfer, as to be expected from a modern film release. But the nice thing is that there’s little fallout in the heavier action sequences and the fine details are pristine. In fact the Blu-ray transfer is above the board excellent, there are moments when the ascetic was done with a grain on purpose which goes for saturation levels as well. But this is no fault of the transfer itself and in fact lends a bit to the picture. 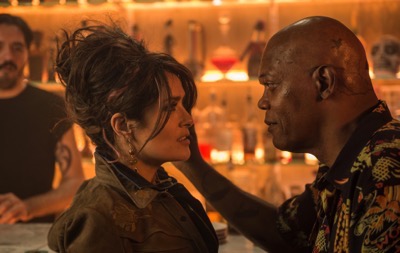 Outtakes – There are just over five minutes of deleted scenes.

Extended Scenes – There are just over three minutes of extended scenes, mostly with minor things edited or trimmed.

The Hitman’s Bodyguard: A Love Story – This is a fairly standard EPK but still fun to watch.

Hitman vs. Bodyguard – This is a look at the two main characters in the film.

Dangerous Women – This looks at the females of the film and has some interview with the actors.

Big Action in a Big World – This is a look at the main action set pieces in the film. 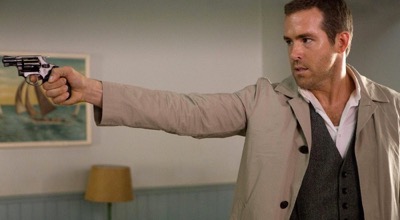 Overall, The Hitman’s Bodyguard won’t be up for any awards this season, but really who would want it to. It’s a fun action driven film with enough cursing to make a sailor blush. That’s pretty much what you would want from it. It’s hilarious, fun and even though the plot is light, the chemistry of the actors more than makes up for it. Highly Recommended.

The Hitman’s Bodyguard is out now on Blu-ray