The Hobbit director Peter Jackson has tweeted some behind the scenes stills from the production!

Martin Freeman has wrapped his part of Bilbo Baggins in the series and is bidding farewell to the trilogy that has launched him into the world of Elves, Orcs and goblins! 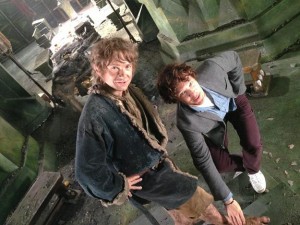 This is what Peter Jackson had to say about Martin Freeman!

Tonight Martin Freeman finished his last shot as Bilbo Baggins. The end of an incredible two and a half years. I cannot imagine anyone else in this role – a character that Martin has nurtured and crafted with love and great skill. 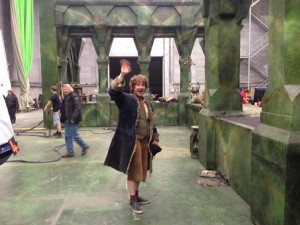 We have said goodbye to our elves, humans, wizards and now the hobbit. We now enter our final 2 weeks of pick-ups, and it’s wall to wall dwarves. These pick-ups have been grueling and intense, but I’m so happy with what we’ve been shooting. These next two movies are going to be pretty great!”