Home / Stars of the 1980's and 1990's / The Hollywood Gal Meets Peter Falk In A Bar! Gets Picked Up! Invited Back To The Universal Lot! And Has Peter Sketch Her! Just a Typical Day At The Office!

It’s been almost forever since we’ve heard from The Hollywood Gal. Probably because she’s so busy being fabulous that she has no time for us Mike The Fanboy – ers! Doh! Sad but true, sad but true…

Today however, the Hollywood Gal is talking about meeting the late great Peter Falk. Now, Peter is probably best known as Colombo but he worked all the time especially back in the day.

The HG met Peter in a bar, gets picked up, invited to a studio lot and then gets a hand drawn sketch from Peter! Awesome!

Check out her full encounter after the jump!

It was the night of my 21st birthday, and my roommate, Zoe, who I met when we were both usherettes and candy girls at the fabulous Pantages Theater, decided we would go out to….a bar! There was this place on Cahuenga West, Reuben’s, across the freeway from Universal Studios. It was one of those semi-upscale dinner-steak house type places that people went to for birthdays. Dark wood, big booths. A Lounge with a 70’s style singer-songwriter for entertainment. Of course it was a studio hang; I guess that is why were were there.

So, we were sitting at a table in the lounge,listening to some mellow tunes, and over at the bar, was Peter Falk, and Peter Bonerz. We of course recognized them, and soon we were chatting. They were filming god knows what, at Universal, and it was going to be awhile before they were needed, so they had gone in search of some liquid refreshment. So, while we were chatting, they invited us back to the studio with them! Well, this was years before I started working in the Biz! I was just a wanna-be Strasberg acting student.I had never been on a studio lot before! So this was very exciting! We followed them over in Zoe’s car, and after they went through the guard gate, the guard waved us on! All Right! 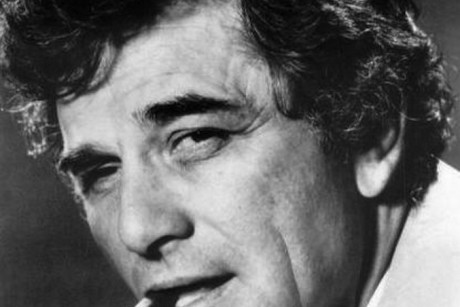 We went into a dressing room, and they hunkered down, it was going to be a long night.

Peter Falk picked up a sketch pad and he kept drawing. Real quick, very few strokes, one right after the other. I was sitting at the make-up counter, with the lighted mirror, with my elbow, up on the counter, and my hand touching the side of my head. We continued our little visit, chatting and laughing until the AD came to tell them they would be ready for them soon. As we got up to leave and said our good-byes, Peter Falk tore off a page of his sketchbook, and handed it to me. It was a sketch of me sitting at the make-up table. He signed it, For Terry. Toulouse. Not to win, but Toulouse. 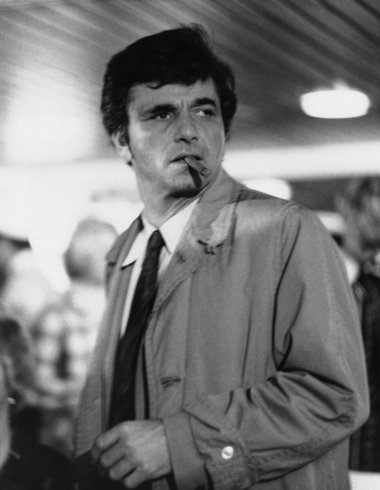 Many years later, I was working in the casting department at Warner Brothers, and I would manage to get myself little parts here and there. I saw a script for a movie called “The In-Laws”, and there was a scene in a dentist’s office where there were several patients. “Hey, I could be one of these people”, I said to the casting director. “Ok.” 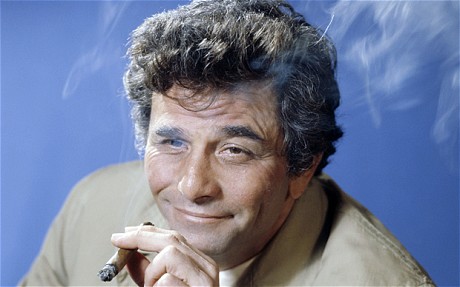 I show up on the set, and I am immediately horrified by that yelling director, Arthur Hiller. I got to improvise a little bit; everyone needs to see the dentist, as Peter Falk’s character drags him out of the office on his undercover caper.

We did that short little nothing scene a kazillion times! I was surprised that the actors did not seem to be fazed by it. And Hiller just kept screaming about everything, and no one seemed to notice. He was wearing me down. 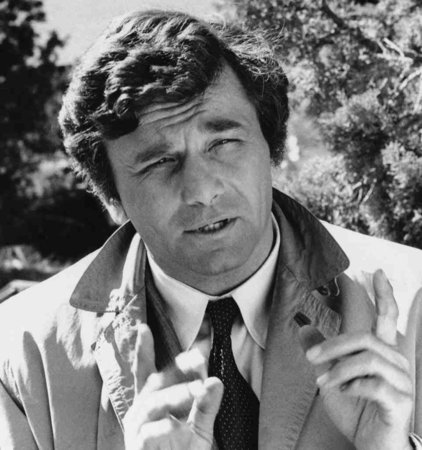 I know that I probably mentioned to Peter that I had met him before, on my 21st birthday, and that he drew me, but I really can’t remember the specifics. But it was fun to meet again, and this time, share the screen with him in such a cool movie!

Check out the Hollywood Gal’s site for more inside dish! 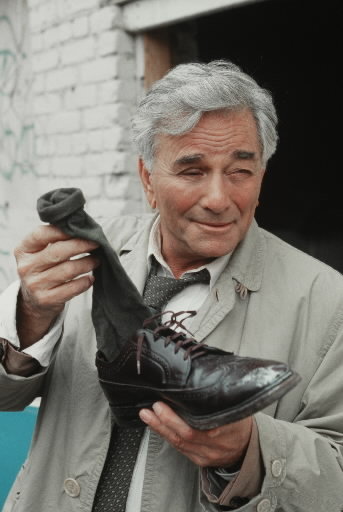