Home / Fanboying! / The House At The End Of The Street DVD/Blu-Ray Premiere Party! Jennifer Lawrence & Elizabeth Shue Together Onscreen! Hello!

As you all know, I love me some Jennifer Lawrence. Love her! It seems like she’s had such an amazing year, Hunger Games, Silver Linings Playbook and The House At The End Of The Street.

Now, I haven’t had a chance to see The House At The End Of The Street, I freely admit but I wanted to when it was in theaters.

So, when I was invited to an exclusive premiere part for the film, I was like, “hell yeah! I’ll go!” Billy Beer was supposed to go with me… Ahem… But he ditched me. Nice… Thanks Billy… 😉

I did want to make sure I went though, even if I was by my sad lonesome. (thanks Billy)

The party was really nice at Geisha House and they even had a really cool scavenger hunt in the beginning I wasn’t able to get to because I was covering another event. 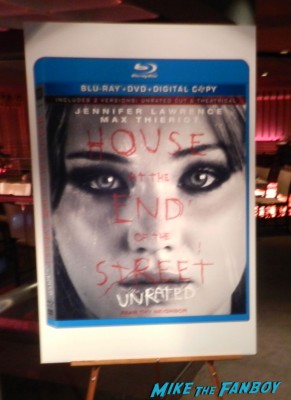 Such is the life of a fanboy.

Can I just tell you, there was an open bar… and while I don’t really drink… There was something called the Bloody Feather which was sake, champagne, lychee and chambord… 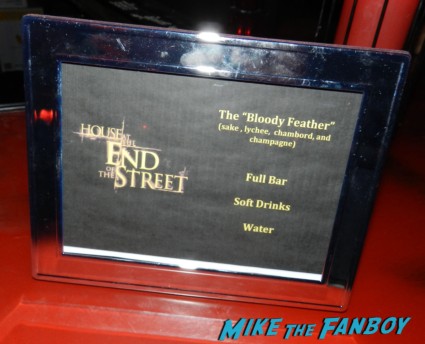 After a few of those… I was feeling pretty damn good. 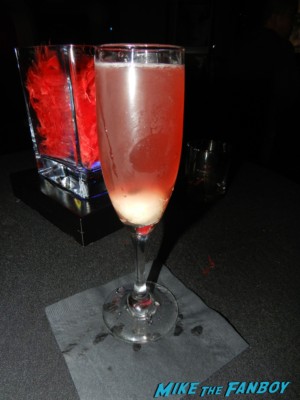 The evening at The House At The End Of The Street started off with a serving of salmon appetizers and also this really cool rice appetizer as well.

Then we were treated to a special features presentation of the film introduced by director Mark Tonderai. 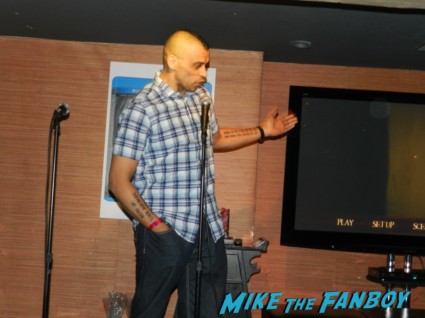 Mark talked about working with the fireball known as Jennifer Lawrence and how her career exploded in the time since the film was shot and released. 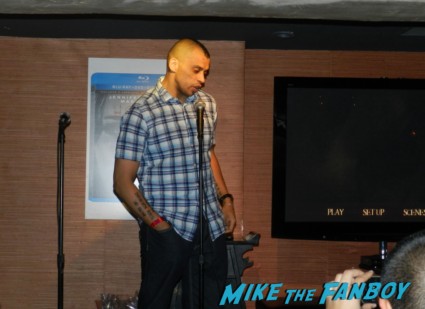 What I didn’t realized that one of my old time crushes Ms. Elizabeth Shue is also in The House At The End Of The Street which sealed my desire to see it!

Chris from Adventures in Babysitting and Katniss Everdeen together on screen! Hello! 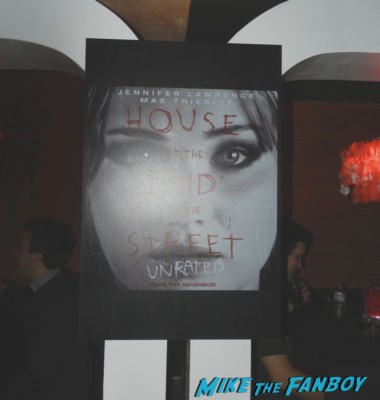 Keep an eye out for my review of The House At The End Of The Street coming soon and pick up a copy!

The House At The End Of The Street is out now on DVD and Blu-Ray! 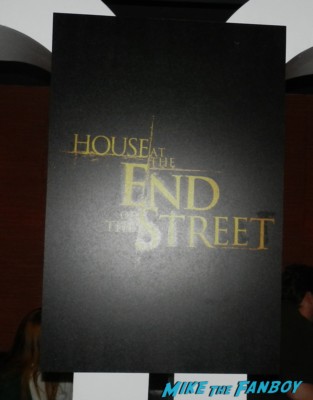