Can a movie be both a prequel and a sequel? When it comes to cobbling together the next chapter in a new franchise, studios will do anything they can to keep something going. When Snow White and the Huntsman was a sleeper hit, a sequel was quickly green-lit which turned out to be less focused on Snow White, than on Chris Hemsworth’s Huntsman character. 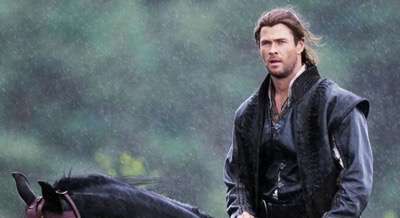 In The Huntsman: Winter’s War, out now on Blu-ray, we learn what happened to the Huntsman all those years ago and how he met the Evil Queen Ravenna (Charlize Theron) but we also see him in his element and dare we say… Happy? 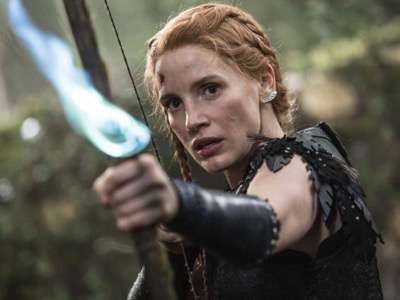 In the prequel part of the film, Ravenna has set in motion her evil scheme to steal the kingdom from the current ruling kind, and during a game of chess he’s laid to rest. This where Ravenna meets the mirror and her power grows and grows. Ravenna’s sister, Freya (Emily Blunt) is her right hand gal and is carrying a child. The father of the child is engaged to another, but Freya is convinced that he will come to her and he baby once and for all. He sends a message to Freya that he will indeed leave his family and marry her in secret but the baby dies at the hands of the father and this sets Freya spiraling into a whirlwind of cold, anger and evil. 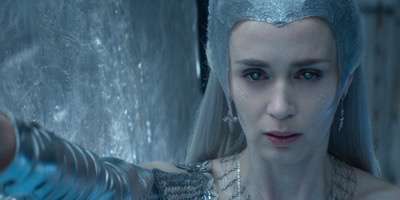 Freya heads to the North and sets a plan out to rid every one of love putting together an army that will vanquish all her foes and anyone who dares fall under loves spell. Freya’s army of evil huntsmen are raised at birth to do her bidding and they are a force to be reckoned with. Our Huntsman Eric (Chris Hemsworth) is Freya’s top warrior along with Sara (Jessica Chastain). They end up having feelings for each other and fall in love, carrying on their relationship in secret and making plans to leave Freya’s land to start their own home. 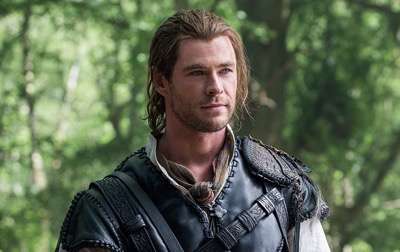 Their relationship is discovered by Freya while the lovers are apart and are separated, each believing that they saw one thing but neither seeing the truth. Oh magic is a tricky thing. Years pass and now the film sets a course for the sequel. Ravenna has been defeated and The Huntsman is tasked with getting the magic mirror, which has been taken and bringing it back to Sanctuary where is cannot cause harm. The Huntsman gets his own merry band with a couple dwarves Nion (Nick Frost) and Gryff (Rob Brydon).

The journey is fraught with danger and eventually Erica and Sara are reunited, they discover that their relationship has been thwarted by Freya and her magic. They both eventually have to put away their pain, anger and distrust to fall in love once again and defeat both evil queens. 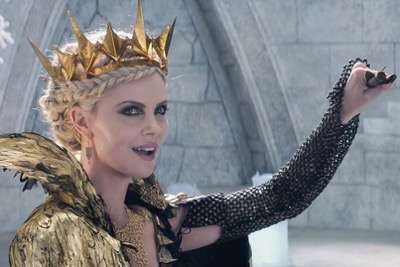 The Huntsman: Winter’s War didn’t exactly light the box office on fire when it was first released, but it’s a pleasant and fun adventure. The production value is of the highest caliber and the special effect really steal the show. The creators do a masterful job of creating this world that at once is familiar but also uniquely alien and fantasy like. 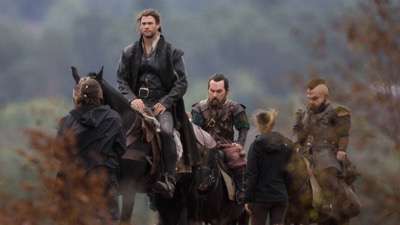 The plot itself isn’t the most unique or thought-out, but to be honest it doesn’t really have to be. It’s a pleasant diversion led by four remarkable performances that keep you interested. Emily Blunt is icily good as Freya. She really makes the audience understand the pain that the character is going through and how she’s been manipulated by her more evil older sister. She’s not necessarily bad, just in so much pain she can’t see beyond her nose. Jessica Chastain is always so interesting to watch and here she lends Sara a tough exterior but you can see the love for others if you look deep down.Chris Hemsworth bring his personality to the forefront in this film, where he wasn’t allowed to smile much in the previous installment he makes up for it here. His charm is on full display. 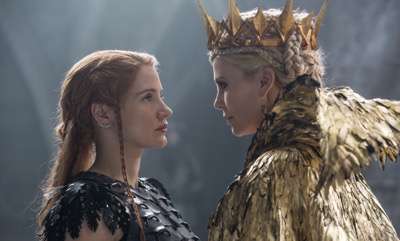 The Huntsman: Winter’s War arrives on blu-ray in an excellent transfer thanks to Universal Home Video. The image is crystal clear and you can see even the tiniest details. The weave of the fabrics, the lush landscape and icy interiors all are given new life thanks to this high definition transfer. One of the best uses of high definition I’ve seen in a long time. 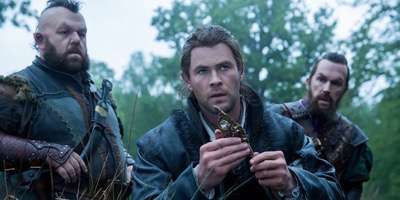 Special features on this release include two different cuts of the film, the theatrical version and one that’s about seven minutes longer. The seven minutes don’t add much, but it’s always nice to have both versions to choose from.

Deleted Scenes: About 10 minutes worth of footage with four scenes in total. There is also optional commentary by director Cedric Nicolas-Troyan.

Gag Reel: About nine minutes long, it’s fun to watch, and to be honest I’m a sucker for the gag reels. They always make me smile.

Winter’s Vistas: The Making of The Huntsman: Winter’s War : This is a great featurette split up into five different sections. It’s about 40 minutes long and talks about the casting, being a first time director, some of the new characters and the costumes used in the movie.

There is also an audio commentary with director Cedric Nicolas-Troyan. There are some fun anecdotes. He talks about the film themes, what the actors brought to their roles, and more. It’s a good track and worth a listen/watch. 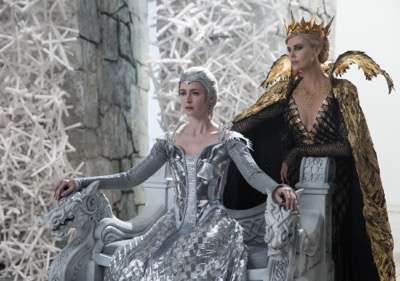 Overall, I really enjoyed The Huntsman: Winters Way more than I thought I would. It’s a diverting and robust action film with strong performances by each of the leads. The plot could have used a bit of sprucing up, but as it stands it’s a well done popcorn film. I would recommend checking it out.

The Huntsman: Winter’s War is out now on Blu-ray!