I think that there are two different camps of comedy fans… Those that like the comedy stylings of Vince Vaughn and those you don’t. You know who you are. Come on now. Vaughn has found success with his hipster fast talking persona and was awesome in Wedding Crashers, Dodgeball and Swingers. Now, Vince Vaughn is heading to home video in the new film The Internship.

Vince Vaughn plays Billy McMahon a down on his luck salesman who, along with his partner Nick (Owen Wilson) get let go from their sales job when the company goes under. Billy and Nick can sell anything but are having a rough go of it in the internet age. Sales reps are becoming obsolete, with the advent of Amazon and Google, so now it’s time for Nick and Billy to reinvent themselves. 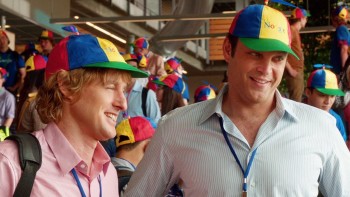 Billy has a brilliant idea while job searching… Google. It’s everywhere so why not try and get a job there. He sets up a meeting for an internship at Google for he and Nick and after a somewhat disastrous first impression their honesty scores them a spot. Once they arrive at Google their “Gooliness” is put to the test. They are fish out of water in the sea of young tech wizards and have to learn the ropes. 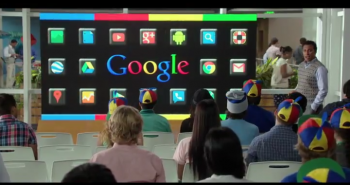 Billy and Nick are put on the misfit team and their blend of old school sales helps them while trying to force their team out of their shells and into spreading their wings. Nick develops a crush on Dana (Rose Byrne) who is a developer at Google. Their romance takes it’s time to flourish but they both end up falling for each other. Will the old upstarts show the young tech wizards a thing or two?

What do you think? 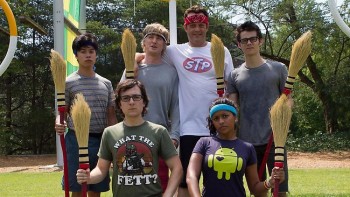 In theaters, The Internship seemed like a two hour ad for Google. While that’s still somewhat the case, on the small screen it plays better. Vince Vaughn, who also co-wrote the script, waters down his usual raunchy comedy for this family friendly film. Perhaps that’s what “Googliness” means. In any case, it’s great to see Vince Vaughn and Owen Wilson reteam. They have an easy going report and you understand why these two guys are friends. 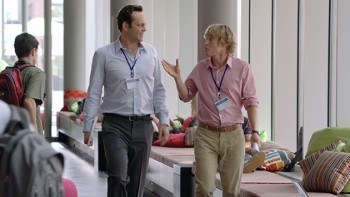 Sadly though, while Vaughn made the film for accessible, he also forgot a lot of the laughs. There are moments that might make you smile, but rarely did I laugh. The exception would be when Vaughn and Wilson so searching for a missing professor, a professor X. That sequence was very well done and both were great in it. The rest of the film tries so hard to hit the emotional resonance button, it forgets that what Vaughn and Wilson excel at is being a comedy duo. 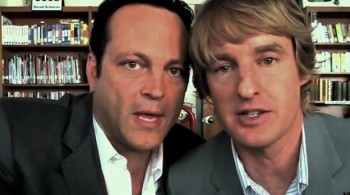 This is probably why the film works better on home video. It’s not big enough for the large screen, but as a Saturday night rental it works just fine. It’s a pleasant, if not memorable film that you probably won’t remember in five years.

The Internship comes to blu-ray loaded with special features. There’s a theatrical cut and an unrated cut of the film, deleted scenes, the original trailer, audio commentary with Shawn Levy on the theatrical cut (too bad they didn’t add this for the unrated cut, it would had added a little insight about what and why things get cut out of films), and Any Given Monday a fun featurette on the Quidditch match that is featured in the film. 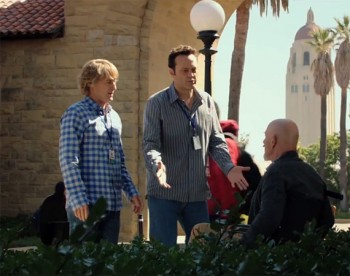 Overall, The Internship is a pleasant if not earth shattering comedy. The script is color by numbers but the scenery and local of Google make it interesting enough for it’s run time. Plus, seeing Vince Vaughn and Owen Wilson team up again is fun, hopefully the next project they pick will be a little more original.

The Internship is out now on blu-ray 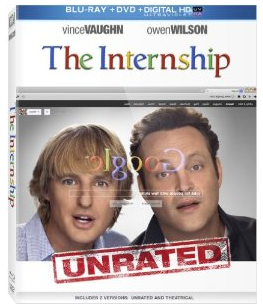