To be honest, I don’t expect much out of this premiere, I know it’s going to be rough, I know that the case probably won’t sign much if at all… But I really would like Vince Vaughn.

Karalee, Billy Beer and Ace are coming. Hopefully, this won’t be too much of a disappointment.

4:11 p.m. – I just arrived and Karalee has been nice enough to hold down the fort here. In her words, “I’ve looked like a Korean Linus all day roaming about Westwood with my blankets.” lol.. 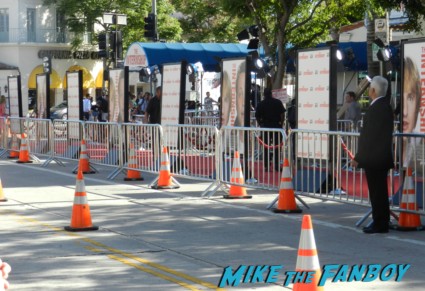 4:39 p.m. – There are a few people here, 25-30 but it’s not overwhelming. All the dealers/collectors are kind of gathered in one spot and we’re over to the side of them. 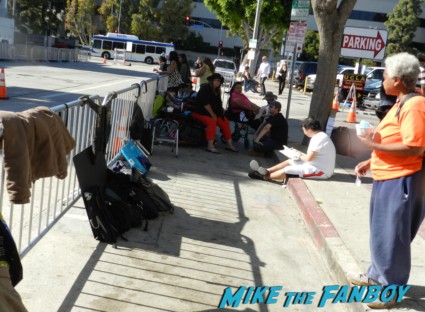 4:51 p.m. – Billy Beer and Ace have just arrived. Ace is clothed in his signature black hoodie and Billy Beer is looking for a cold one. LOL.. 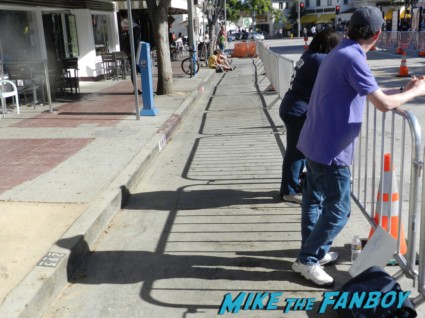 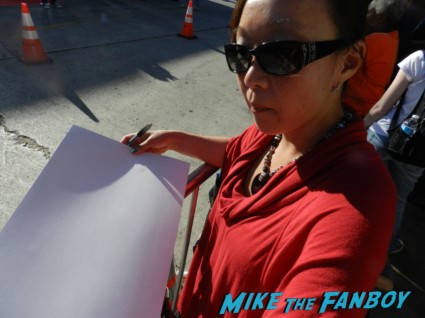 5:10 p.m. – CB is here. Now he wants to make a sign for Rose Byrne. It looks a little… Well… Let’s just say, that art brochure where you have to draw that turtle? CB would have failed that test. 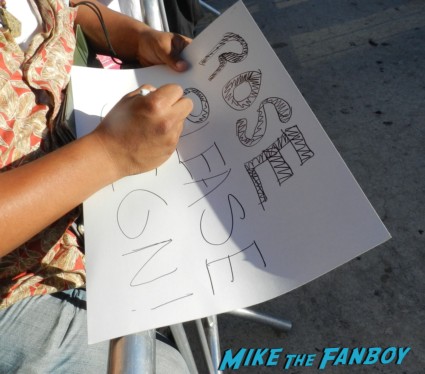 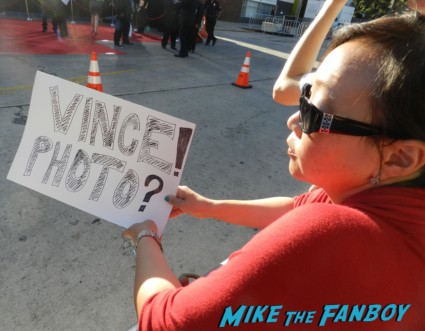 5:59 p.m. – Ace and I have a bet. I’m tired… DVD Dave is tired… Hell the universe is tired of Ace’s signature black hoodie. So, we’ve made a bet. I say, if Sandra Bullock’s The Heat grosses more than 100 million dollars domestic, Ace has to go to one event without his hoodie in a short sleeve T-shirt with Mike The Fanboy on it. If it doesn’t I have to admit on this website that aces photos that he prints posters on, are mini mini posters.

6:21 p.m. – It looks like things are starting to happen. Come on… Billy Beer is very excited about his Internship mini poster! 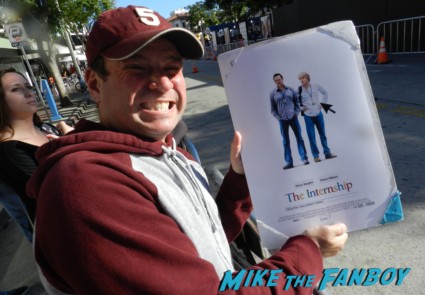 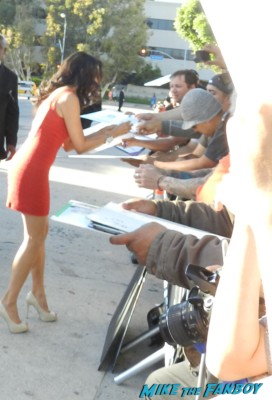 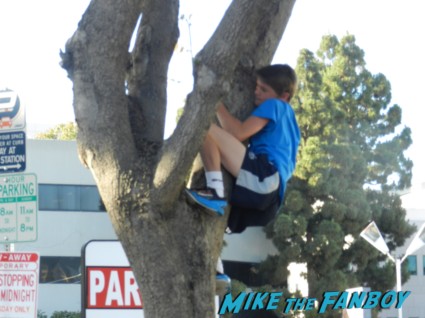 6:43 p.m. – Josh Gad is here and signing. I only have a few things to get done today, so I get to watch some of these randoms go by. 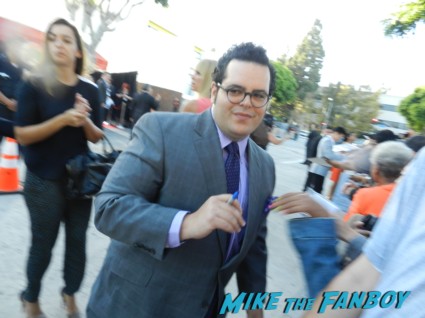 6:49 p.m. – A kid is walking the carpet in the worst outfit ever. I think he’s in the movie and it’s probably his costume. LOL… That is kind of funny. 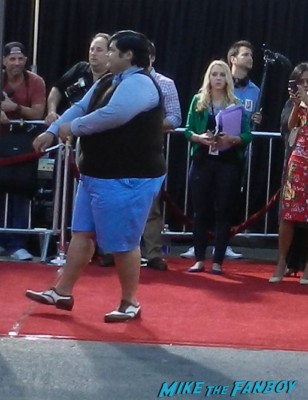 6:54 p.m. – There’s a Google street view car… Oh crap… It’s Vince Vaughn and Owen Wilson arriving to the premiere together. Lord, this is going to suck. 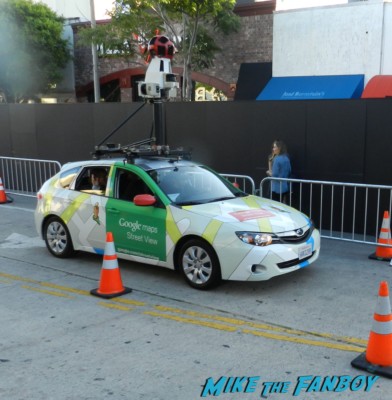 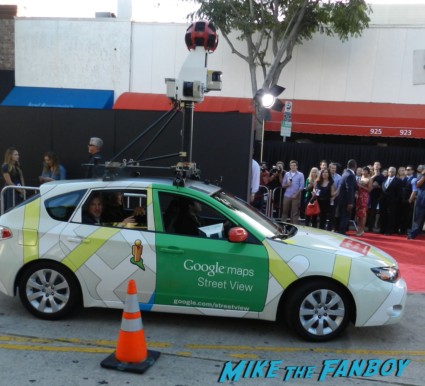 6:56 p.m. – Both Owen Wilson and Vince Vaughn are coming over together. Both are not the easiest people to get so, who the hell knows. Vince is closer to us now and then starts to head away from us to the left. Shit. Owen is even farther down. 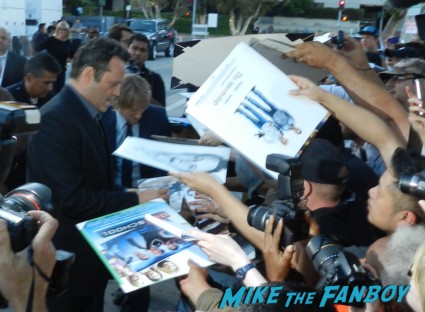 Then Vince starts skipping around. He signs a few and then gives the pen back. Stops, signs a couple and hands the pen back. He also skips around a lot. Sigh… he’s coming back our way.. .He signs for the person over from Karalee and sadly ignores her sign for a photo. 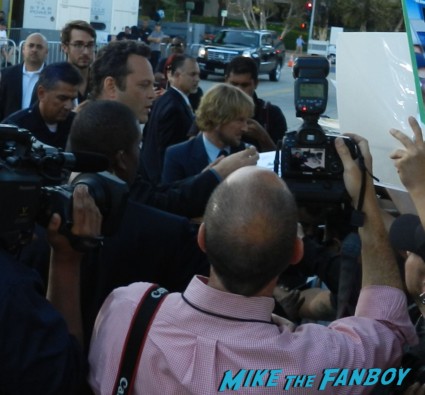 I say to Vince, “Vince would you mind signing my Dodgeball poster please?” He grabs my pen and signs it for me. Then signs another and hands back my pen. I thank him and he says, “Sure” or something like that. 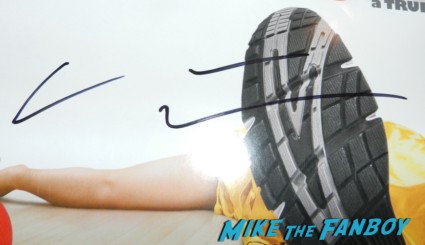 Owen Wilson is around us now and completely skips our entire section for no reason! I’m like what the hell dude. Karalee is going to hold the fort down and I run down and try and get Owen. 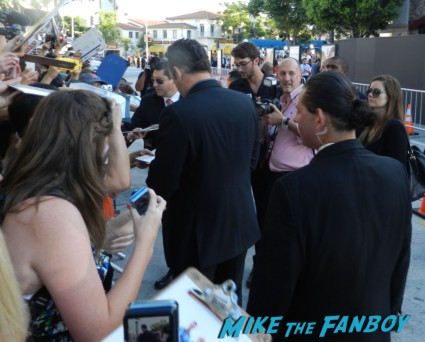 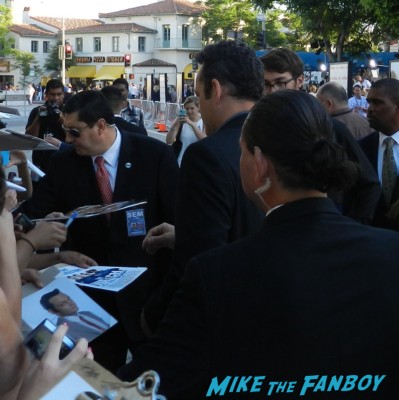 I hate going second row so I go down pretty far where it’s only on deep and hold up my Cars mini poster. Own sees it and grabs it from me. I didn’t like throw it over anyone just trying to be nice which I think worked out in my favor. 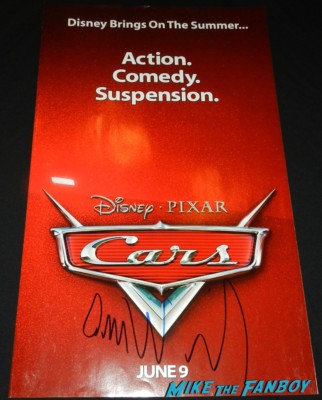 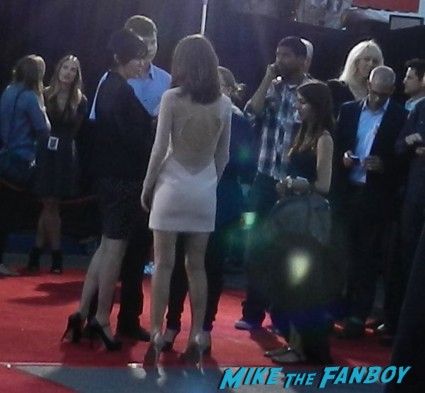 She doesn’t really look over and then comes over and I think she signed… Maybe 7? 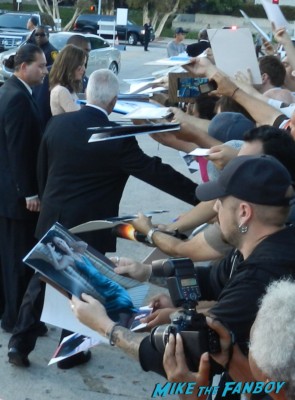 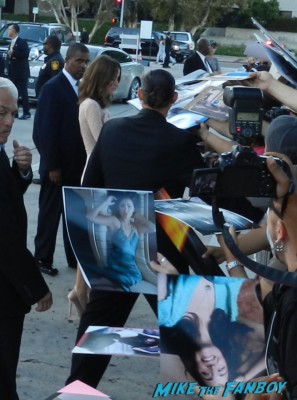 At least she came over but come on?!? She didn’t move just stood in the same place.

And that as we say is that. I didn’t expect much out of this one, but to be honest I’m happy my Dodgeball mini poster is complete. And yes, I’m calling it complete. I have to tell ya, Vince Vaughn has a crappy autograph. LOL… Still, I’m glad it’s done. It’s one of my favorite movies and is frakking hilarious! 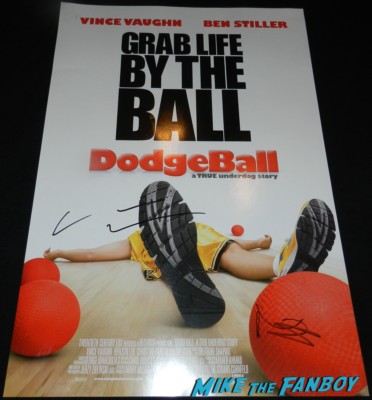