Everyone keeps talking about the ‘Golden age of television’ that we are living in these days. The truth is, we have so many outlets creating so much amazing content it’s hard to keep up with it all. Everyday I get someone saying to me, ‘have you seen…’ and to be honest most times I have to answer, ‘it’s on my list to check out.’ It’s an embarrassment of riches but also very telling that every cable network, that used to broadcast tv sitcom reruns or cheesy crime dramas now have not only original content, but content that’s high quality and worth looking for.

Cinemax is one such network. They were known for over the top skin flicks but now have transitioned into a top tier cable network. With Robert Kirkman’s Outcast, Strike Back and now The Knick on their list of original series, the network is doing quite well. 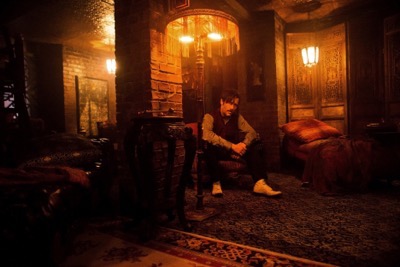 The Knick: The Complete Second Season is out now on Blu-ray and if you haven’t heard of the series or checked it out, it’s worth doing so. The series is set in the late twentieth century at the Knickerbocker Hospital in New York, which is dubbed The Knick for short. The series follows Dr. John W. Thackery (Clive Owen) who struggles with the limits of then modern medicine as well as his addiction to cocaine and opium. Dr. Algernon Edwards (Andre Holland) who is a African-American surgeon who is fighting for acceptance with the predominantly white hospital staff.

The stamp of Steven Soderbergh is all over the series, while he doesn’t write the episodes, he pretty much does everything else including direct, edit, shoot and create the visual style of the series. This is ever so prescient in the opening shot featuring the young Lucy Elkins (Eve Hewson) a naive nurse on her way to work. The city rumbles around her as she speaks in voice over. John Thackery is still missing and Lucy is sorting out her feelings. The city becomes such a character, it’s almost like it’s no longer just a setting. It’s a masterful sequence that only someone like Steven Soderbergh could put together.

When we last saw Dr. John Thackery, he succumbed to his addiction and even suck lower finding heroin while in recovery. In season two the chaos is still very present. Neely (Juliet Rylance) has left for San Francisco and is having difficulty going through the motions of being a wife to a man she doesn’t want to be married to. She was in love with Dr. Algernon Edwards and he was the father of her aborted baby. 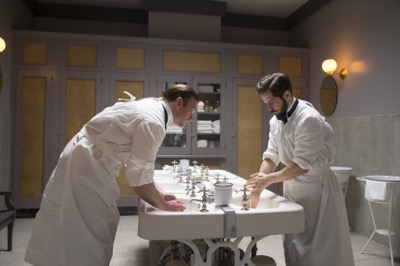 The hospital itself is closing down and there are plans to relocate uptown, so that a higher quality of clientele can be wooed. Algernon is the acting chief of surgery but since he is African American, he’s struggling with hospital board members and can not seem to fit in. Dr. Thackery returns, however he has a detached retina which is making his ability to operate on patients difficult.

In fact, it seems like every character in The Knick is having either a mental breakdown, or an existential crisis. People get put into sanatoriums, are paranoid, dealing with drugs, depression and everyone is taking desperate measures to try and help the situations. It’s a harrowing and gruesome series not for the faint of heart. Not just the very graphic medical scenes but also the heavy situations the characters find themselves in.

The actors are what really bring the series together and sell the show. Clive Owen n particular is wonderful as the drug addled Dr. John Thackery. He brings a sense of gravitas to the role and you can almost feel his pain. It’s an amazing performance that’s more than award worthy. Equally excellent is Andre Holland as Dr. Algernon Edwards. He deals with such difficult situations and he is able to carry such a heavy burden with just a look or glance. It’s a very nuanced performance. 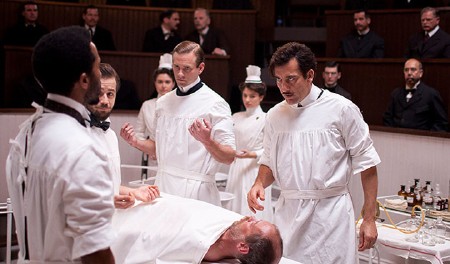 The Knick: The Complete Second Season arrives on Blu-ray in a fine transfer thanks to HBO. The series is available on DVD and Blu-ray,  and I have to tell you the transfer really does the series justice. The period costumes and set decoration really stand out on the high definition transfer and fine details can still be seen quite well. The color palate also looks great with the subtler browns of interiors balancing with the outside hustle and bustle of the city. All in all, it’s very well done.

The Knick Under Construction – This is a short guided tour of The Knick sets. It’s really worth looking at, I love the set design in the series and you can really appreciate all the hard work that goes into it here.

Inside the Costume Shop – Another featurette that looks at the costumes of the series. Again you will really appreciate the detail and care that goes into everything once you see this.

Invitation to the ball – This is a look at season 2 episode 7. The charity ball sequence features an amazing tracking shot, and this short feature will show how it was done and crafted.

Inside the Body Shop – This is a set of four mini features that look at different surgeries. Not for the faint of heart.

Behind The Scenes – This is a sequence of five different featurettes with the cast and crew talking about different plot lines and the heavy subject matter of the series. 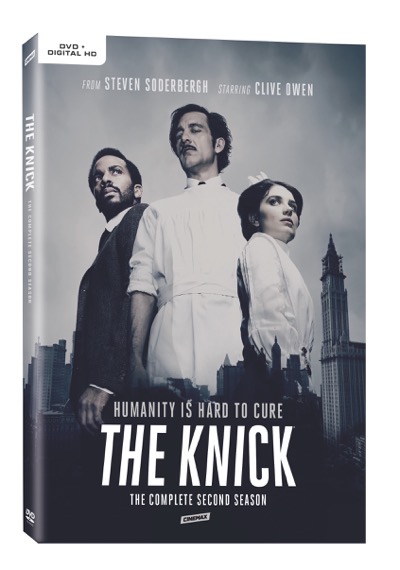 Overall, I enjoyed The Knick. it’s a hard series to watch at times, as it’s unflinching and candid. The series doesn’t pull punches and it deals with subject matter like race relations, feminism, addiction, corruption, mental illness and more. It’s definitely worth checking out.

The Knick: The Complete Second Season is out now on DVD and Blu-ray!