Music and film have gone together hand in hand for decades. In fact, “silent” films would employ a score even though there wasn’t actual dialogue. The only way you would know how to react would be through the prompting of the music, in fact film scores today still employ this technique.

I always find it interesting then when films about singers or musicians are made because they have influenced film so much over the years. The most current film I’ve seen, The Last Ride, is the story of Hank Williams AKA Music’s original bad boy. 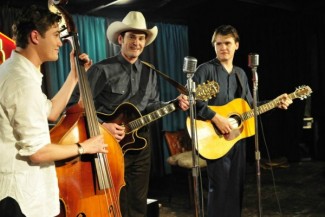 Silas Cobb (Jesse James) is hired to drive country music star Hank Williams (Henry Thomas) from Alabama to Charlestown, West Virginia. Silas has no idea who his passenger is, only that his name is “Mr. Wells.” Silas is a good boy, nice, conscientious, and polite but knows nothing about music in general let alone country music. He’s tasked with keeping Hank from chasing women, doing drugs or drinking. You can probably see how this is going to go. 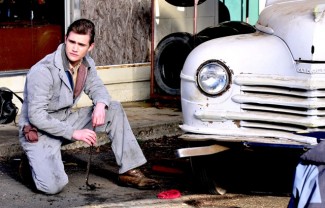 This “Mr. Wells” is very stubborn and wants what he wants, when he wants. His health may be failing due to his hard life of partying but he’s still extremely hard headed. In fact most of the film rests on the two leads shoulders and the most poignant scenes are when the two leads start to form their bond during the trip.

As Silas, Jesse James brings a lovable sweetness to the role. He plays the aw-shucks country boy very well and it the real breakout star of the film. You can see the actor really creating a character and owning it which is nice. Henry Thomas as Hank Williams didn’t fair as well, but to be honest he has the harder role. Clearly Thomas is way older than the 29 years he is supposed to be in the film, but there’s not really a glint of what made Hank Williams so popular in the first place. He was good, don’t get me wrong but it’s as if he never got that glint of faded glory that all former or sometimes current stars have. 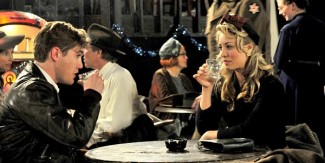 The rest of the supporting cast does a fine job, Kaley Cuoco as the fleeting romantic interest, is cute without being cloying. Fred Dalton Thompson does his usual gruff I’m trying to be a badass role. All are fine and dependable.

The one major criticism I would have with the film is the clearly low budget production quality. The snow scenes in particular where glaringly obvious and really jolted me out of the mood of the film. The special effects were really bad and very distracting. I was like, there are green trees and grass and it’s supposed to be snowy! 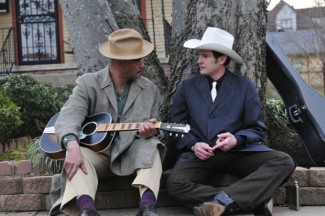 There was a distinct lack of special features, which I always find sad and truthfully given the subject matter there could have been a lot of cool stuff for them to do.

Overall though, it’s totally picking up if you’re a fan of music biographies and Hank Williams in particular. At the very least it will make a nice rental at Redbox. 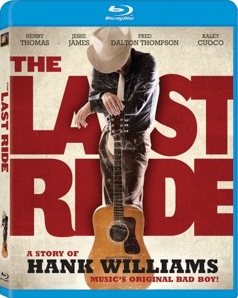