Home / JM • Reviews / The League Season 4 DVD Review! Who Will Win The Shiva Trophy This Year?!?

JM is back and he has an awesome review of The League season 4 on DVD! JM does an awesome job taking a look at the Fantasy Football series making it’s way to it’s new home on FXX this season!

Fantasy Football finally returns and what better way to celebrate than with “The League.” After four fantastic and funny seasons, the gang is all back and trying to top one another to obtain the coveted “Shiva” trophy. Although no longer on FX, the show continues its dominance on the recently created channel, FXX. 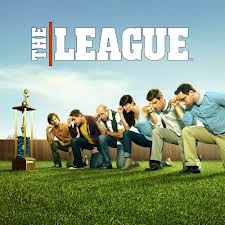 “The League” follows the lives of several close Chicago friends fighting one another for league dominance and they will absolutely stop at nothing to beat one another for the coveted Shiva trophy, their league’s championship trophy. Named aptly after high school valedictorian classmate Shivakamini Somakandarkram (Janina Gavakar from “True Blood”), who is greatly revered by the group. Best friends Kevin (Stephen Rannazzisi), Pete (Mark Duplass), Ruxin (Nick Kroll), and Andre (Paul Scheer) have been friends since high school and are completely obsessed with fantasy football. Constantly mocking and manipulating each other, they play against Kevin’s wife Jenny (Kate Aselton), Pete’s brother/Jenny’s Brother-in-law Taco (Jon Lajoie) and several out-of-towners in a highly competitive league. 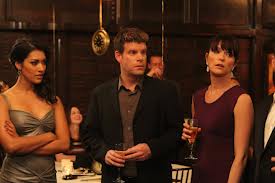 Last season Kevin won “The League,” but it was soon discovered that there was league collusion during draft day. Ruxin’s recent stroke and discovery that everyone “re-drafted” when he won the first pick resulted in a tainted trophy win for Kevin which left the league in jeopardy Season Four opens up just before draft day with Ruxin fantasizing about his draft picks and its soon revealed Kevin has stepped down as league commissioner (and “traded” away naming rights) to retain his Shiva championship while his wife Jenny is pregnant. 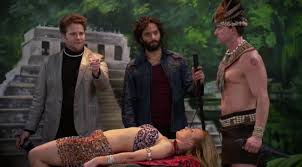 Thanks to an accidental, yet brilliant acquisition by Taco, the gang receives an invitation to Cowboys training camp. After arriving back home to Chicago, the boys witness Jenny going into labor while she’s in a parked car. Not wanting to disrupt tradition, the gang drafts inside the delivery room where its revealed Kevin traded away naming rights to Ruxin, who then traded them away to Taco for the first pick in this year’s draft! Once again, the season premiere provided another memorable start to one of the most clever comedies on TV! 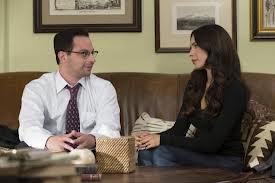 Husband and wife writers/directors Jeff Schaffer and Jackie Marcus Schaffer continue creating an amazing ensemble comedy that delivers the goods. Before this show existed, many of my friends questioned why it was fun playing “fantasy sports” and “The League” provides a pretty accurate account of what its like. The great thing about this show is the wonderful improvisational allowed on set and besides the main cast, most of recurring and guest stars possess a standup/comedy background which really allows for the show to play off obnoxious and spontaneous taunts throughout the entire series. 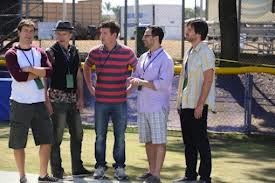 Besides Janina, two of the best recurring characters are Ruxin’s Latina wife, Sofia, Ruxin (Nadine Velazquez), and Rafi (Jason Mantzoukas), Ruxin’s brother-in-law. What’s even more remarkable are the guest stars this series continues to attract and don’t be surprised if you wind up seeing multiple cameos in this season’s episodes. 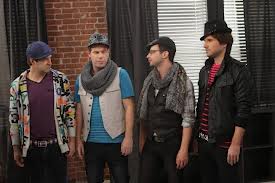 The Season 4 DVD possesses a decent amount of special features including plenty of extended scenes and alterative takes. The best part of all the special features is the Gag Real and is a must buy for comedy and fantasy football fans.

THIS IS A MUST BUY! 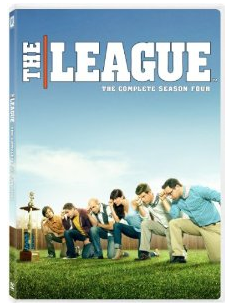