Growing up is hard, learning about the ways of the world, life, death, these are central themes in anyone existence and fitting them into a child’s animated feature is difficult to say the least. When you see a classic film, you know it. It’s some kind of magic that’s impossible to put your finger on, so many filmmakers have tried to ape or copy or yearn to get that magic to appear onscreen even some classic directors and writers have failed in this task. So, when a film comes along that fits the bill, you want to really cherish it and appreciate it for all its glory. 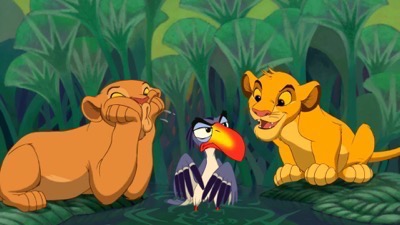 One such film is Walt Disney’s The Lion King, out now in a new Circle of Life Blu-ray edition. The film is easily one of the Disney classics and it’s in a word… Timeless. The Lion King is almost Shakespearean in a way, the death of a father, the searching for meaning in one’s life and finally defeating the creature who threw one’s life into chaos and taking one’s rightful place as the leader of the pack.

Simba (Jonathan Taylor Thomas) is a Lion born in the Pride Lands of Africa. He’s a cub and the son of the king Mufasa (James Earl Jones). Mufasa’s evil brother, Scar (Jeremy Irons) has his eye set on ruling the land and teams up with a pack of hyenas to murder Mufasa, he then pins the horrible dead on an impressionable Simba, who flees on his own to deal with his guilt and shame.

Simba heads into the unknown wilderness where he meets Timon and Pumbaa (Nathan Lane and Ernie Sabella) a Meerkat and Warthog who help Simba grown up and they become pals. As Simba (now voiced by Matthew Broderick) grows up, and returns back to his people to regain his rightful place as king.

This is a lofty film and it’s buoyed by a stellar soundtrack by hit master Elton John. It’s a film that’s resonant on so many levels to so many people. The idea that a Lion, a Meerkat and a Warthog cannot only get along but be friends stood out to me the most in our current times, but it’s even more than that. Mufasa’s death will forever be one of the most powerful animated scenes in history, so compelling and so vibrant, it’s an emotional roller coaster of epic proportions. 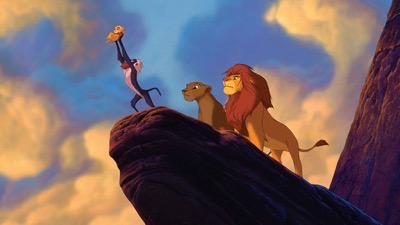 The thing that amazed me the most about the film, watching it now as an… Ahem… A little older adult, is how the pacing is so perfect. Nothing seems rushed or glossed over. Samba is given time to be a kid, to grow up, to be angsty and to be the leader his people needs. He also falls in love with Nala (Moira Kelly) along the way. The characters are so expressive and full of life, it’s like they just pop right off the page. It’s a stunning piece of work.

The Lion King: The Circle of Life Edition comes to Blu-ray thanks to Walt Disney Home Video. I believe that this is the same Blu-ray version as the Diamond Edition that was released previously, but the transfer itself is pristine. The colors are so vibrant and clean, you would be hard pressed to have any desire for a different transfer. Animated has always seemed to really pop on high definition and this transfer is no different. It really is like seeing the film again in a new light.

Special Features on this disc include:

• Visualizing a Villain – This is a unique feature where an artist paints a portrait of Scar while dancers perform around him.

• The Recording Sessions – This feature shows archival footage of the original voice actors in the studio.

• Inside the Story Room – This is a set of five different mini features, you can play them individually or all together. They are story room sessions and I really liked this feature. Worth checking out.

◦ Simba Takes Nala Out to Play

◦ Rafiki and the Reflecting Pool

• Nathan and Matthew: The Extended Lion King Conversation – This is a nice feature that has Nathan Lane and Matthew Broderick looking back at voicing characters in the film.

• Bloopers & Outtakes – These are a mix of real outtakes and ones created for the last release.

• The Morning Report: Extended Scene – This is a musical number cut from the original film.

◦ Scar Wants Nala as his Queen

• Song Selection – This is a sing along bonus feature featuring five songs from the film.

◦ “Can You Feel the Love Tonight”

• Classic Bonus Preview – This is basically an ad for the digital copy and what other features are available. 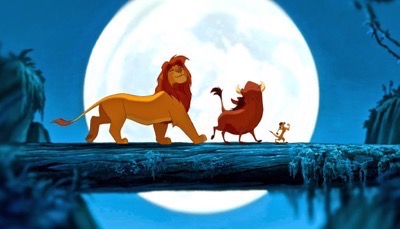 Overall, there’s honestly not much more you can say about a classic like The Lion King. The new Circle of Life Edition will make a fine addition to anyone’s collection and would be great for gift giving this holiday season. The transfer is stellar and the special features with the re-buy if you already have a copy.

The Lion King: The Circle of Life Edition is out now on Blu-ray!