And in true Fangirl fashion the Lovely Erica celebrated the day of her birth by going out and about to meet the cause of so may misbegotten slave leia costumes at Comic Con the legendary Ms. Carrie Fisher!

Ms. Fisher is in the Windy City doing a rare talk show appearance and Erica is hot on the scene! Check out her full Birthday report after the jump!

The amazing Carrie Fisher is in town with her one-woman show “Wishful Drinking.”  It’s a hilarious look at her life and if you didn’t know how funny or what a great storyteller she is, you should see the show!  (The abbreviated HBO special doesn’t really count…)

Anyway, Carrie is out and about while the show is in town and I’m hoping to get a quick second with her for a picture and a signature.  I get word that she’s doing some press so I head over, hoping to get lucky.  Carrie won’t sign anything Star Wars unless she’s doing an official signing, but I’m hoping to get her on my “When Harry Met Sally…” laserdisc as it’s one of my favorite movies and she’s terrific in it.

I arrive and see a few familiar faces and, thankfully, it’s just the cool people hanging around.  Apparently Carrie refused to sign anything Star Wars on her way into the building (even started to hurry away when she saw all the posters) so a bunch of the professionals left.

We hang about and then we finally see signs of life!  I see a guy with a Star Wars one sheet and warn him that she will refuse.  The guy obediently puts away the poster and we all breathe a sigh that we won’t be scaring her off.  Whew!

Carrie is great and begins taking pictures with us. We are very organized and polite and we wind up forming a quick line.

Paul is the first to go and gets a nice shot with Carrie. 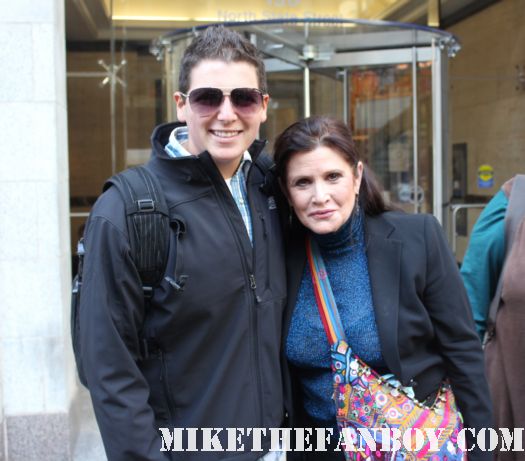 He then takes a great shot of me with her as well!  Yeah! 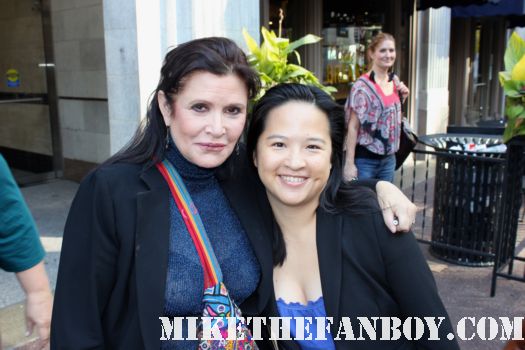 After everyone gets their picture, I ask her to sign my laserdisc.  She refuses at first and then I plead that it’s my birthday (which it is!). She gives me a smile that says “ok, that’s a good trump card” and she signs for me as a birthday present!  Yeah! 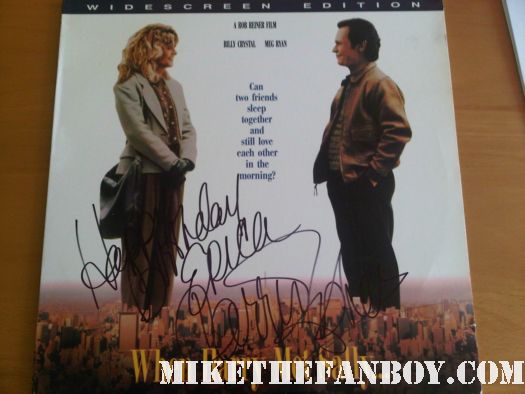