ABC Family has just released the first season of Jane By Design on DVD, and The Lovely Erica decided to give it a spin.

The series revolves around Jane who is in high school but pretends she’s older so she can work in fashion with Andie MacDowell. Shades of The Devil Wears Prada for sure, but possibly fun for kids!

What did Erica think of it? Check out her review after the jump!

After being pelted with ads for the new ABC Family TV show “Jane by Design” during all of their Harry Potter marathons over the holidays, I was curious to see what all the noise was about.

Jane Quimby (Erica Dasher) is a high school student who needs to find a job. Since her father died, her brother Ben (David Clayton Rogers) is now her guardian and he’s having trouble keeping the house. Jane interviews for an internship at a fashion house and, by mistake, she gets a part-time job as an executive assistant to the creative director, Grey Chandler Murray (Andie MacDowell). Since Grey is constantly traveling, so she gives Jane plenty of responsibility – all the while not knowing that Jane is a teenager. 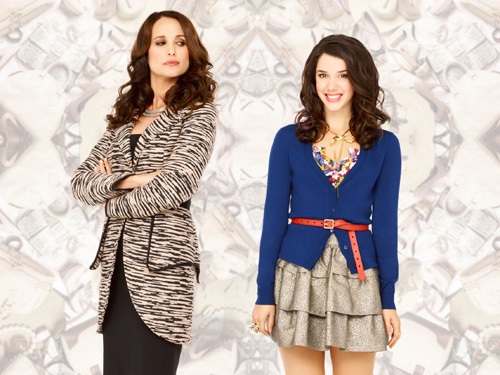 This leaves Jane to fight through some of the office politics with an ambitious accessories designer named India (played by India de Beaufort) and their lead designer Jeremy Jones (Rowly Dennis). It is rather creepy to see the adult Jeremy hit on the teenage Jane.

Meanwhile, no one at school knows that Jane has a part-time job. They believe she’s doing an internship so she has to keep up her “double-life”. The only one who knows about her double life is her best friend Billy (Nick Roux). The two are misfits at school and not in the popular kids’ crowd which includes Lulu (Meagan Tandy) and Jane’s long-time crush Nick (Matthew Atkinson). 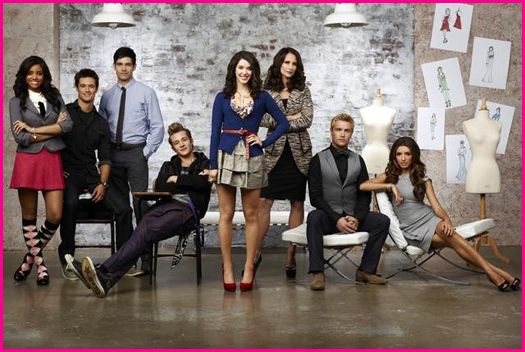 Plausible? Not even close. But that really isn’t the point, is it? This is about tapping into a teenage girl’s dream of finding her place and making a difference.

While the show is about a fashion house, fashion is rather secondary — mostly the big decision in the office is what chunky necklace goes with the outfit. For a girl who is supposed to be vary fashion savvy with several new outfits a day (for school and then for work), her closet is surprisingly sparse. Really, this show could be about a magazine or video game company with very little adjustment. However, there are occasional cameos from some players in the fashion industry which are always a little fun.

The stories focus on the female characters so they really need more depth to pull off the stories. Erica Dasher gives Jane a lot of perkiness, but not a lot of substance. Andie MacDowell doesn’t really carry off the scheming or bitchiness that the show really needs. The cast is generally serviceable, but it’s hard to find any real standouts. Likely the characters and writing will settle more in the second season.

Season 1 is out on DVD now. Season 2 begins in June. 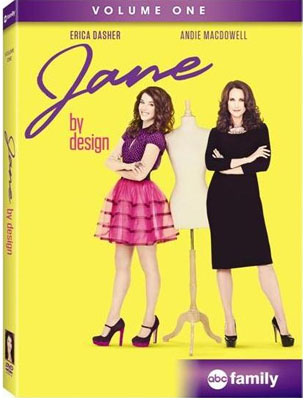