Sigh, I’m so jealous, while I’m here nursing a fever on the couch and rewatching the Facts of Life season 5 on DVD, The Lovely Erica is out and about in the Big Apple. You see this weekend is the New York City Comic Con and Erica is out looking for fun, adventure and perhaps a superhero or two…

Erica was lucky enough to get her Avengers poster started, see some props and costumes and more! Check out her recap of New York Comic Con part 1…THE AVENGERS!

And keep an eye out for the rest of her coverage of the convention and New York coming soon!

Sometimes a trip or a weekend has a theme. For instance, I could summarize my experience at this year’s San Diego Comic Con by saying “gladiators.” This past weekend, I headed out to New York Comic Con (NYCC) and I can summarize it with one word: Marvel.

Marvel was the first booth I saw when I entered the exhibit hall — kind of hard to miss when the booth is constructed around the set of next year’s most anticipated film, the Avengers. Yes, Marvel trucked out the full helicarrier set, complete with a couple of S.H.I.E.L.D. agents in costume! 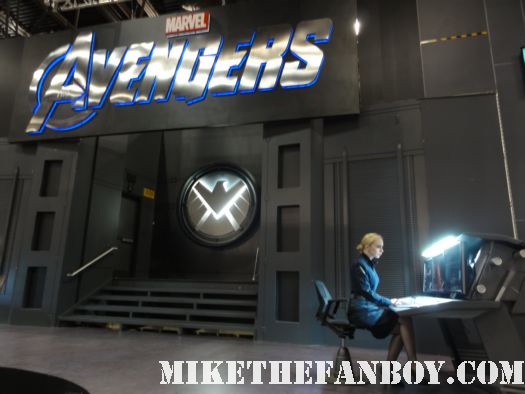 Marvel was also the most generous booth with tons of swag — enough that just about everyone came away with a major prize. In addition to the usual comic previews, posters and buttons, Marvel features the Super Happy Giveaway Hour (with some really high ticket goodies). 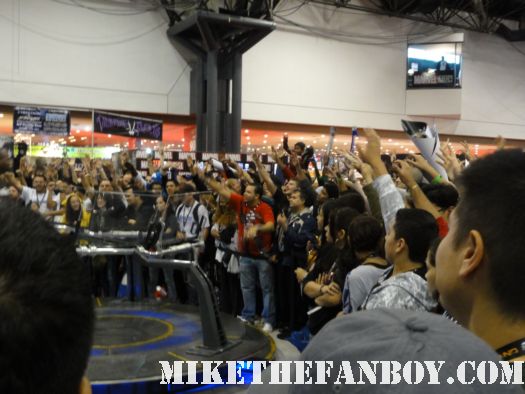 And if that wasn’t enough, they also gave away t-shirts for the Avengers. And not just any Avengers shirts! The had a shirt for each one of the Avengers! Thor (blue), Captain America (white), Hawkeye (burgundy), Black Widow (black — duh!), Iron Man (red) and Hulk (green). They gave away hundreds of shirts each day, always careful to prioritize the kids. 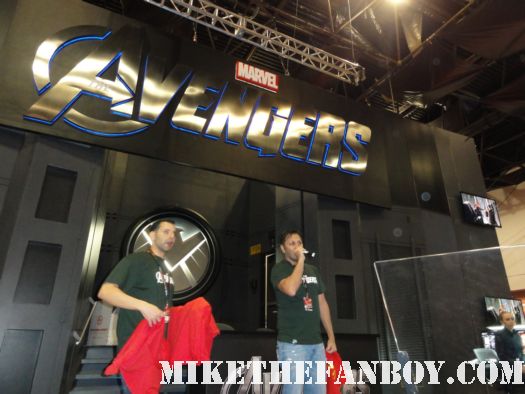 Because also, by some miracle, Marvel understands that fans come in all shapes and sizes and they actually have shirts in a full range of sizes. No way! I can actually wear something!

And if that wasn’t reason enough to check-in at the Marvel booth, there were also a couple of major signings with the cast members from the Avengers!

Clark is one of the friendliest guys on the planet and comes out to greet the crowd and introduce Cobie. 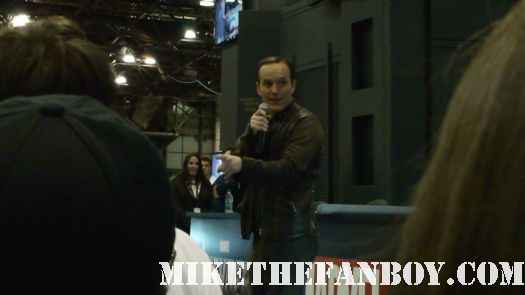 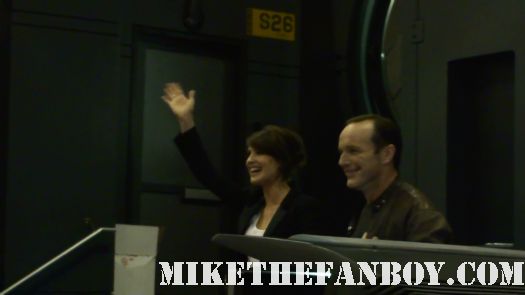 He’s having a grand ol’ time with the crowd, dancing to Madonna, talking trash about the Lakers and somehow connecting this all together. Watch the video…words can’t accurately describe this!

Throughout the signing, you can see both Cobie and Clark amiably chatting away and taking pictures with fans. Afterwards, they head up to the Marvel Live! booth and chat with even more folks. So fan friendly! 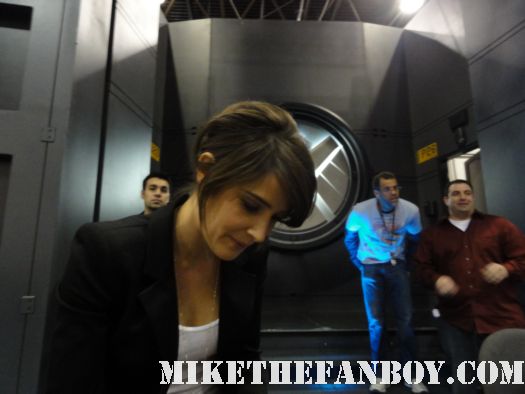 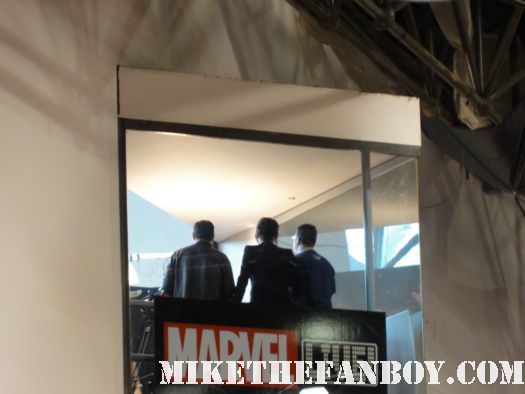 Soon afterwards, Marvel hosts another Avengers signing, this time with Chris Evans (Captain America, fresh off of one of the biggest films of the year) and Tom Hiddleston (Loki in this year’s blockbuster, Thor). As you can imagine, this was a particularly crazy signing!

By some miracle, I actually get into this signing (there is a lottery drawing in the morning) which is packed with people everywhere. 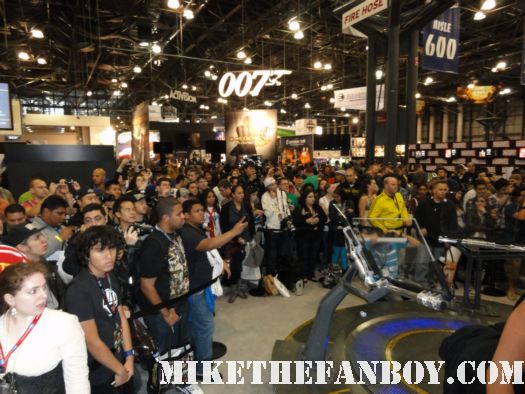 Both actors were very friendly with Tom the more outgoing of the two. 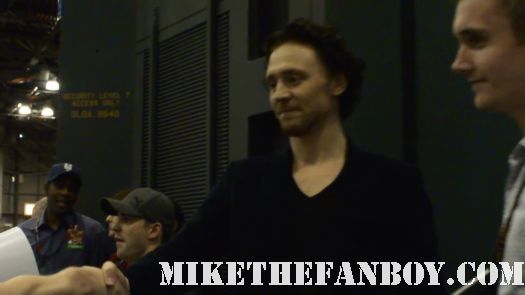 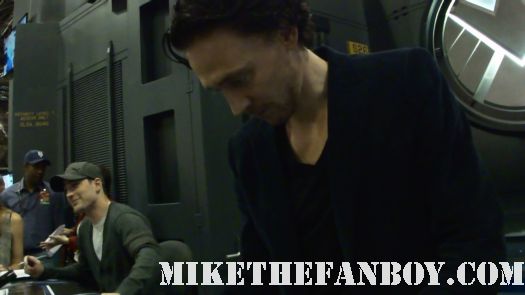 Chris was very nice, but more shy with fans. He seems more comfortable with fans then he was several years ago and I even get a wink from him. Woo hoo! 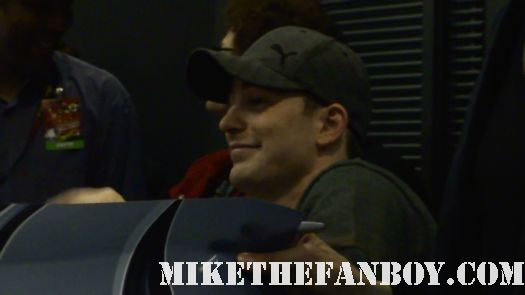 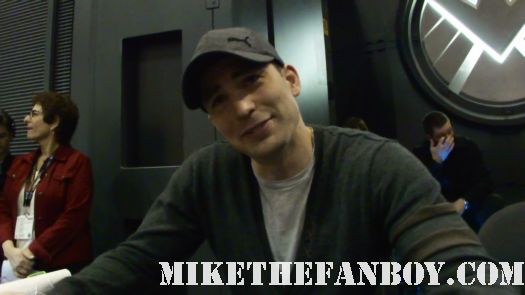 Despite the large masses of people, everything was run smoothly at the booth and the only protests and riots were the ones in Times Square and Wall Street.

The Marvel booth also hosted a number of panels and demos including those for several games including the Super Hero Squad on uDraw (featuring Squirrel Girl!) and Marvel Super Hero Squad Online. The Online team was particularly friendly and rewarded people in costumes with t-shirts, even if they weren’t in Marvel costumes. 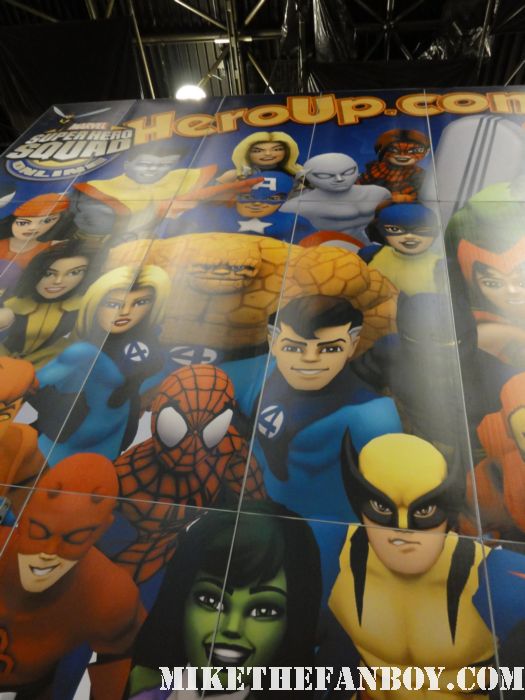 It’s hard to believe how far Marvel has evolved its convention presence at from a humble booth with a single table and a handwritten signing schedule list, to the most elaborate booth at the convention featuring the set from the most anticipated film of next year.

But wait! There’s still more Marvel away from the Marvel booth!

Propworx brought in a selection of Iron Man 2 props for their upcoming auction. 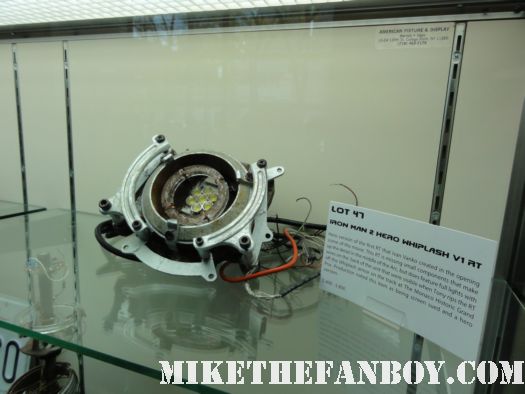 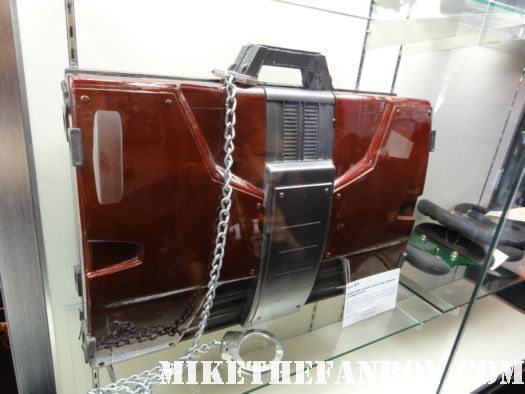 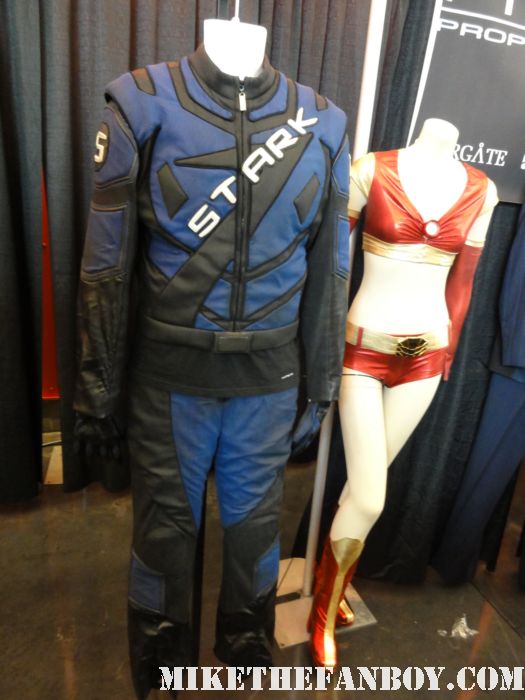 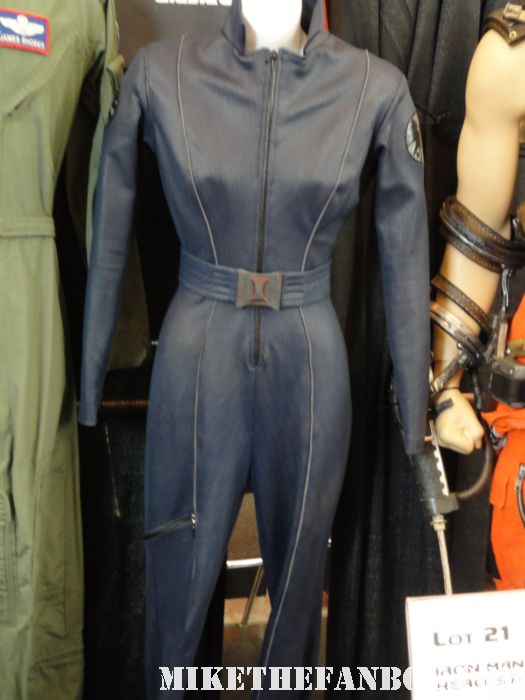 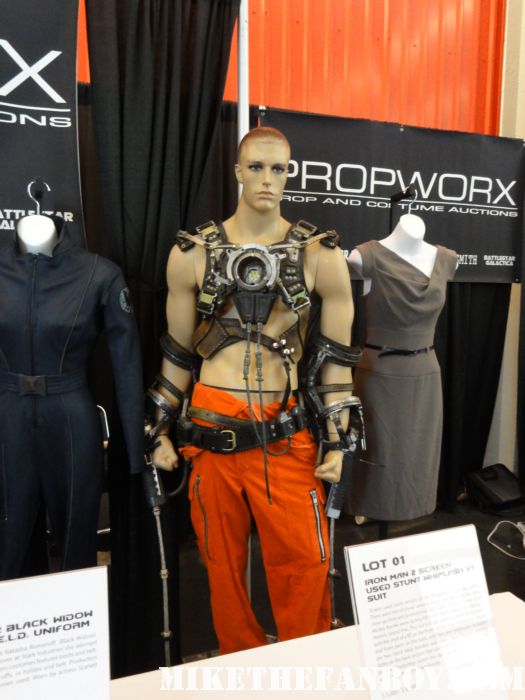 Also, Simone Legno, the creator of the criminally cute Tokidoki characters was also at the show. Tokidoki has an license with Marvel that has just been extended for another year. Yeah! Simone is the nicest guy and sketches and signs for hours. Check out the shirts, hats and other items as all the designs are available for a limited time and change with the seasons. 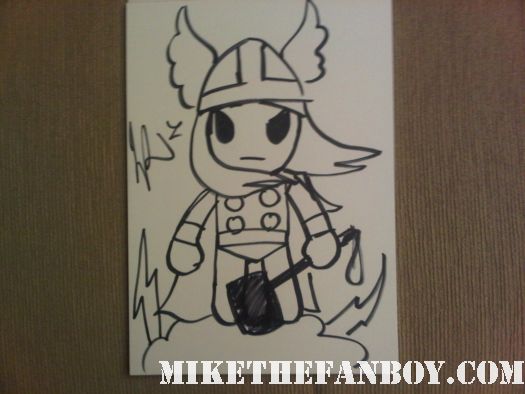 So NYCC was a lot of fun and I’ll post more on that later, but I have to say that Team Marvel was terrific and they really took care of the fans.

Can’t wait for May 4th when the Avengers kicks off the summer next year!!!