In her final New York report The Lovely Erica recaps an amazing trip that has been pretty unbelievable. Les Miserables, The Hobbit, Downtown Abbey, can I get a damn?!? If there was ever an epic trip, this would be it!

There were a few other random encounters that Erica had as well and they were pretty awesome! Man, talk about jealous! LOL…

Check out Erica’s New York recap after the jump!

In addition to the Big Events (Hobbit premiere and Les Miserable premiere), there were a few other chance encounters in New York…the city that never sleeps and apparently that means me, too!  (And my sister Linda and Big Apple Elisa)

Academy Award winning director Ang Lee was out to promote his latest film, the beautiful Life of Pi.  I’ve been a big fan of his since Eat Drink Man Woman and he’s often in Taiwan so when I heard he was doing a Q and A, we had to go.

We’re there very early and are chatting and waiting for him to show.  I’m looking west while my sister is keeping an eye out to the east.  After a while, I see a man who’s walked passed my sister and think “there’s a Chinese man.” And then I realize it’s Ang! Ah!  He’s walked right by us!

Thankfully it’s dark he’s searching for the door for the Q&A so we get a quick second to stop him – and unfortunately he gets handed the world’s worst silver Sharpie.  UGH!!! 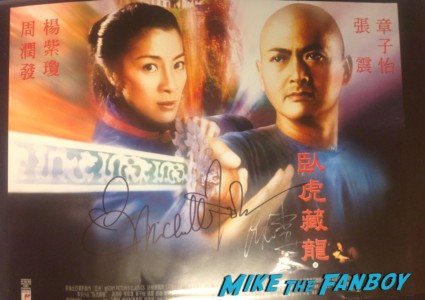 He seems rushed so I don’t get a chance to change pens (Drat, drat, drat!), but I do get to comment on how beautiful Pi is.   Ang smiles and we somehow get on the topic of the 3D and Dolby Atmos.  He’s excited and surprised as we discuss where we saw the film. Not really where I wanted the conversation to go, but okay. Such a nice guy. Yeah!! 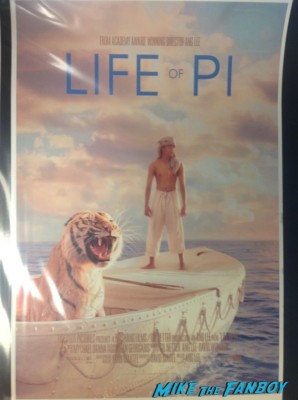 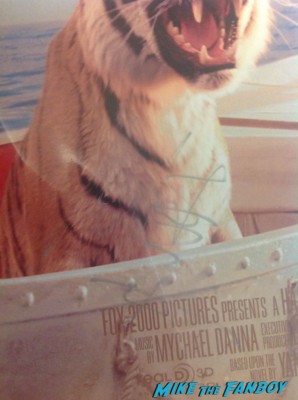 And there were more directors out in New York….Kathryn Bigelow and Jessica Chastain were promoting Zero Dark Thirty. Kathryn’s people were trying to rush her off, but she stops and signs for me. 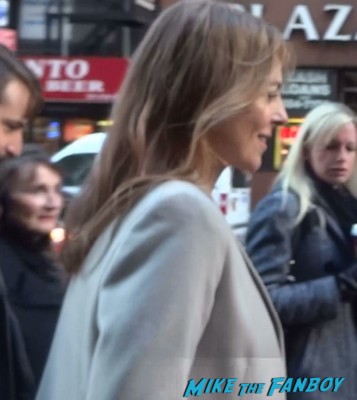 I’m learning that directors really like to sign at the bottom of posters and that’s where she signs – right over Anthony Mackie and Brian Geraghty.  Uh huh. Ah well! 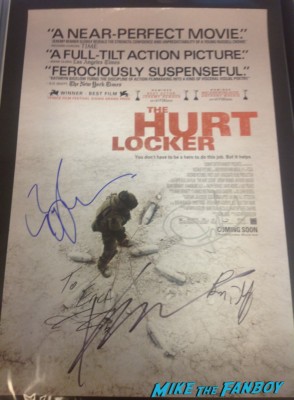 Jessica Chastain exits and is as sweet as ever. 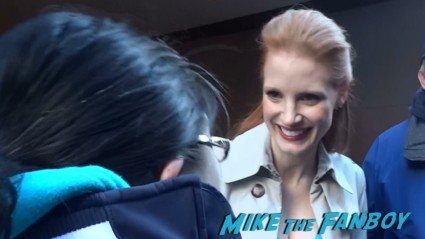 She stops and signs and takes pictures in her dangerously high heels. 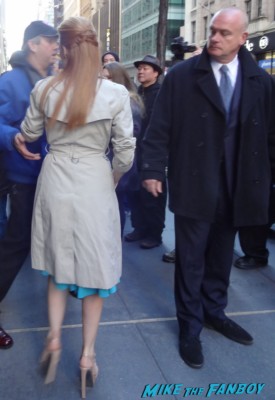 Big Apple Elisa is with me and both Jessica and Kathryn are both pleased to sign her Zero Dark Thirty one-sheet.

I also head out to nab Ethan Hawke who is on stage in Ivanov. Ethan is as nice as ever and stops to sign and take pictures prior to the show.  I get him to finish off my Dead Poet’s Society (yeah!) 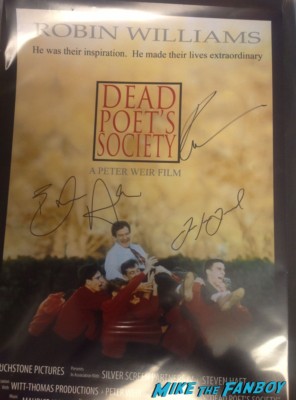 And so caps off an absolutely amazing trip to NY – packed with a ton of long-awaited premieres and people and some great success.