Gather the Men, Women & Children! It’s time for a premiere!

This premiere is really low key, this can be good and bad. It’s good because not a lot of people know about it, but then you are competing with a lot of other collector’s. 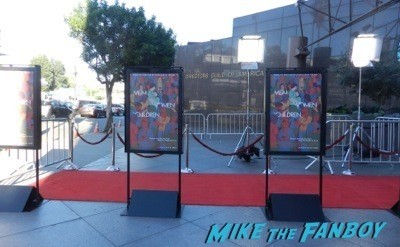 However, since it’s Jennifer Garner, I have to go! How much do I love me some Jen Garner? Love her. She’s not always the easiest to get, at the Draft Day premiere she signed everything put in front of her! But other times she’s very picky. You just never know which Jen Garner you’re going to get.

Also here today is Adam Sandler, and I have a couple things for him as well.

There are about 10 people or so here, like I said, it’s super small.

I didn’t get here early and I got a spot right in the middle, in the front. That never happens in this city of angels. 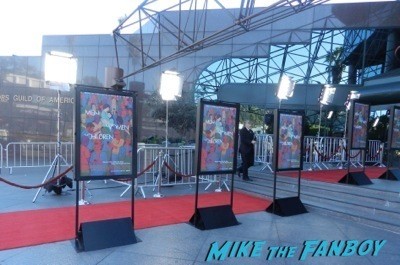 Now, I have a lot for Jennifer Garner, it’s cause I heart her, lol. I have an Alias mini poster, 13 Going on 30 promo Poise Magazine, some promo inserts, and an Alexander and the Terrible Horrible No Good Very Bad Day mini poster.

Arrivals have sort of started. Let’s say some people have been dropped off but it’s not anyone we’re looking for. 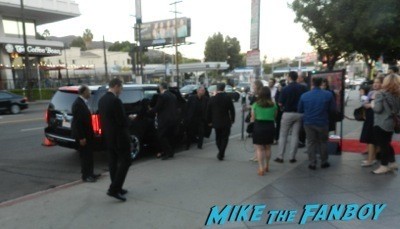 Then The United States of Tara star Rosemarie Dewitt comes on over. She is so nice. Seriously, I told her how much I missed her Showtime series, and she said, “Me too!” It was so good! 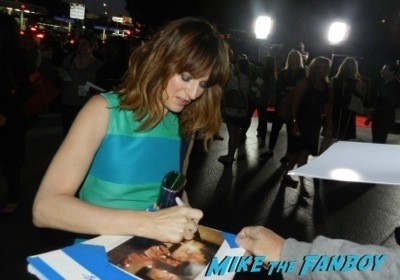 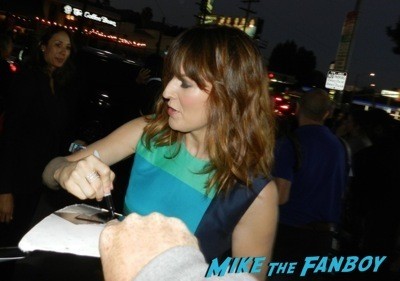 I didn’t have anything for her to sign, but it’s always fun to see her out!

Someone spotted Dylan Minnette from Alexander and the Terrible Horrible No Good Very Bad Day, and I whipped out my poster for him. Such a nice guy! He said, that Kerris Dorsey was here and he came with her. She was on the carpet

Mr. Simmons, was happy to switch to silver for my OZ poster and I told him he scared the crap out of me in that show. J.K. Simmons said, “Wait until the next part!” 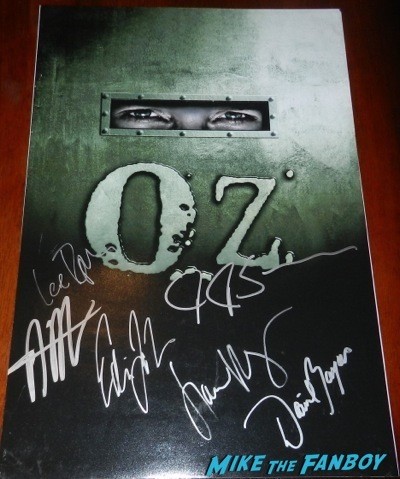 Then he was happy to sign my Juno mini poster. I had him personalize it to Mike, and I don’t think he’s personalized anything in a while because he said, “Oh, to Mike!” I love that poster! 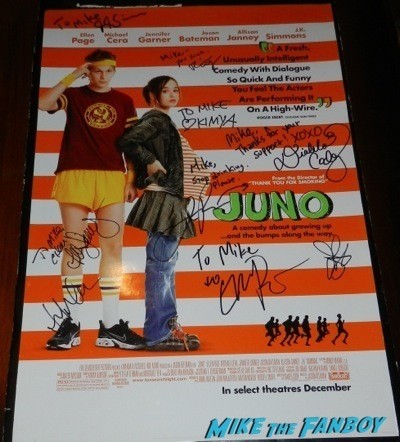 Then, we spotted Juno director Jason Reitman running up and I he came over for a hot second. I had him sign my Juno blu-ray. He’s super nice. 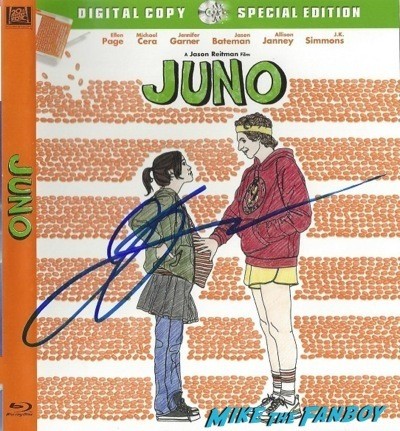 And how nice is this, Kerris Dorsey’s publicist brought her over to me, so she can sign my poster for Alexander and the Terrible Horrible No Good Very Bad Day. Awww… Talk about sweet! 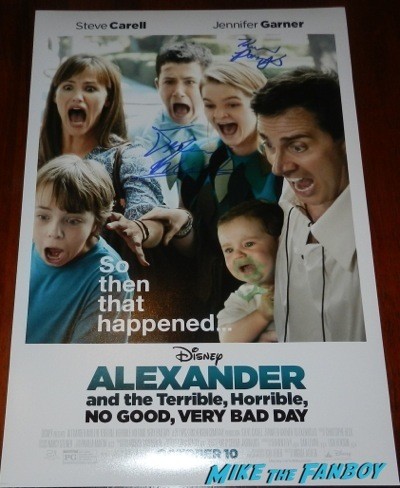 Dean Norris is next and came over to sign. I didn’t have anything for him, but he was cool. 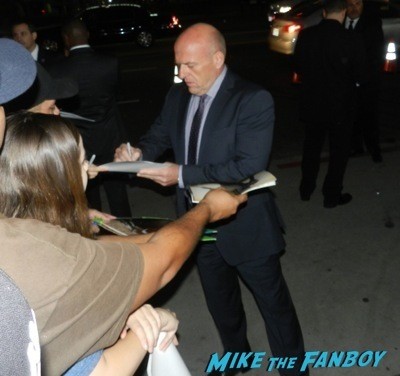 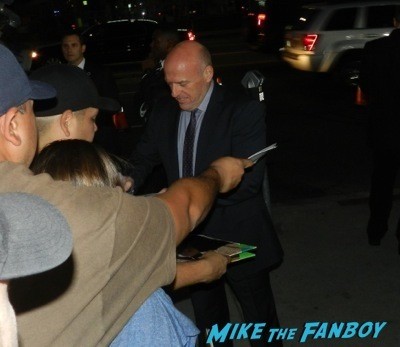 Then there’s Ansel Elgort. He walked over and looked and said, “I’m only going to do photos. I’m not signing.” Okay… Dude, you’ve done two movies, calm down. So, one person wanted a photo and he walked away.

Jennifer Garner was next and she didn’t look like she wanted to come over but she did. She started signing and then said, “You guys are being really aggressive and need to stop.” Ugh… She was being very picky. Sometimes Jennifer Garner signs everything, and sometimes she picks and chooses. Today is the latter.

She skipped my Alias mini poster, and finally I pulled out the 13 Going on 30 Poise magazine press kit and she looked at it, like she’s never seen it. lol. It’s a cool promo.

But even though she was signing, I could only get the one. Sigh… What can you do? I’m happy I got that. 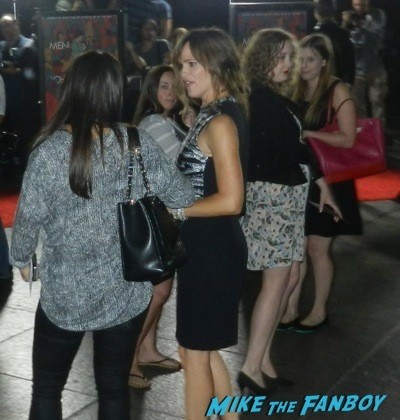 Adam Sandler actually walked up BEHIND us. We went over to him and he said, “Okay, go back to the front and I’ll do it.” So, I went back and he signed on the side. Not that many, and he stopped right before my poster. Nice.

Sigh… It’s been a rough day in general, after all the shit I’ve been going through I feel like I’m living “Alexander and the Terrible Horrible No Good Very Bad Day” but man, you just got to keep going right?

This was a rough premiere for only having a small amount of people show up!

Still, anytime you can get a Jennifer Garner… It’s a good day! 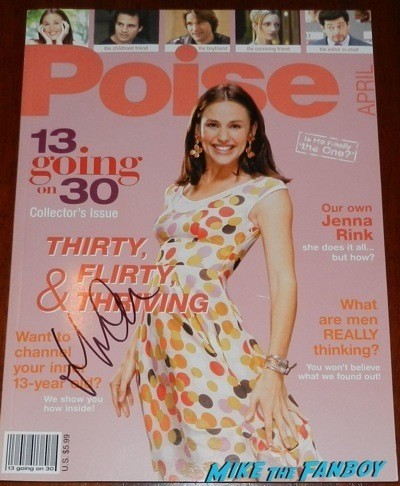