Home / On Location • The Scott-Files / Halloween With The Heck’s! Visiting The Sets and Locations From The Television Series The Middle!

I love stories like this! The Scott Files headed down to the WB Ranch and was lucky enough to get a tour of The Middle sets!

Talk about awesome luck! He even got to see Hugh Jackman! Say wha? I know!

I’ve been on the WB Lot numerous times but the WB ranch has always eluded me. Luckily, a friend was able to get me and my friends Sheila and Richard a drive on in early September. I had one goal, to see the house from “The Middle”. I knew the exterior was on the lot and in my dream scenario I would find said house, open the front door, and find the exteriors exactly as they are on the show. I know that’s not usually how it works. I’ve been on many working sets. I know the outside of the houses are usually just a facade. However, I also know that “Desperate Housewives” filmed inside a number of the facades, so I was hopeful.

We arrived at the lot just before lunch on a Friday. There seemed to be a lot of activity and we were told at the guard shack that there were numerous filmings happening and that there was very limited parking. This was exciting news. I knew “The Middle” was back in production (on their final season) and I was hoping to see some of the action.

After parking we began exploring the lot. There was indeed  a lot of action, but it seemed as if everyone on the lot was on break. No one seemed to be working. We stumbled onto one of the residential streets. 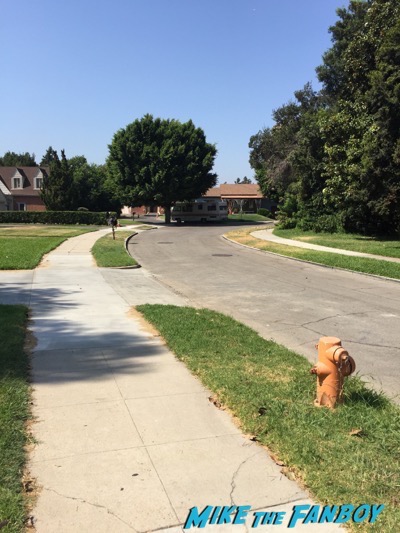 I didn’t recognize any of the houses but noticed that everything was decorated for Halloween. After a bit more walking we found the Heck’s house. It was located at the end of the heavily decorated street. The house itself was also decorated for the holidays. I was beyond excited. Not only was I getting a photo in front of the house, but I was getting it decorated for my favorite holiday. 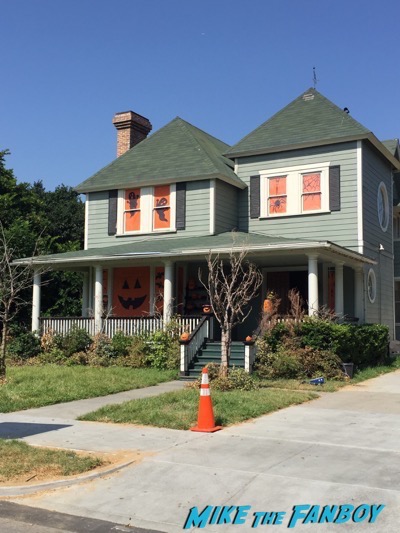 Parked in front of the house was an old RV. I’m not sure how that relates to the show (maybe Mike’s brother drives it?).

We took a few photos from a distance and then I walked up to the front porch. I’m not super brave in these situations and usually feel deep fear that I will get kicked off the lot, but in this instance I didn’t care. I reached for the door knob and to my delight, the door opened. 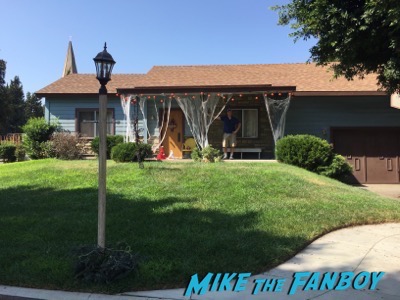 Unfortunately inside was just an empty facade. You could tell that some filming was done inside the house, but not much.  I was disappointed but still happy to have found the facade. 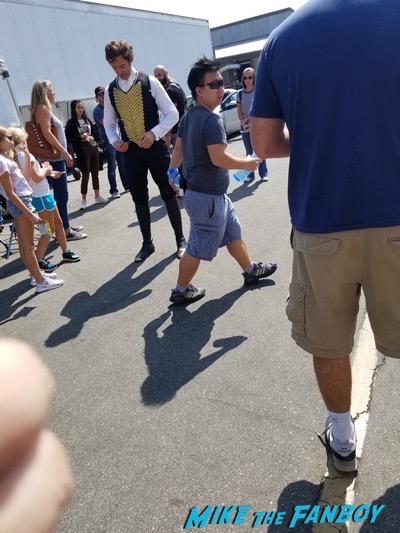 I dared enter. Inside was a large structure. It looked like an unfinished house. 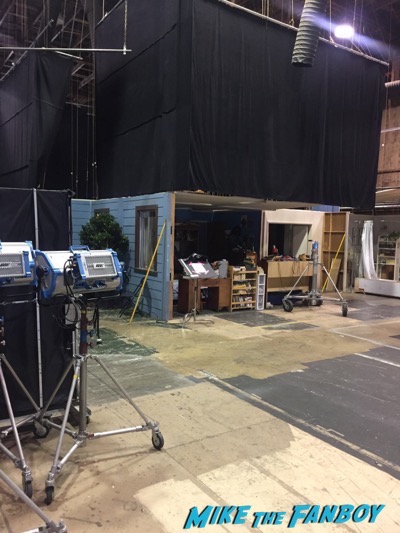 I walked up to the front door and to my delight, inside was the entire Heck’s house. Fully furnished and decorated for Halloween. I was over the moon!! 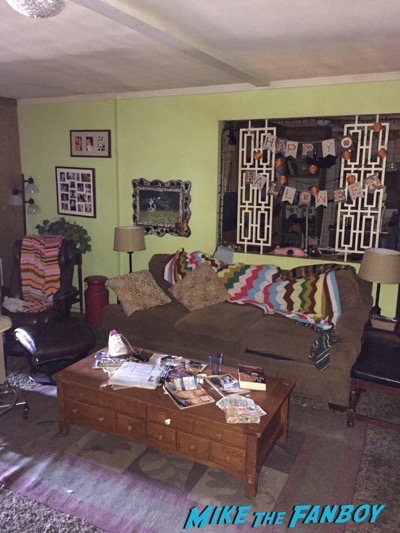 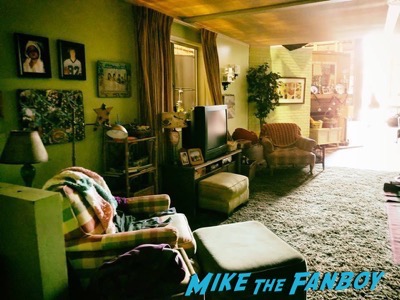 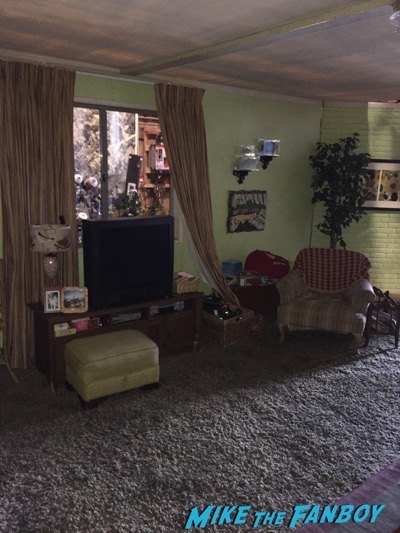 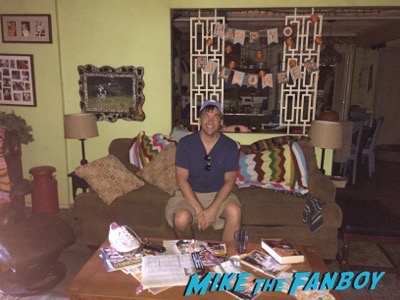 I’m not completely sure we should have been on the set or inside the soundstage, but no one seemed to mind. We were so happy!! We spent about 30 minutes exploring every detail: the photos on the fridge, 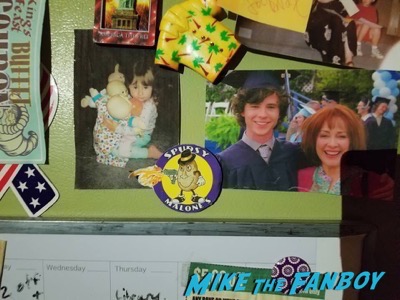 the notes by the phone, the food in the cabinets. It felt a bit like being inside someones home when they aren’t there. The house is laid out exactly as you see it on television. There are no fake walls or doors that lead to nowhere. Behind each door is exactly what you would expect, a bathroom, 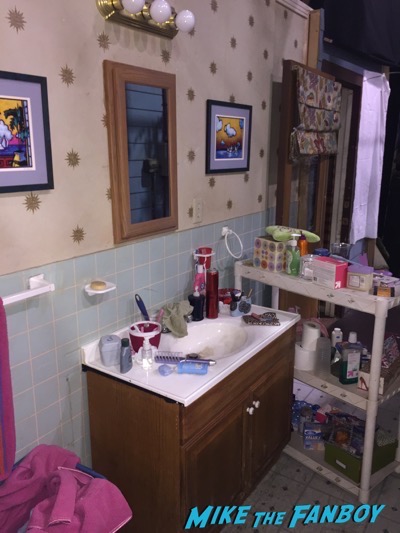 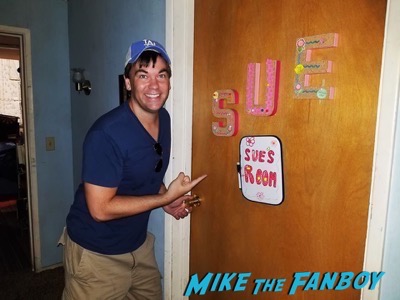 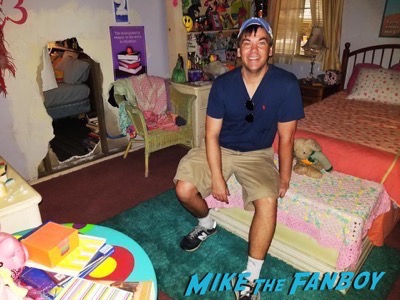 etc… The detail that went into creating this home is overwhelming. 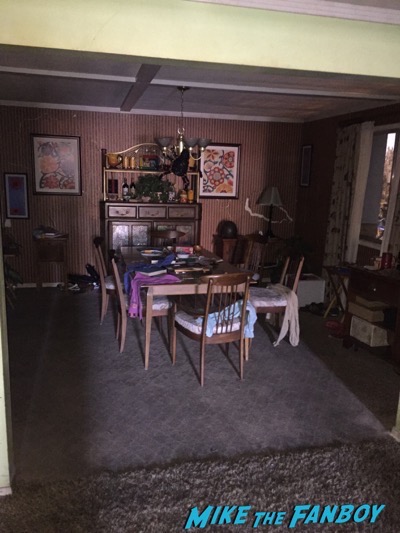 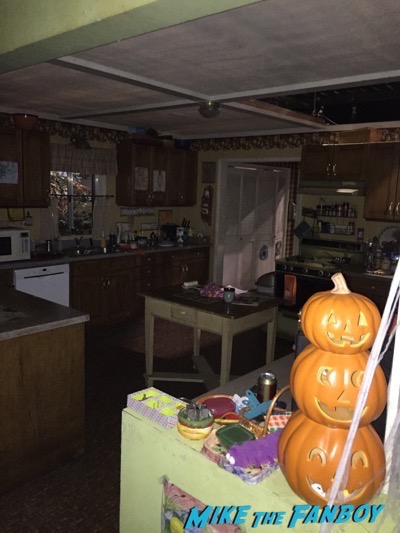 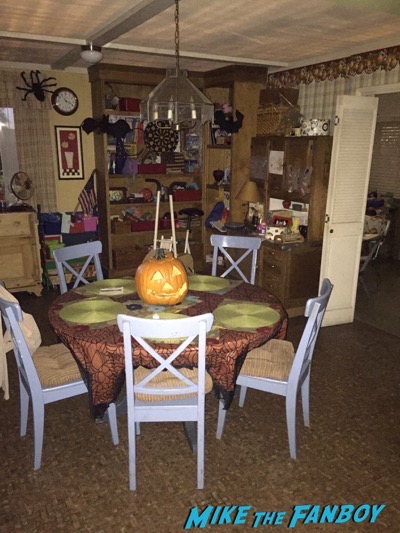 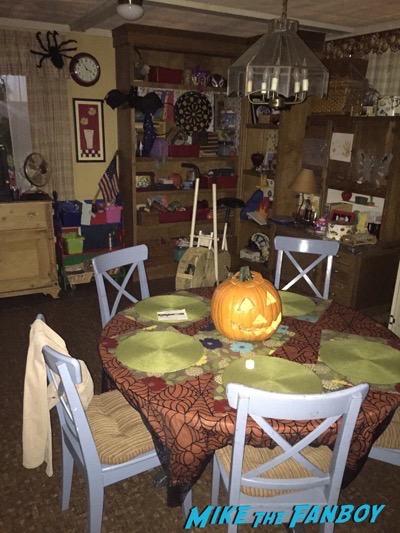 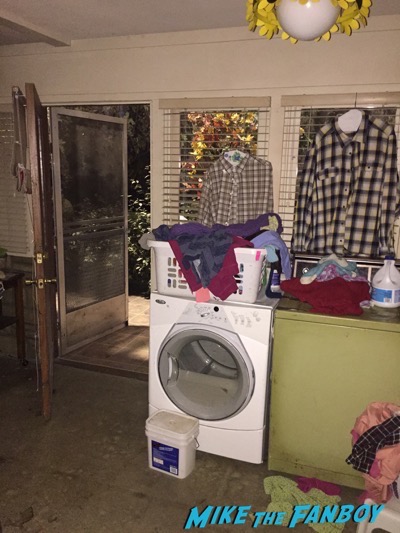 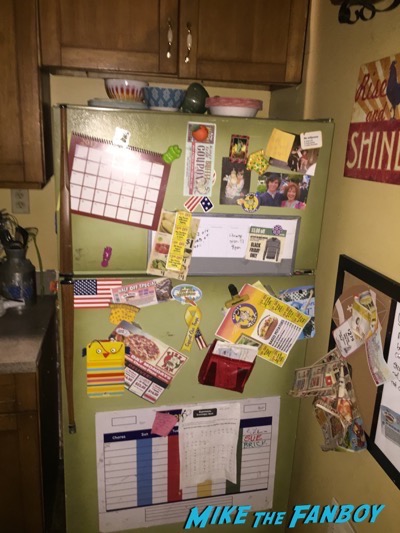 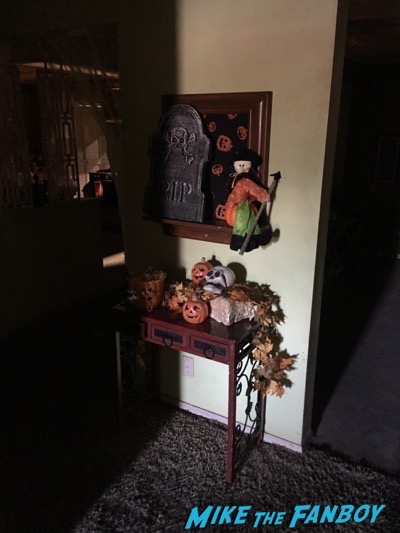 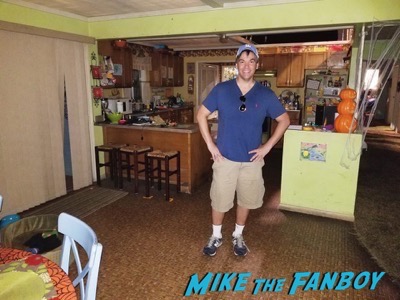 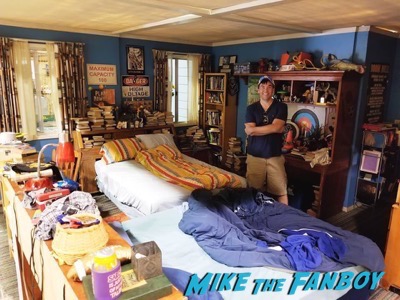 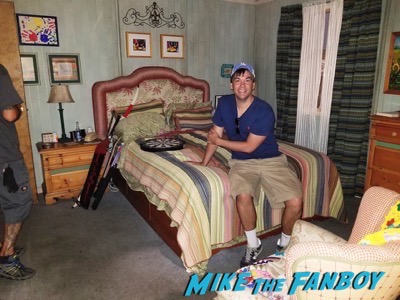 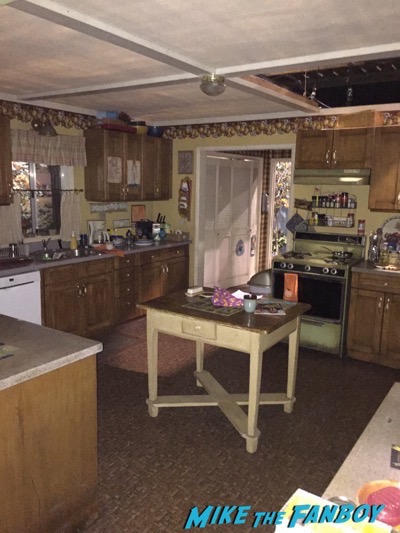 We felt like members of the family exploring a familiar home that we had been to numerous times. I am so thankful for the experience. Such a great show. . 5 complex characters. Good family fun. Thank you “The Middle” for 9 amazing seasons. I will be sad to see you go.