Writer/Director Rick Alverson’s acute grasp and minimalistic, moving “The Mountain” mesmerizes with two terrific performances highlighted by Tye Sheridan’s serene performance. Don’t dare see this movie without warning, as it will linger long after you leave the theater. 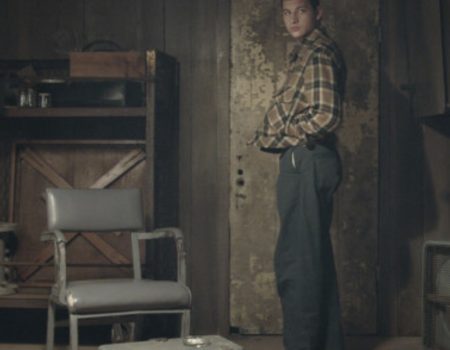 “The Mountain” tells the story of Andy (Sheridan), a young man meandering through life struggling with his burgeoning sexual desire in the 1950s. Andy’s mother has been hospitalized and he currently lives with his contentious father forcing some sort of relationship, but beyond a few words here and there they can’t connect. Unexpectedly, his father collapses and dies while working in the middle of an ice rink. 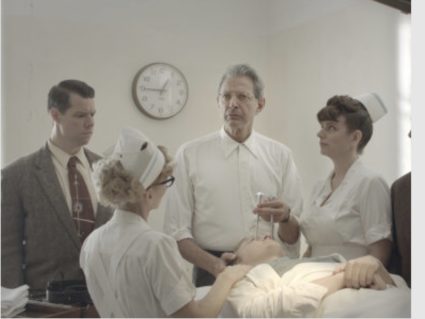 Trying to salvage some sort of semblance in his life, Andy tries selling off mementos in a garage sale despite poor weather. Amongst his potential customers is his mother’s physician Dr. Wallace “Wally” Fiennes (Goldblum), whom he befriends shortly thereafter. Andy soon becomes Dr. Fiennes’ personal photographer/de facto assistant during an asylum tour documenting the doctor’s controversial lobotomy practices. Witnessing Fiennes’ actions, Andy attempts to discover himself on this journey with the emerging New Age movement causing complications for the duo’s adventure.

“The Mountain” is a mesmerizing, thought-provoking mind-trip highlighted by scene stealing performances with Tye Sheridan and Jeff Goldblum’s great acting abilities. Tye Sheridan shines once again and asserts himself as one of this generation’s greatest, hidden talents. Since bursting onto the scene with his film debut “The Tree of Life,” Sheridan stuns and captivates audiences once again with a truly transfixing role. Whether it’s an intelligent innocence or pure naivety, Sheridan’s Andy allows the audience to appreciate his character’s journey and much like the “Golden Age of America,” embrace emerging changes with frequent contradicting commentary. 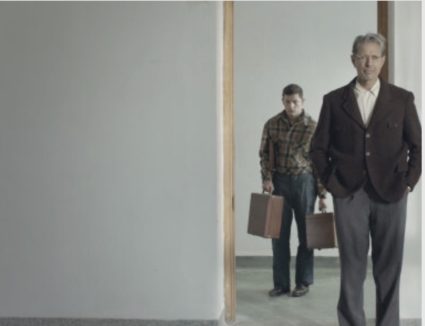 Goldblum graciously compliments Sheridan portraying a renowned lobotomist on the decline. Jeff Goldblum is pitch-perfect playing an eccentric, exciting character demonstrating the highs and lows of success. The microcosm mannerisms make Dr. Fiennes so much more delightful and despicable as the movie progresses. It’s one of Goldblum’s greatest performances ever.

The marvelous minimalistic approach and aesthetic creates an unbelievable surreal experience. Beginning with the first shot, the cinematography captures you immediately and Lorenzo Hagerman’s hypnotizing shots warrant a prescription immediately. Initially the film feels and looks like Paul Dano’s “Wildlife,” but beyond those similarities it’s an intriguing, intoxicating movie. 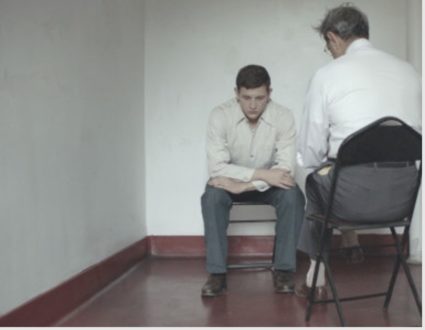 “The Mountain” persists as a dark, disturbing portrait of fractured futility and identity. Once the film ends you will feel like you’re under sedation and need reviving immediately. For two days I kept reminiscing and reassessing what I witnessed. It’s absolutely a heavy dose and deeply depressing storyline. Be prepared for an unsettling yet visually stunning film that will leave you disenchanted. Be prepared for an exceptional film featuring minimal dialogue with wonderful cinematography, but be aware the subject matter materializes rapidly which will weigh heavily as the film progresses. It’s the perfect polarizing picture for cinephiles to appreciate.