Mike The Fanboy was treated to a rare screening of the new Disney Nature film Chimpanzee and The Movie Maven was hot on the scene! The Maven fell in love with the story of Oscar a Chimp separated from his family during a fight between two rival chimp tribes… Is tribes right? Hmmm

Anyway, check out the Maven’s review after the jump and be prepared to be bowled over by adorableness!

Get ready for the cuteness overload that is Disney’s new movie  Chimpanzee. This new Disney movie is a real life story of a little Chimpanzee named Oscar.  This adorable film follows young Oscar as he explores the world around him and has some  misadventures along the way.  Tim Allen narrates Oscar’s journey and  adds some comical insight into Oscars trials and tribulations. Oscar’s  story was not an easy one to tell for the film makers.

This film took  4 years to make in a remote location along the Ivory Coast of Africa.  Because the Chimpanzees are found so deep in the rainforest a bungalow  was built for the crew members that was a ten hour  drive to the nearest airport! To make filming even more difficult, a  civil war broke out in the area in which the crew was staying and they  were forced to take a year long hiatus from filming.  Even with all  the struggles of making this film, it is so artfully put together and  contains some unbelievable camera work following these quick  Chimpanzees. 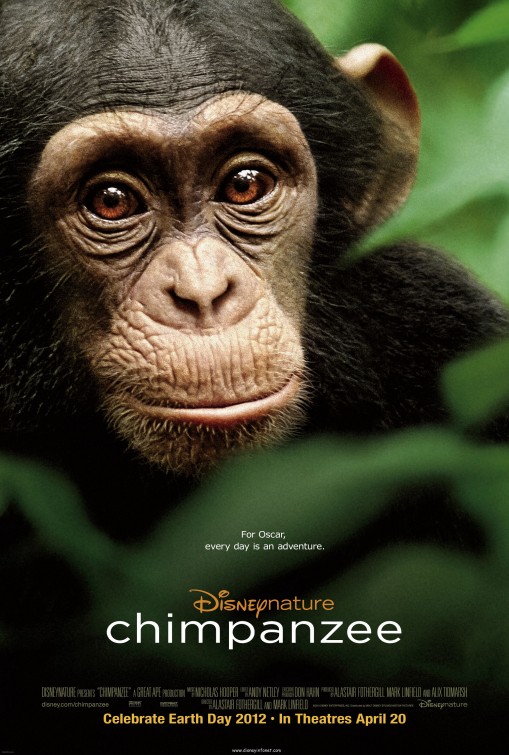 Oscar’s Journey starts out with his mom and his community of chimpanzee’s led by Alfa male Fred.  Young Oscar is a busy little  chimp exploring the rainforest and learning from his mom and other  community members how to navigate through the dense rainforest. Oscar  and his family enjoy a nice piece of land that provides them with  ample nuts and bugs. However, another group of chimps wants to over take  their prosperous land.  The rival group raids Oscar’s family’s land  causing chaos and resulting in the chimps fleeing into the rainforest.  Oscar finds himself alone and scared in the rainforest separated from  his mom and his family.  Oscar tries to remember what he learned from  his mom but struggles to survive until he finds refuge from an unlikely ally.   This movie is not only adorable but it is also an inspiring story for any age.  The filming of this movie is unbelievable and is a great movie to see on the big screen. 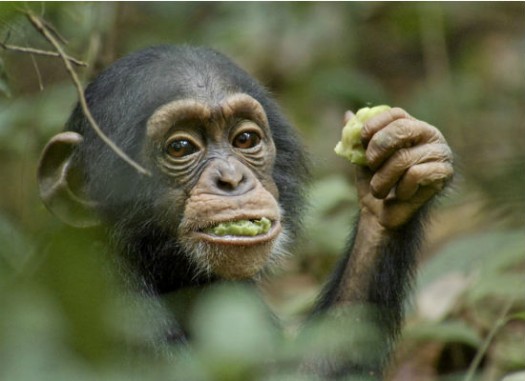 You will feel like you are right in the center of this chimpanzee family. You would never be able to tell how difficult this was to film because the storyline is seamless and  the images are brilliant.  Tim Allen does a great job narrating the  film making it both entertaining and informative.  Oscar’s real life  story makes and fantastic tale and I can say wholeheartedly that it  is one of the best movies I have seen in a long time.