When I first heard about The Neighbors, I was at Comic Con. There was a booth where you could watch a preview, meet an alien, etc… and I said to myself… That looks… Eh… So, when season one dropped on DVD today, I was intrigued to see if my initial thoughts were right.

After watching the first few episodes I had that dreaded feeling, the feeling you can only get when you get hooked on another television show! Much to my surprise, The Neighbors is one of the freshest and most adorable shows on the air. 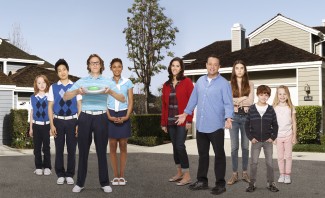 Debbie and Marty Weaver moved from their brownstone in the city to the suburbs. They purchased a house in a subdivision that has some… Rather unique Neighbors. Debbie and Marty meet Larry Bird and Jackie Joyner-Kersee who, along with their unique names have some interesting mannerisms. In the matter of a few minutes Debbie and Marty realize that they are living in the middle of an alien habitation.

After Debbie’s fears that the aliens would eat her children and take over the world, Marty and Debbie form a quick friendship with their neighbors. They try and teach them what it’s like to be human and the traditions we have on our planet. The situation might not seem groundbreaking, but the writing elevates the concept and I found myself falling in love with these two families. 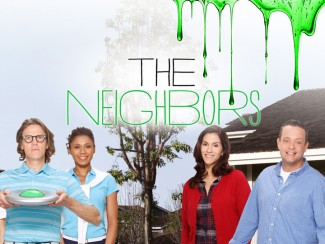 Jami Gertz (Lost Boys) is so good as Debbie Weaver the brash put upon wife and Toks Olagundoye really brings Jackie Joyner-Kersee to a different level. Watch the episode where she watches Jersey Housewives to fit in with Debbie’s friends. The dinner party scene is hysterical, especially when Jackie talks to the audience directly Ala a reality show. Toks has a deft comic touch and uses it to full effect throughout the season.

High concept shows are a risky thing for any network, they either hit (Once Upon A Time) or fail right out of the gate (Animal Practice). This makes the Neighbors a unique series, it wasn’t a huge ratings winner but it did enough to warrant a second season, which it deserves. Hopefully, with the DVD hitting stores today more people will discover this series and increase its fanbase. 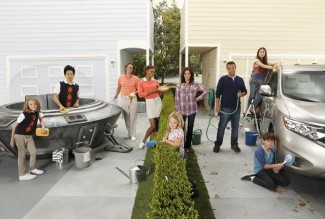 The one thing I have to complain about on this release is the lack of special features. The only thing included is a quick gag reel. Surely, there was a commentary track that could have been included. It would have been great to see a tour of the sets or background on the alien effects, etc… 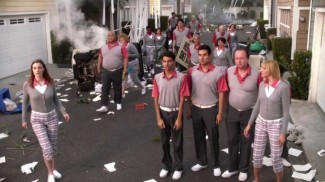 Still, the series itself more than makes up for the lack of special features. It’s a unique and quirky series that hopefully will build up a passionate fanbase.

The Neighbors the complete first season is out now on DVD! 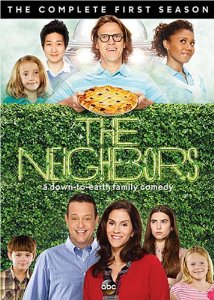