There are those television series on the air that you always say, “I have to watch that!” and then they get skipped or haphazardly missed. That is what happened to me and The New Normal. The NBC series produced by Glee’s Ryan Murphy lasted only one season on the network and it’s honestly a shame. It’s a well acted, funny little series that really finds it’s footing about half way in. 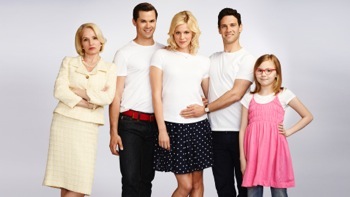 David (Justin Bartha) and Brian (Andrew Rannells) are a gay couple who are doing very well for themselves. Brian is a producer on a television series and David is an OBGYN. After years of being together they decide that what they really want is a baby. 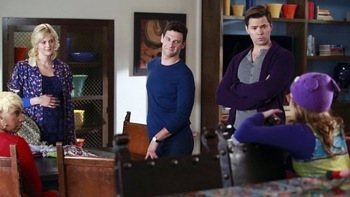 They decide to hire a surrogate in the form of pixie cute blonde, Goldie (Georgia King). New to California and running away from a bad marriage, Goldie has a 10 year old daughter, Shania (Bebe Wood) who is an eccentric to say the least. Goldie comes with a mother in law Jane (Ellen Barkin) who is a bigoted Republican who is insane and scary at the same time. 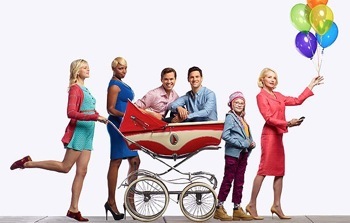 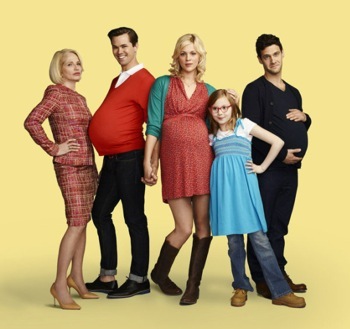 The beginning of the series has a tendency to reinforce some typical stereotypes, however as the series progresses the quirkiness of each character is really allowed to fly. In particular, Shania doing a hilarious Cher impersonation while lip syncing to Half Breed was hysterical, or Shania doing a pitch perfect Little Edie impersonation from Grey Gardens. 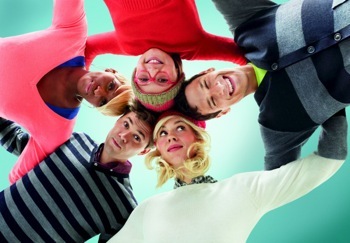 The characters really come into their own. Justin Bartha as David who is a former nerd who has grown into himself over the years, has great chemistry with Andrew Rannells. They are a really fun pairing. Andrew Rannells, who in the early episodes of The New Normal was little more than a stereotype also showed a lot of different range as the series progressed. He forms a relationship with Shania that is so real and fun you can’t help but root for the two of them. 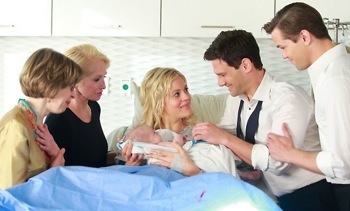 The real standout acting wise is Ellen Barkin. She is quite literally a scary ball buster. She hates gays, African Americans, and pretty much everyone else on the planet who isn’t white and from her generation. Jane is an interesting character, she’s reprehensible and awful but yet the love that she has for her family makes her endearing on some level.

It really is sad that more people didn’t find the show when it was originally on. It deserved to last a few more seasons, the cast is pitch perfect and in some places the show is hysterical. I suggest giving the show a shot now that the series has hit DVD. I think that you will be pleasantly surprised.

The New Normal season 1 is out now on DVD! 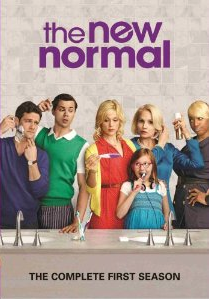