Home / NEWS / The New Star Wars Film Gets An Official Title! But What Does It All Mean?!? The Force Is Strong With This One!

The new Star Wars film has a title!

Yep, that’s right kids, joining the ranks of The Phantom Menace, The Revenge of the Sith and A New Hope is…

Hmmmmmm… I’m sure about it, to be honest, it’s okay. I don’t think awakens is the best action word in the world. But who am I to argue?

Who knows what the title is supposed to mean exactly, at the end of Return of the Jedi, Luke was presumably the last Jedi, Darth Vader was dead.. So… Maybe The Force is rising like a walker from The Walking Dead! 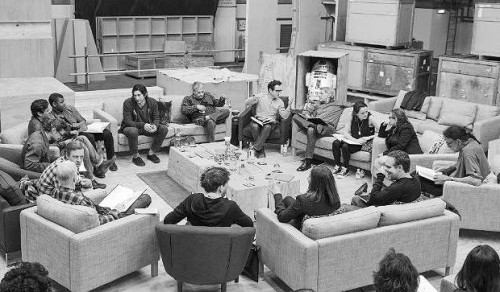 The Force is pissed off and not going to take it anymore… Sorry, had to be done.

It could be that now that the Empire was crushed the Force is trying to correct the path of the universe? Ah, who knows…

Either way, you know you’re buying a ticket! Hello!

Do you love or hate the new title?