With Kong opening this week, I thought I would share this awesome encounter from 2016 with Loki himself Tom Hiddleston! He was such a cool guy and was very kind to everyone at the party and the panel. Which is more than anyone can say about Hugh Laurie. Harumph.

check it out below!

AMC’s The Night Manager is one of the most talked about miniseries. There was a special q and a held with several of the cast and producers of the series. We were shown the first part of the mini series and it was remarkably good. I can’t wait to watch the rest. 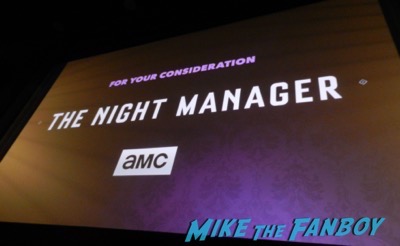 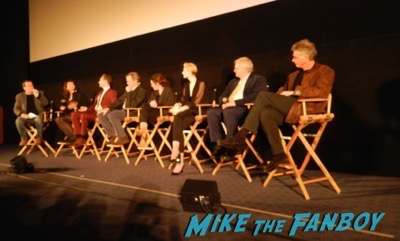 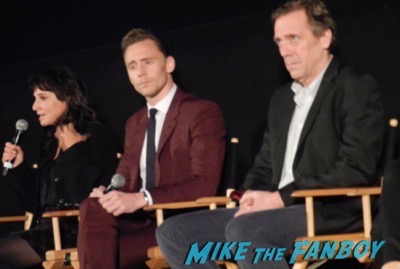 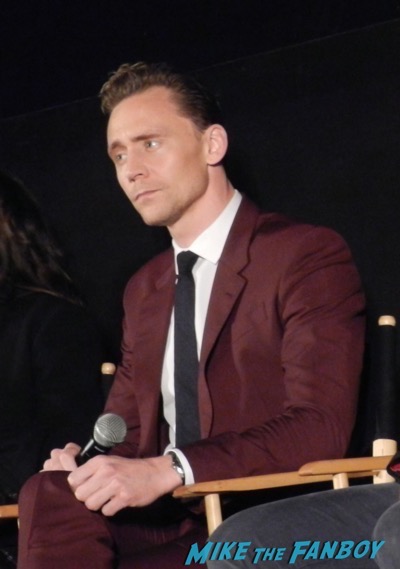 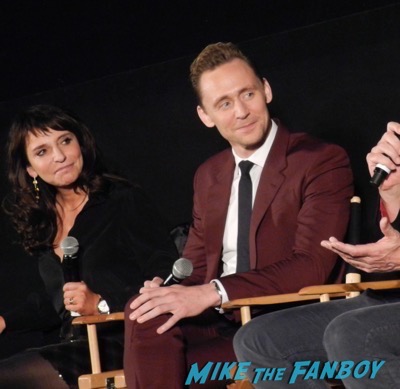 The cast was very lively on the panel and clearly loved the project.

“I hadn’t read the book before I started, I read the first episode and it was immediately compelling. I was thrilled by the story and intrigued by the character. He seemed so fascinating and mysterious. I wanted to explore his discipline and courage. He has so many different faces that he presents and it was a challenge.” Said Tom Hiddleston, “I would have done anything to play the part.” 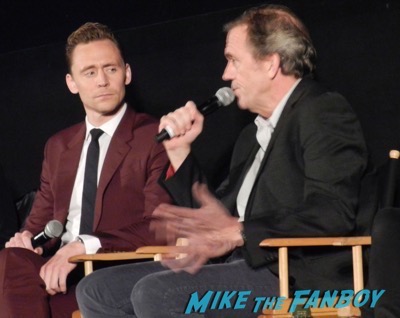 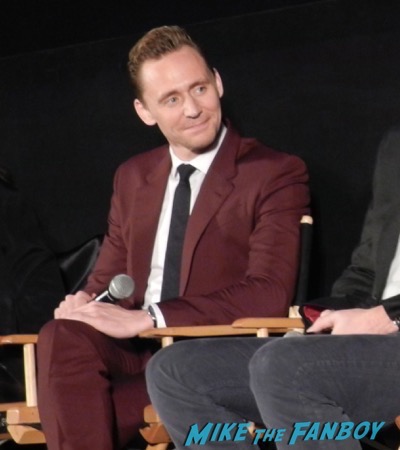 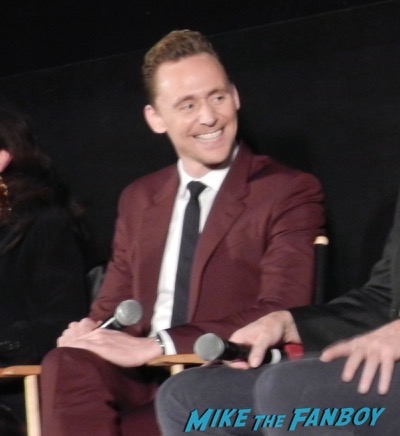 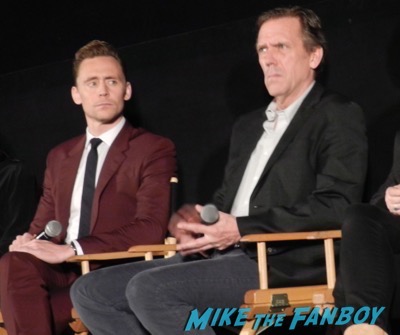 The casting was wonderful and the actors involved were extraordinary. To assemble this kind of cast is so rare.

“I think what I loved about Jed when I first met her, is that when we first meet her she’s having a sort of identity crisis. She has a chaos in her mind of all these different personas and trying to keep them up.” said Elizabeth Debicki, “she’s a different person depending on who she’s talking to. It’s interesting doing press for this and getting asked all these questions. I’m not sure I have all the answers.”

“It’s a big departure, I supposed. Except that I read and loved the novel previously.” Hugh Laurie exclaimed, “this character just stood up off the page. Sometimes you just know a character is true, you know how he moves, walks, dresses and this was so apparent to me. Some 20 odd years ago, I just started being evil.” 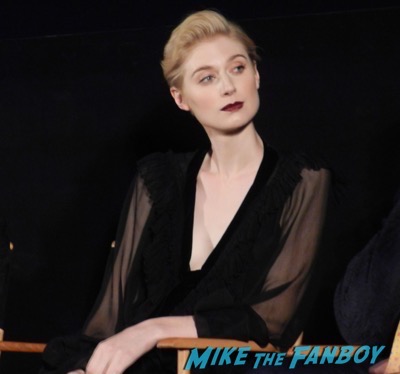 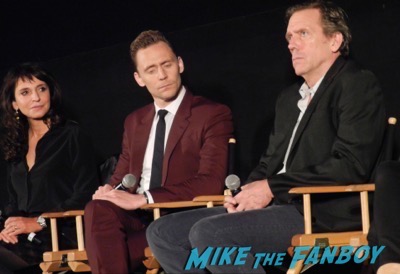 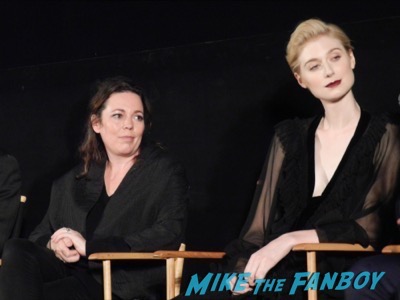 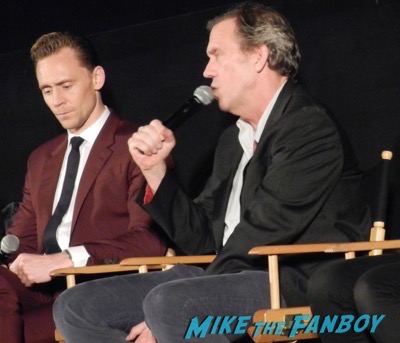 When talked about television and how much amazing programming there is right now Hugh Laurie had to comment.

“I’m always hesitant about ‘golden eras’ whether it’s our place to given that designation. I do agree that it’s an age of plenty. There’s an awful lot of it and some incredibly brilliant writing.” Hugh Laurie went o to say, “The scale of storytelling, the short story form, the feature film, invites the audience to see the world through a single character’s eyes and six or seven hours of storytelling actually treats the world the way it is, a community of souls bumping into each other rather than one person going through some torment.” 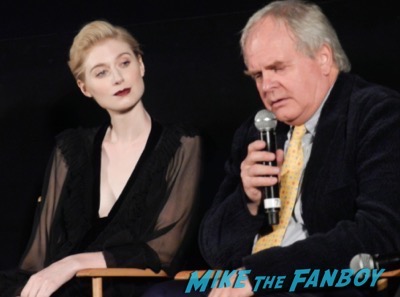 The panel was very good. Afterwards, Hugh Laurie took off very fast. He told one guy who asked for a photo, “Oh no, that would be starting something.” he did sign one thing and then bolted out super fast.

Tom Hiddleston was so nice and stayed and hung out with everyone, He is just as charming and personable as you would expect. He signed a Thor poster and a Loki pop for me as well as The Night Manager poster thanks to Wayne for helping me out with that one. 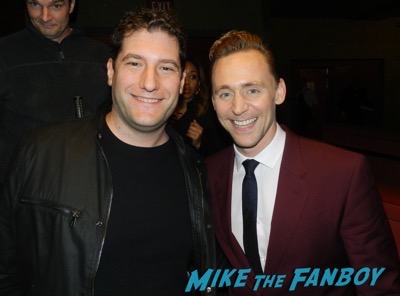 I had Elizabeth sign The Great Gatsby mini poster I already had Carey Mulligan sign and The Night Manager poster as well. Olivia Colman ran off as well.
Both Tom Hiddleston and Elizabeth Debicki did photos and were so charming. 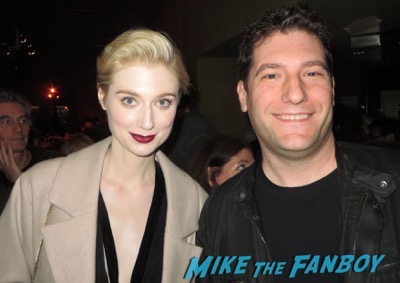 It was a really fun night I have to say and super thanks to Tom Hiddleston! 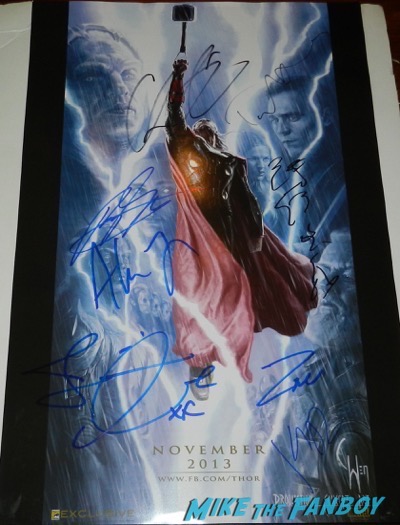 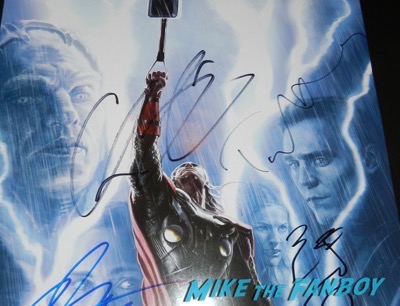 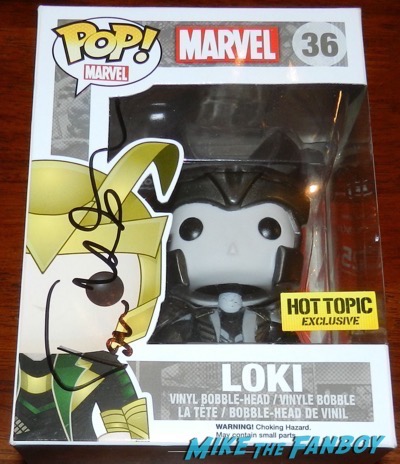 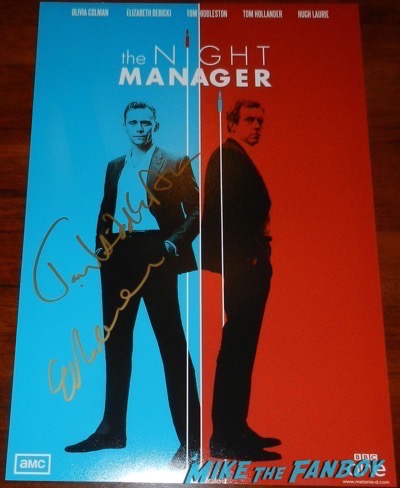 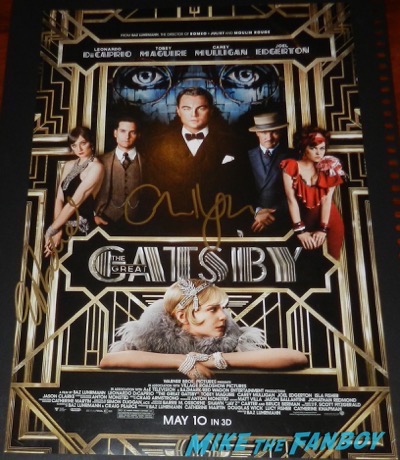 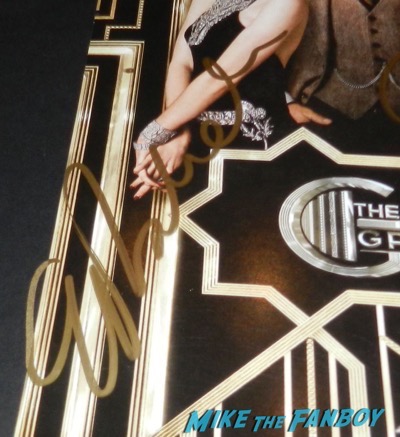