“The Nightingale” persists as a hard-hitting, historical revenge story from fantastic filmmaker Jennifer Kent. Taking place in Australia, Jennifer Kent’s kinetic follow-up to “The Babadook” creates a sweet song serenading you with a spellbinding and remarkable revenge story. 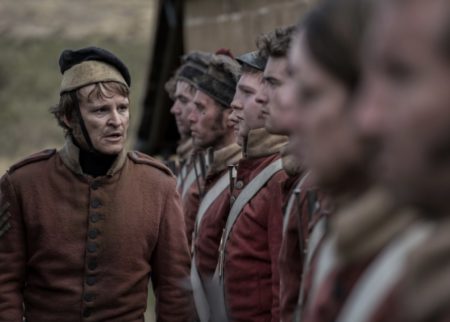 Set in 1825, Irish immigrant and former prisoner Clare (Aisling Franciosi) lives as a servant girl trying to pay back her debt to society in the penal colony of Van Diemen’s Land (now Tasmania). Despite being married to a blacksmith and new to motherhood, Clare still hasn’t “earned her working papers and freedom” with frequently delayed promises made by her British master. The film opens with the colony preparing to entertain British officers with Clare’s singing highlighting the entertainment duties. 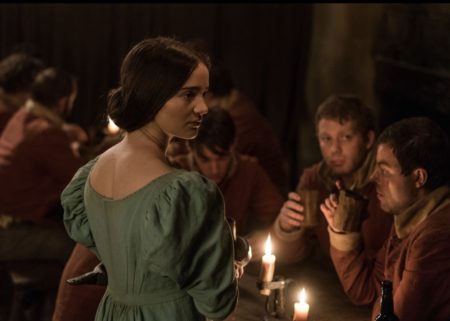 After her performance, Lieutenant Hawkins/master (Sam Claflin) uses his influence and intense attraction to take advantage of his relationship with Clare before resuming his raping relationship with her. However, Hawkins’ rowdy men narrowly catch him in the act and demands the troops go to bed via his sergeant. Instead they create chaos causing him to miss out on a long-promised promotion with a superior officer questioning his leadership abilities and inability to control his men. Later that night, Clare witnesses the brutal murder of her husband and baby all while being raped by Hawkins, who was acting out his frustrations with two of his men present. In the morning, the despicable trio escapes the colony and attempt to help Hawkins get reevaluated for his promotion. Unable to obtain justice from British authorities, Clare seeks out local Aboriginal tracker Billy (Baykali Ganambarr) to locate Hawkins and exact her revenge no matter the cost. Although revenge can corrupt the heart and mind, how do you kill someone whose spirit has been broken and emotionally killed? 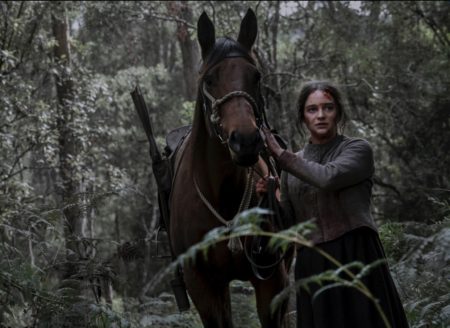 “The Nightingale” is more than just a revenge rape story. The historical harshness and reprehensible lifestyles linger long after leaving the film. Looking back at history, the questionable and despicable colonial roots come with a lot of historical heartache we tend to overlook and sugarcoat. Both Billy and Clare captivate the audience with their own versions of being violated and viscerally thrown aside as “progress propels history and society forward.” In Clare’s case, it’s quite literally demonstrated by a disturbing systemically male dominated and despicable discernment of “acceptable and normal behavior.” In the case of Billy, much like the Native Americans, Aboriginals were dismissed from their native land only to be treated as subhuman individuals not worthy of existence. The juxtaposition of the figuratively and literally abused demonstrates two side of the coin with their personalities permeating through an entertaining, exciting story showcasing a dark past, which still sadly resonates and occurs today. 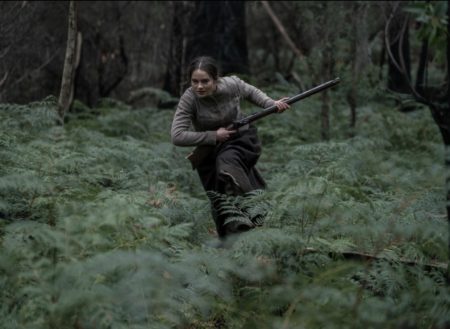 Trying to describe the film as pure horror doesn’t do the “The Nightingale” justice. Imagine if “Irreversible” meets “The Piano,” but with the tone of “The Revenant.” The classic, catastrophic and arduous journey Clare endures focuses on trying to overcome obstacles despite the odds. From beginning to end, the film creates an almost interactive atmosphere for the audience whether you be crying, yelling and/or laughing at the screen.  The balance between each and every emotion seemed effortless enlightening you depending on what was happening.

Much like the film “Irreversible,” the rape sequences shown send shivers down your spine and the unique, unflinching representation refuses to look away. This bold, beautiful and brilliant revenge drama leaves a lasting impact. Instead of a supernatural sensation like “The Babadook,” director Jennifer Kent crafted a hellishly realistic revenge story set in the unforgiving Australian outback. The grim detailed depictions create a powerful, poignant gut-wrenching film destined for serious award conversation. 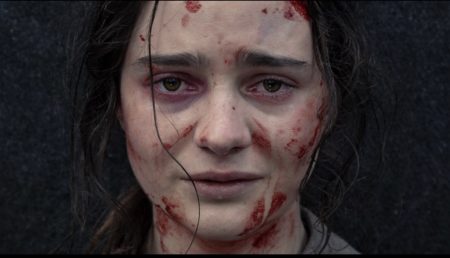 Some might find certain sequences squeamish, but the graphic violence almost numbs and heightens the repeated rage with what transpires to create an engaging and entertaining experience. Remarkable and riveting performances by Aisling Franciosi and breakout star Baykali Ganambarr make an immediate immense impact to create a nearly flawless film. This is one film that can’t be missed.