Gosh, I remember going to my friend Ren Fair… It was actually a pretty fun time. I locked up my friends for being whores, and made sure to eat the giant turkey leg thing they tried to force down our throats. Ah goodness memories.

The annual Renaissance Faire in Irwindale is almost a California tradition in fact it’s been going on for fifty years. I know, Fifty years! Crazy times! The Novel Strumpet is always up for a good Faire! She took the trip down to Irwindale to scope the scene!

Take a look at her full report after the jump!

So this past weekend a couple of friends from work and I headed out to Irwindale, CA for the annual RenFaire. Hard to believe it’s been around for 50 years, that’s just crazy! I admit it, I didn’t dress up. Mostly because I don’t have anything remotely Renaissance-esque in costume – which didn’t stop a lot of people from wearing other time periods, I even saw a Medieval Captain America – and the Medieval dress I do have I got in high school (when I was a wee bit chunkier) and could stand to lose about 5 inches worth of fabric to fit. Not to mention it’s made of velvet and it was around 80 degrees outside. Little Strumpet factoid, I don’t handle heat well.

After pulling into the Santa Fe Dam where it is held and driving through the dust bowl that is the parking lot, we made our way through the gates (it always strikes me as odd that they haven’t figured out a good funneling system for the entrance yet) 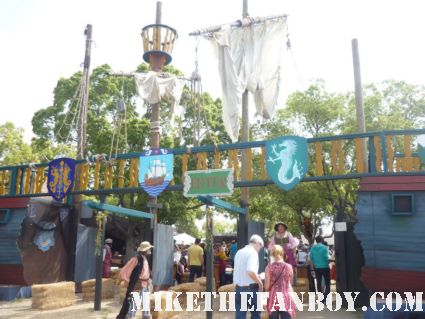 I can’t say how unaccountably happy RenFaires make me. They are just awesome. People with their fake British accents mixing together, peasants and nobles alike interacting with ogres and *ugh* faeries…it’s just beautiful. 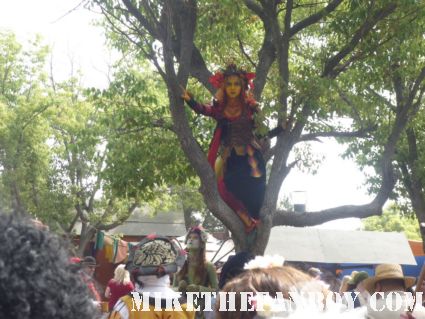 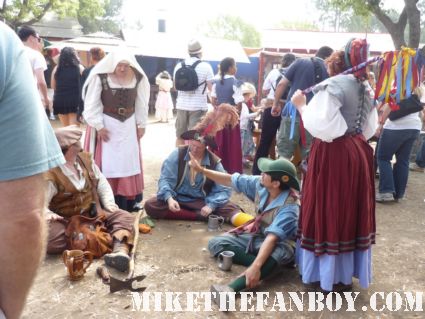 And there are so many tents to buy goods from. Costumes, hats, trinkets, food, household goods, you name it you can find it here: 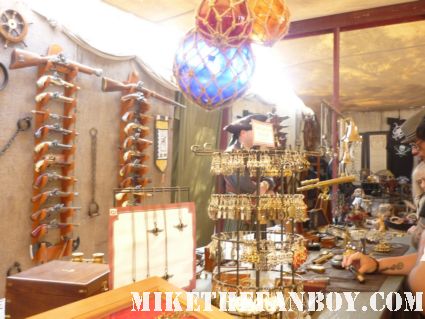 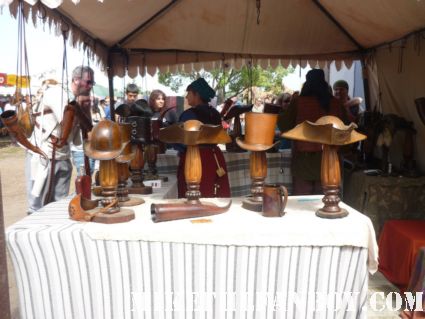 Of course I had to look in nearly every costume shop, but I was good and didn’t buy a single corset, bustle, gauntlet, hat, belt, bag or parasol. I did however try on a head sparkly, we all tried on sparkley’s…I mean we’re girls right? 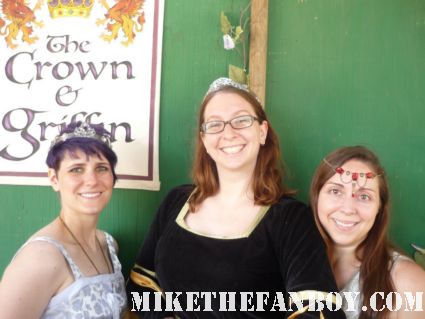 L to R: Lady Damphy, Lady Lauren and myself

And there are people constantly parading around for some reason or another: 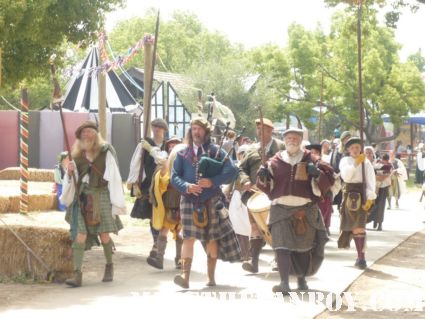 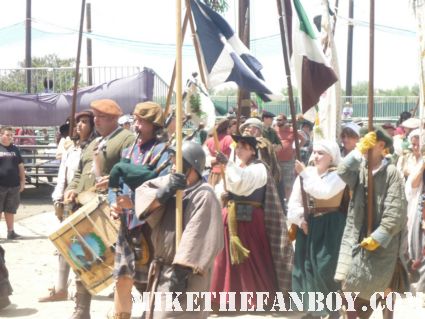 Oh yes….BAGPIPES!!!!!! I love bagpipes. Love, love, love, love, love them. It’s like a sirens call to me, I hear bagpipes and I will take off in search of them. There are stages set up everywhere for all kinds of different performing groups, singing, dancing, doing magic tricks, etc. I don’t generally do the shows but I always have to watch at least one joust, and I don’t know what was more entertaining: the knights or the guy sitting two rows in front of me who was having the time of his life. He was tickled pink by everything they said. He was in his joy, which put me in my joy. 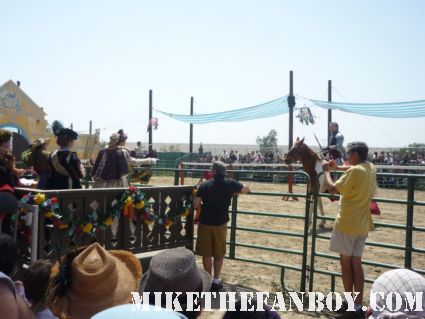 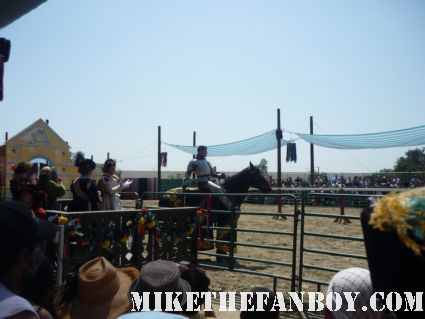 The two big problems I had were the wind that kicked up all the dust and the incense. Gack incense….gack…makes me feel like I’m choking and I couldn’t tell if the headache I had later that day was caused by the incense or the dust. Probably a combination of both. Or the sunburn…yes another…you’d think I’d learn and not forget my sunscreen. I’m also sad to say that I didn’t sample too much of the food. I did try some Mead (kind of a honey wine) and while good, it made my tongue numb. Which probably means it was really good ;P I should have tried more, but after the ginormous baked potato I ate which was covered in everything…not much room left for things like strawberry shortcake scones.

Around 3pm, Lady Damphy and I were done so we started to head out, but decided to check out the “museum” on our way: 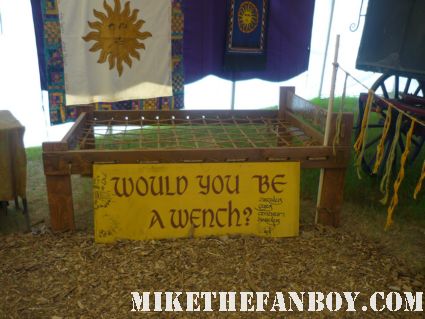 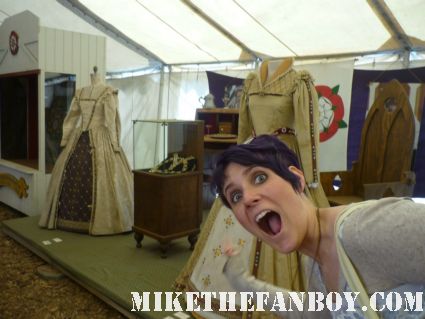 And checked some of the tents out again, just to make sure that we could live without the corsets, jackets…ok, I did break down and buy a couple of trinkets…
They are totally useless replica pistols, but were super cheap and will make great costume accents. Some girls want jewels…I wanted the guns. They had some awesome knives as well, but those you can’t really cosplay with as much. Just saying.

Maybe by next year I’ll have my dress fixed (doubt it) but either way I’ll be there to experience the magic again. And I’ll leave you with this: