Oh that Novel Strumpet… Today, she just sent in this wonderful review of Hit List (Anita Blake, Vampire Hunter, Book 20). Now, I am a self professed Vampire nut, I mean hello… Buffy The Vampire Slayer! True Blood! So, I was totally jazzed when I saw Vampire Hunter… I was like yes! Then I was like… Damn, I might have to read a book now… grumble…

Anyway, out our Strumpet’s review after the jump!

*I’m spoiling all over the place, and I’m assuming you’ve either read all the books or don’t care to because I’m not going to explain anyone or anything if it doesn’t directly tie in.*

Understand I come from a place of love for these books. I’ve had many friends who’ve stopped reading and are just baffled at why I still do, but I do still honestly love them. Or maybe it’s the memory of what they once were that makes me go on, like someone who just can’t leave a friend who’s addicted to some drug (like the ardeur). It’s changed them so much, but you can still see what they used to be lurking just behind their eyes. That probably makes me as weak as the person by enabling them, but in this instance I’m not alone. There are legion. 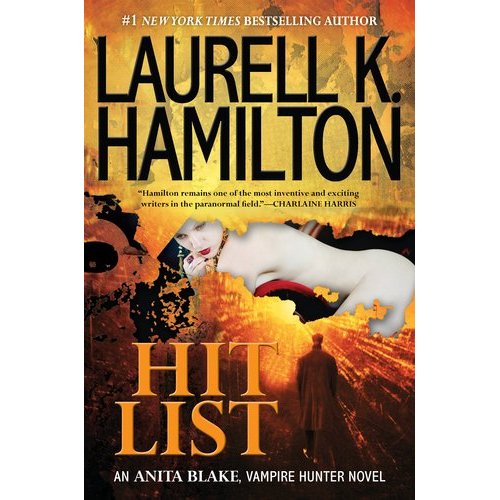 And since there are legion can I point out that a good, let’s say 85%, of your readers are fans. We know these books and these characters, so why Ms. Hamilton did you think that you had to continuously explain things that we already knew? Ok, some characters haven’t been out to play in a while, fine then, take the paragraph to remind us of who they are and be done with it. If you describe Edward’s “Ted” persona once then that is all you need. From then on when he goes into “Ted” I’ll know what that is and you don’t have to go into full description nearly every time. If you tell me what his “Arctic/Cold Blue” eyes (and I was just channeling The Long Hot Summer) mean once, then I get it. If you tell me why Anita has to visualize her inner “cats/wolves” with a shape and where they are so she can keep her sanity once, then I get it. But to do so every single time it comes up? I really want to believe this is your Editor’s fault for not caring enough to point this out or for being so obtuse they can’t keep anything inside their head, or the Publisher for making you meet a certain word count. I have a horrible suspicion, though, that it’s because you’ve spent so long writing about Anita’s menorgyrie and how each character is dressed and how they smell and what their eyes are saying, that you’ve forgotten that less is more. Or perhaps you’ve always repeated yourself and I just didn’t pay attention until now. Whatever the case, it’s distracting. More than the overblown sex scenes of late it took me out of the story because in a way it felt insulting. Like you thought maybe we couldn’t remember these things, like the current rise in things like Twitter had made us so unable to concentrate you felt like you had to keep beating us over the head. You don’t. Tell your Publisher, your Editor, and yourself that we are smart and we know these characters now. You’ve given them to us and we’ve made them our own so that we know them almost as well as you, if not better.

I think this is one of the best books to come out since Obsidian Butterfly, which I hold to be the pinnacle of the series. And that right there more than anything made me realize how repetitive things got, because Hamilton briefly mentions the power Anita gained from the vampire in that book without telling us her name, what she was, what she looked like, etc. We were trusted enough to remember that…ok, beating a dead horse now I’ll stop. 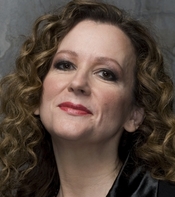 Edward and Anita are out in Marshall mode because of a string of serial killings across the country, which they both know are being perpetrated by The Harlequin, so that The Mother of All Darkness can take over Anita’s body. Even though they know it’s probably a trap for Anita, what can they do? It’s their job? And I’m so glad for that. So glad, that we got to take a breath of air that didn’t smell like sex, musk, pack, or pard but like gunpowder, blood, and adrenaline. That probably says something about me…whatever.

Bernardo and Olaf are also back, which makes OB just loom even brighter in my head. They’ve all met since then, but for some reason this book really harkens back to that one. It really is the best book in the bunch, if not one of the best books of it’s type…anyway…we all know how Olaf now feels about Anita and I’m always equal parts fascinated and terrified of him more than any supernatural creature. I didn’t think we could top the moment between Olaf and Anita with the vampire corpse and heart, but watching him pick a victim and lay his groundwork on her was more so. I might have nightmares about that. Honestly.

Yes there is one sex scene, but it’s ONE with ONE male (granted he’s new, but I’m not looking this gift horse in the mouth) and it’s pretty fast. Almost cried with joy. This book was almost what they used to be. Not that I’m expecting Anita to be the same as she was in those early books, fans know she’s lost some of her angry edge and is a little more cuddly now. We also know that the emotional relationship between her and Edward continues to get more intense, but thankfully we also know it’s in no way sexual. If it ever does go there I will stop reading the books. There I’ve said it, that would be the last straw. If Anita and Edward EVER have sex (I don’t care if the ardeur is out or not) then I’ll feel betrayed beyond all hope of ever trusting again. I think I might have just set myself up for something. Damn.

Needless to say Anita wins the day, Mommy Darkest is vanquished, and they all lived happily ever after….except…

ARE YOU KIDDING ME? Olaf’s a weretiger now?!?!?!?!?! WHAT?!?!?!?!?!?!?! I saw many things in this book coming from a mile away (I mean c’mon you don’t mention her drinking coffee once in the whole thing…of course it’s drugged) but that hit me right between the eyes. Are you f’ing with me? Now we’ve got a super psychotic serial killer, who already is overly fascinated with Anita, and now he’s gonna be one of her animals to call!?!?!?!?!? Can I use this ”!?!?!?!?!?!?!” anymore? Yes I can because I don’t know how else to demonstrate my shock. Is it wrong that I’m looking forward to this more than any other battle between Anita and the supernatural? Oh yeah, but I can’t wait!!!!!!!!!!!!!