You know there are few events that make me say WOW… But this… WOW… When my favorite Strumpet in the entire world, The Novel Strumpet, sent me this wonderful article I was like okay, sounds like a fun read… Then… I saw… The… Photos… And baby, I said damn!

I’m obsessed with The Labyrinth of Jared ball… OBSESSED!

Check out the full report from our Novel Strumpet after the jump!

Every summer there are two events that make me glad to be alive. Comic Con and the Labyrinth of Jareth Masquerade. One because it’s so nice to spend four days in a micro-geek cosmos and the other because I get to dress up in a crazy outfit and celebrate my love for one of the most amazing movies ever created…that’s right people, the brilliant movie that had David Bowie walking around in questionable tights and singing with muppets…none other than Labyrinth itself .

To say I love this movie is to say that we need air to breathe. So you know the depths of my depravity I give you this: When I was a child my cousin (I shall keep her anonymous since she must live out there in the real world) lived a block down from us, when she would come over to play we’d watch the movie and then I would break out my soundtrack and we would reenact the entire thing beginning to end. Twice. Once with her as Sarah and me the other characters, and again with the roles swapped. Sometime I’d just reenact the movie with my Barbies and my brother’s G.I. Joe’s or He-Man figures if no one else was around to torture into play acting it with me.

What makes me happy is that this masquerade exists, what makes me sad is that I lost six years of attending because I didn’t find out about it until five years ago (I’ve been in LA for 11 years in case you were trying to make your brain explode wondering why those numbers were important.). And this, my fifth time attending, was still as great as the previous four.

This year LOJ was held on July 1/2, 2011. I attended Saturday and it was a sort of last minute decision due to other commitments that wound up changing, so my costume was pretty much a last minute decision. Thankfully I’m as nutty for Halloween and costumes as I am for books. 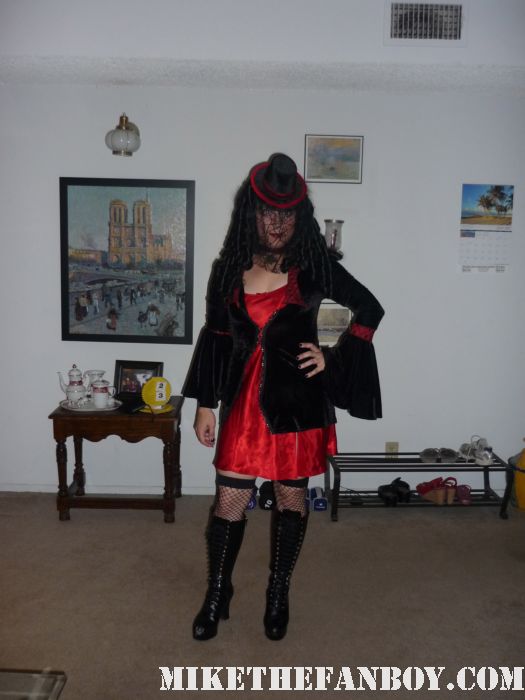 I kept it simple this year, meaning I didn’t wear an actual mask, wings, fangs, colored contacts or corsets like these: 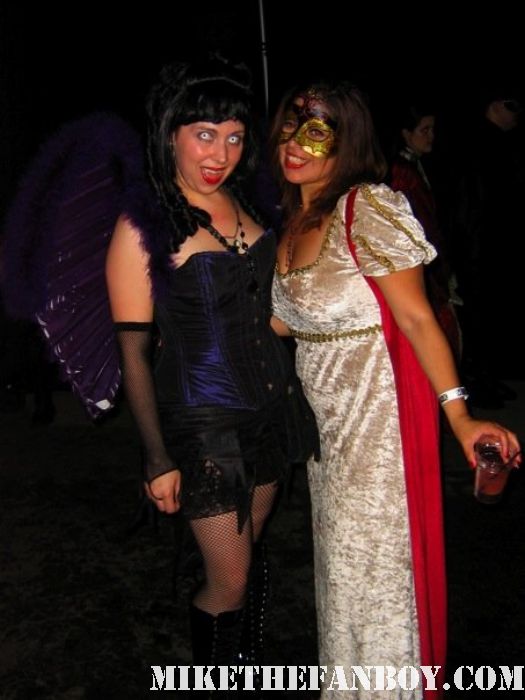 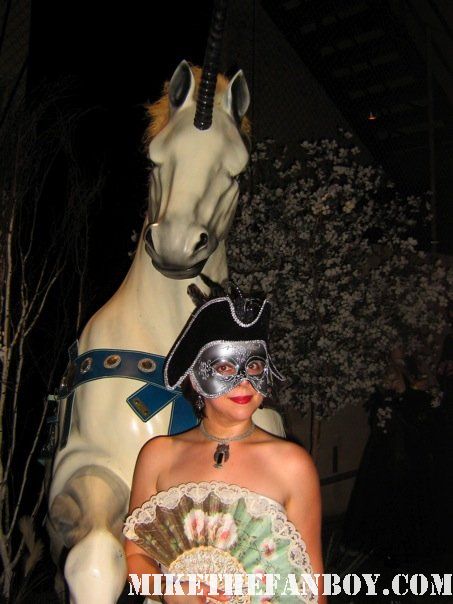 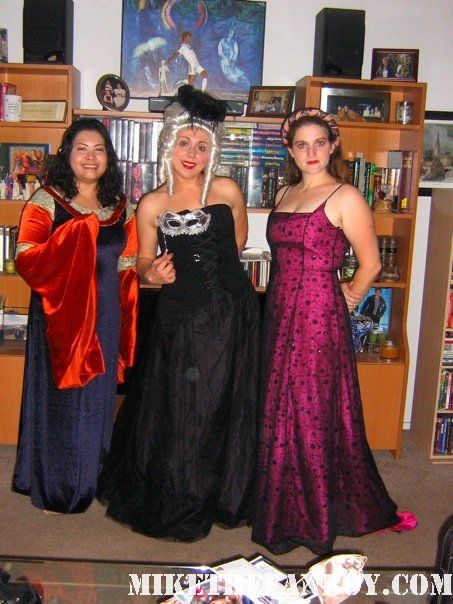 Who knew that breathing could be so much fun?

While the Masquerade is a more of a loose interpretation of the film now, it is set in the “realm” of the creatures from the movie, like fairies (scum), goblins, humans, and is extended to any “odd” creature a person cares to dress as. Yes, some people come as characters from the movie like Jareth (David Bowie): 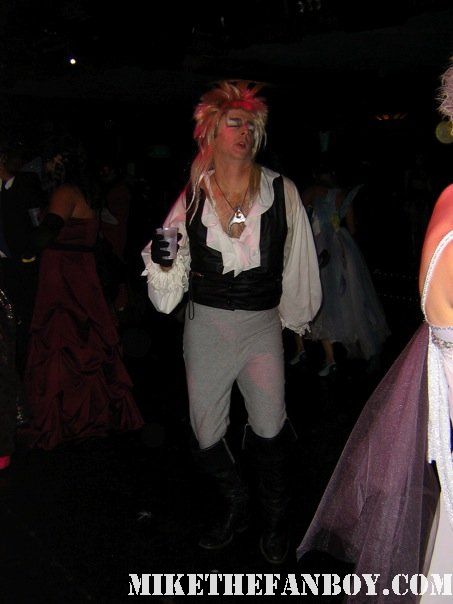 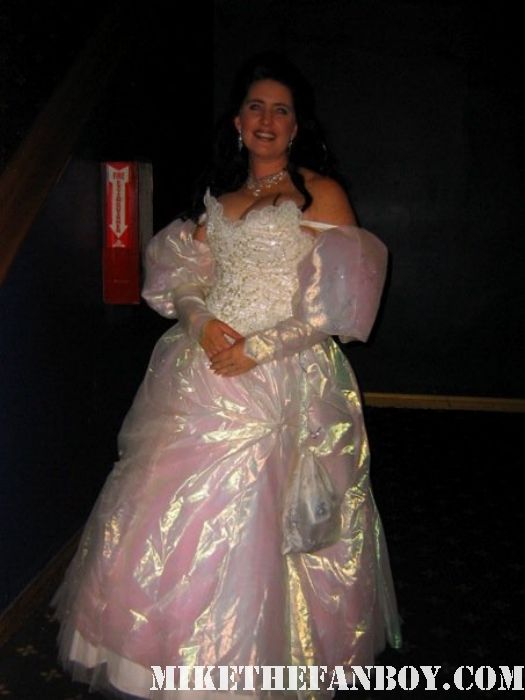 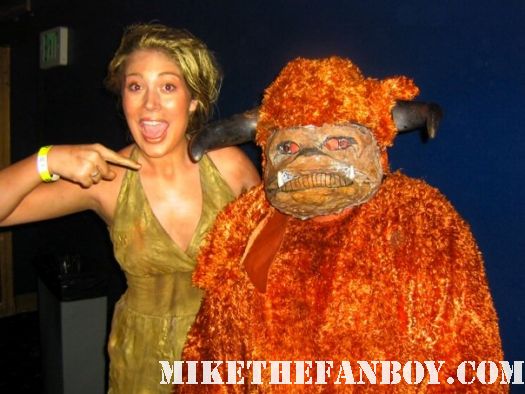 and some even come as characters from my other favorite things like the Phantom as Red Death: 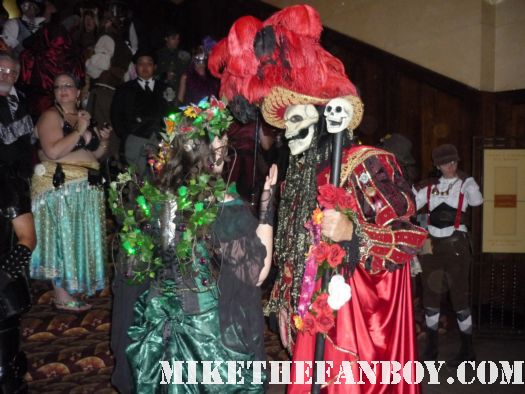 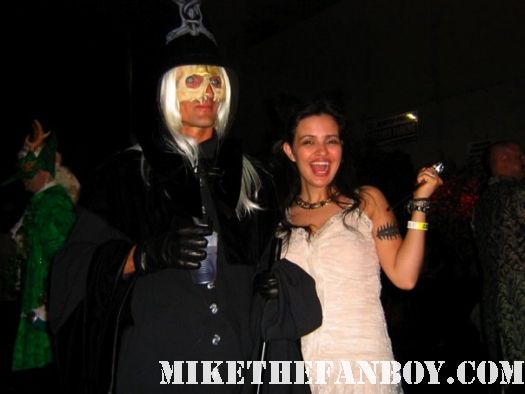 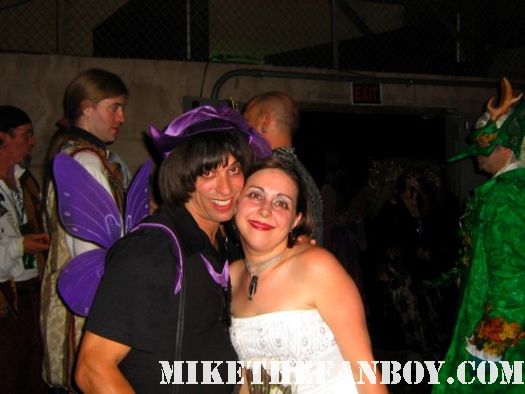 Yes, that’s me with him. It was a great celebrity moment for me.

For the first three years I attended we were at the Henry Ford Theatre in Hollywood, which I enjoyed because the dance floor was quite spacious and there was a balcony over it so if you were tired of standing in platform boots after four hours, you could sit and still experience the festivities below. Plus there were two outside areas that were decorated every year with some new theme. The new venue, which they moved to last year at Park Plaza, has it’s own charms. The first is being located in downtown near one of the most notorious “drug” parks in LA…good times. But the Park Plaza itself is an architectural beauty outside and inside. It has many rooms, outside space and a grand sweeping staircase that just begs for constant photo ops. The downside to the new space is that the layout doesn’t allow for as much interactive observance as the previous space, so if you pick a place to be in, you’ll pretty much miss everything going on elsewhere. That’s why I tend to do a one-time sweep through and then park myself in the main ballroom, unless I need air. I don’t want to miss any of the bands or continuing story performances throughout the night (Sypher Art Studios puts this together every year and there’s been a continuing story that they give us “chapters” to each year). 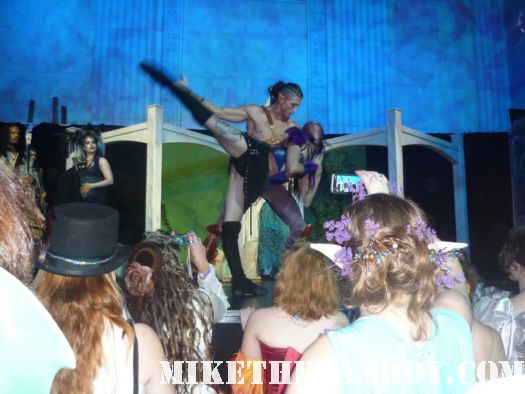 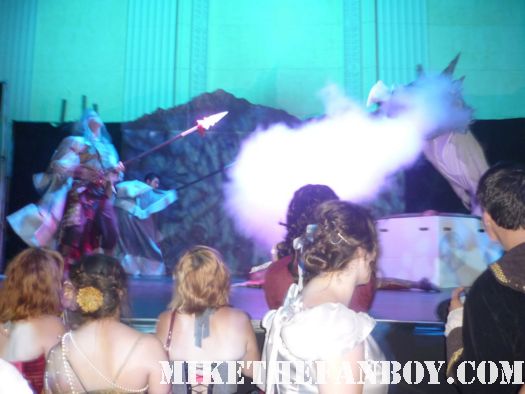 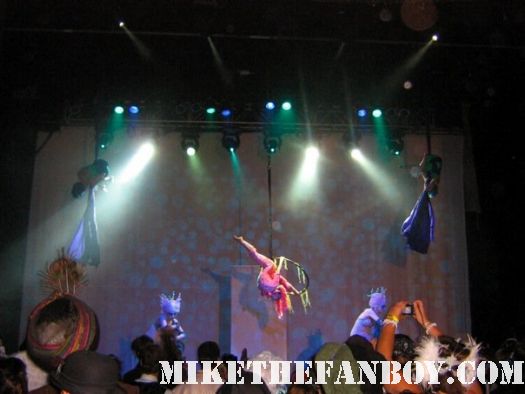 What’s really great about the Masquerade is that everyone is there to have a great time in the fantasy of it all. There’s no “Hollywood” egos, no judgement about what your are/are not wearing (unless it’s just to say that goblin looks authentic, or that persons mask is amazing, or I wish I had thought of gluing twigs to my arms, etc.), everyone is ready to have their picture taken, it’s just a great sense of comraderie. I’ve attended it alone the past three years and never once have I felt lonely or been bored because there is so much to do and look at.

I could go on and on, but telling you about it will never really match the actual experience, so if you are in the LA area or want a reason to come visit the LA area and do something quirky while you’re here then I say attend this masquerade. More information can be found here:

And my many thanks to Sypher Art Studios for their hard work every year and to all the bands, actors, musicians, costumers, etc. who make it a magical event that I’ll never tire of attending. 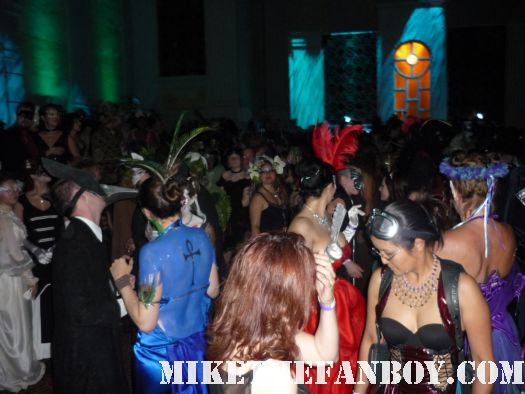 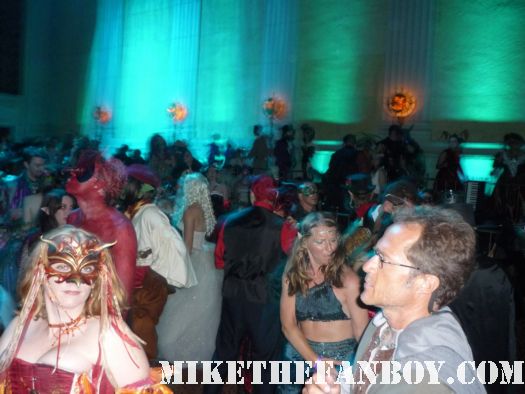