Let me describe Heaven for you. Bagpipes will be playing constantly, shortbread and meat pies will be in ready supply and I’ll be surrounded by attractive men wearing kilts.   *Sigh*

Oh wait…that wasn’t Heaven…that was the Scots Festival at the Queen Mary! 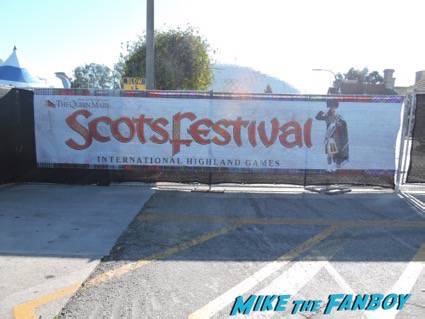 I’ve talked about going for years, but being the loser I am I’ve never hopped in my car and driven down there. This year I reached out to some of my friends and we agreed to meet up and see what this Festival was all about.

Oh…and of course #PocketJaime was along for the ride 😉

Expecting the traffic to take at least an hour if not more, I headed out early and imagine my surprise when 30 minutes later I was parking. WHAT?!?!?! That’s unheard of to get from L.A. to Long Beach. This miracle should have been my first clue to the perfection of the day.

Even before I fully exited my car I heard them….BAGPIPES! They were like a siren’s call (or as I refer to them – my mating call – hahahaha). That led me easily to the entrance.

Turning the corner I came across an encampment and immediately #PocketJaime felt right at home. 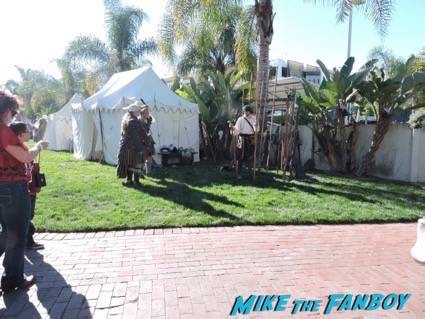 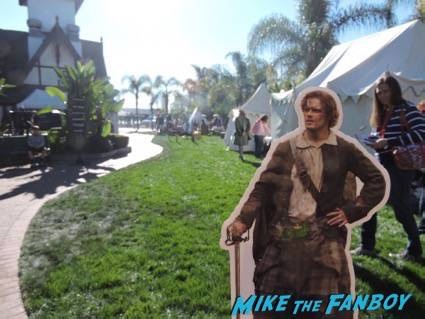 They greeted everyone and you could walk into the camp and interact with the people sitting there, but I bypassed this to hunt down the most important part of the Festival…BAGPIPES!

Everywhere. They. Were. Everywhere! In the tents, on the street, on the ship…it was non-stop piping all day. I could barely function and my face hurt from smiling so much.

Realizing I had time to kill before my friends arrived I headed on board the ship and up to the deck where there was going to be a dance class. 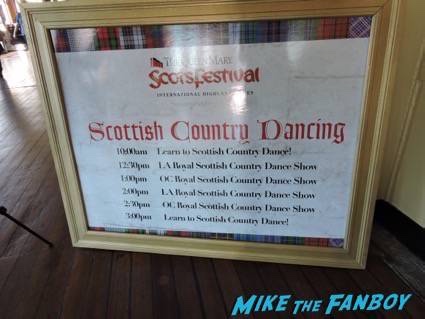 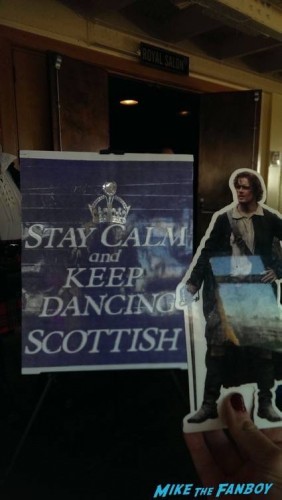 No surprise there right? It was quite a bit of fun and I happened to snag some videos so you guys could witness my…um…grace? LOL!

After the lesson, I decided to head out and explore a bit of the ship and the views. Also I hadn’t had breakfast so I grabbed a scone and coffee. From the decks you either got a good view of Long Beach: 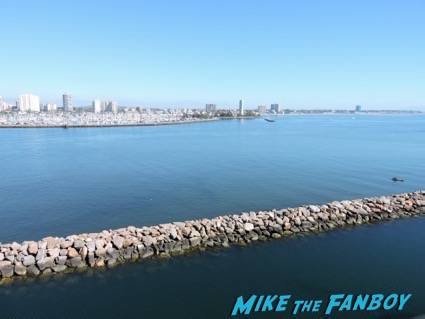 (I’m throwing in some random pics of the ship) 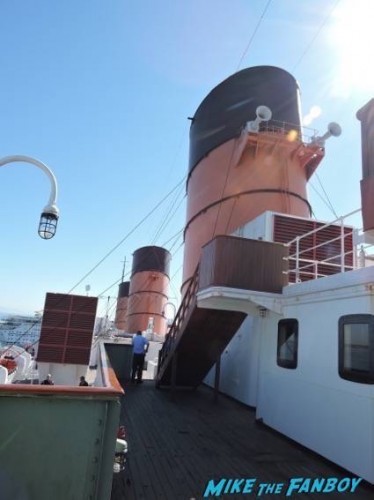 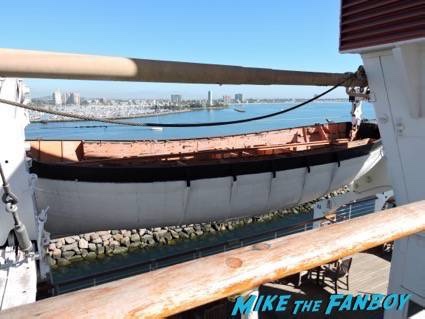 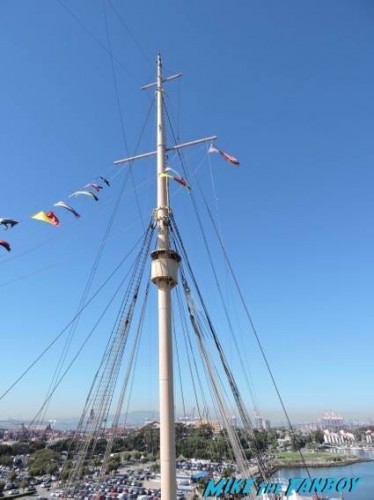 Or the Festival itself. Yeah, I know it looks kind of small but there really was a lot to do.   And….BAGPIPES! 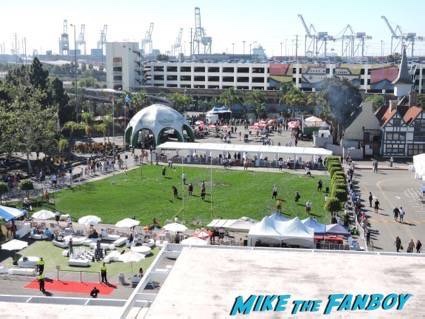 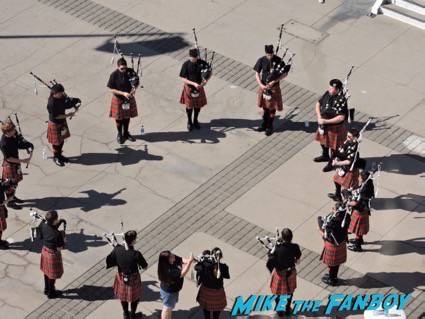 I tried to capture my joy:

I headed down to see some of the Games up close: 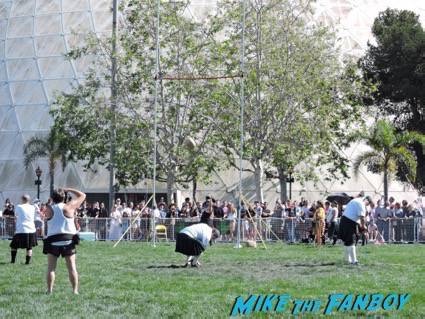 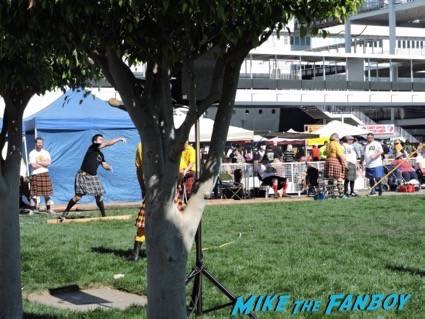 Then I found an area where they were doing archery. 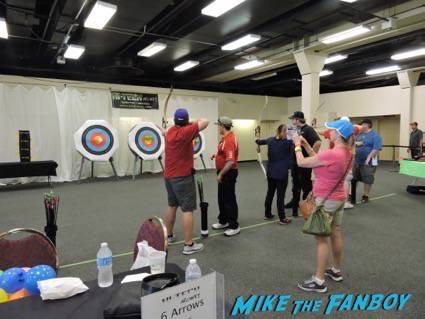 Unfortunately no one was around yet to capture my brilliance at the sport…so…I was AMAZING at archery. I’m a natural. Bullseye every time. Like freaking Robin Hood.

My friends arrived and Kelly (From GotFiction.com and Author’sWriteHand.com) and I immediately went to our Whiskey tasting. C’mon people, it’s a Scots Festival…how could we pass that up? 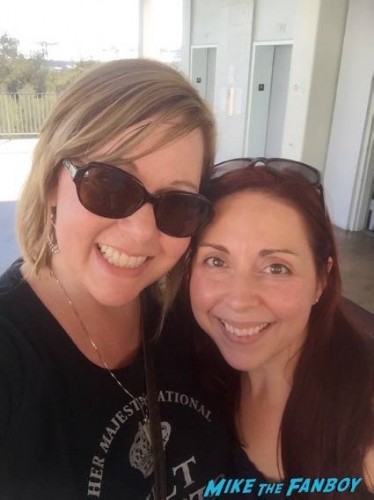 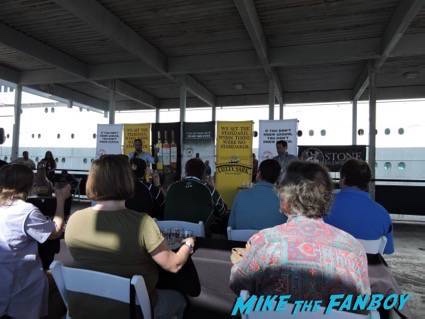 #PocketJaime also got into the action. My personal fave was the Macallan Sherry Oak 12 yr, I like my drinks a little smokey. 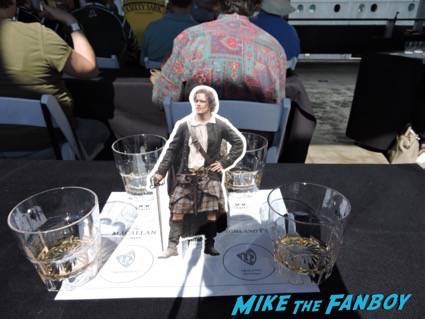 After the tasting we headed down so they could check out the Games and grab a beer at the Heineken tent. I passed, I’m not really a beer person. Or wine. I’m pretty much a Whiskey/Scotch/Bourbon gal.

There were kilts galore to be found, some even had their house listed. I was tempted by a few, but honestly I know I have Scottish ancestry so I’d rather learn the proper family and get their tartan. I was pretty proud of myself for holding out.

Thankfully, Shortbread needs no clan…mwahahahahaha. I also bought these amazing cookies called Ginger Lassies from McLaren’s. These are some of the most amazing ginger cookies I’ve ever had. And that’s saying something because I’m not a huge fan of ginger. These have the perfect blend of spicy ginger, sweet molasses and are chewy. I’m addicted.  Seriously.  I’ve ordered another bag along with some scone mix, lime curd, lemon curd and ginger bread.  I figured if these Ginger Lassies were so tasty then I’d better try something else.  Their shortbread is delicious as well.

Of course there was still the ever present…BAGPIPES! And I might have asked a time or two where one could take lessons in the L.A. area. We’ll see. I don’t know if I really want to learn to play, so much as find my kilt wearing, bagpipe playing man of my dreams. Who likes to chop logs, not necessarily toss them ;P 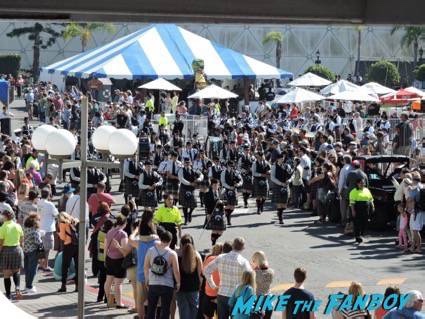 For lunch we grabbed some meat pies: 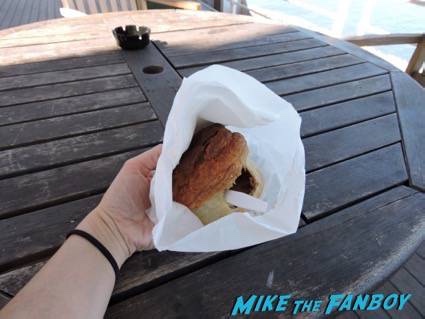 I got steak and mushroom. So tasty!

We explored the ship some more and I had a Steampunkgasm when I went into the steering area. I mean look at all this! I wanna do a Steampunk shoot here. Can you imagine the epicness?!?! 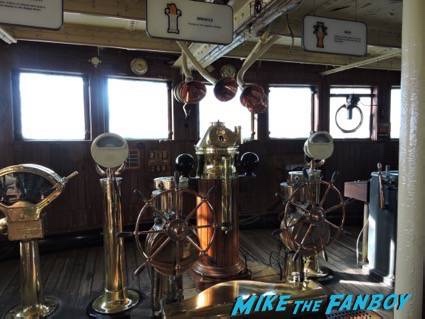 And that was pretty much the day. They had dart games going on throughout the day and there were even children’s games, where you could get knighted by the Queen:

Which I found a little odd…I mean correct me if I’m wrong but I don’t remember Good Queen Bess and her Scottish subjects being so fond of each other….anyhoooo….

It was definitely worth the trek and I’m so glad I finally got to go. Maybe next year I’ll make it down for their Robbie Burns celebration. I try to do the one at the Tam O’Shanter every year, but I bet this one would be a lot of fun as well 🙂

I’ll leave you with some more pics from the Festival and the Ship: 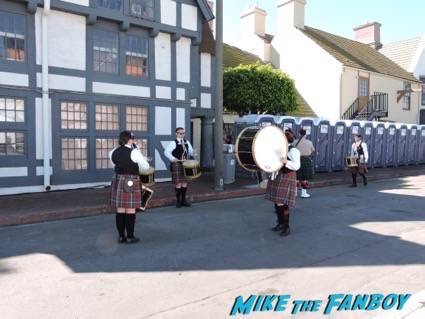 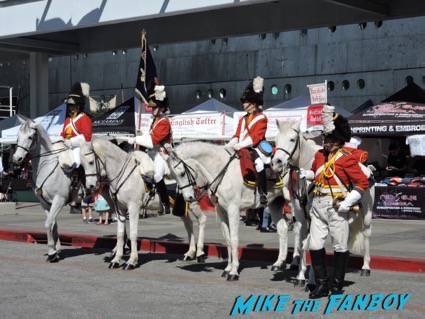 #PocketJaime is not so sure about this… 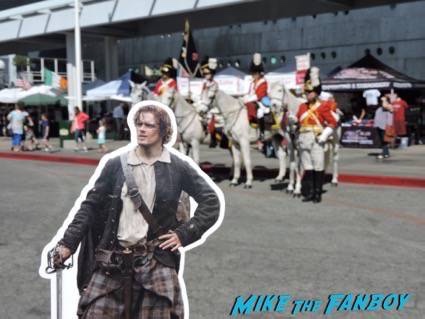 One of the long decks of the ship 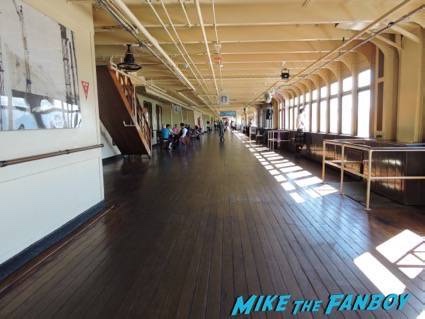 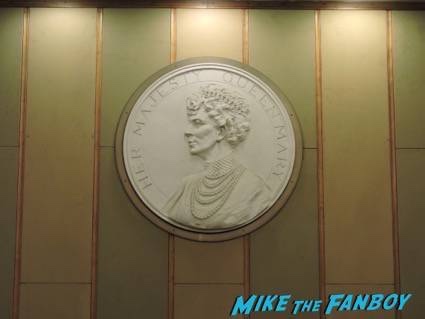 Some lovely architecture of the ship 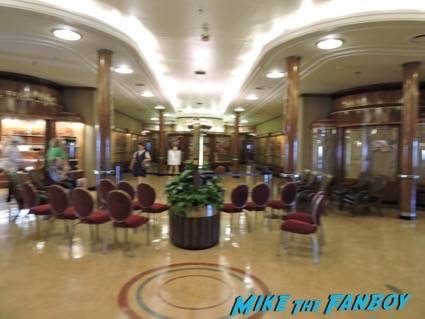 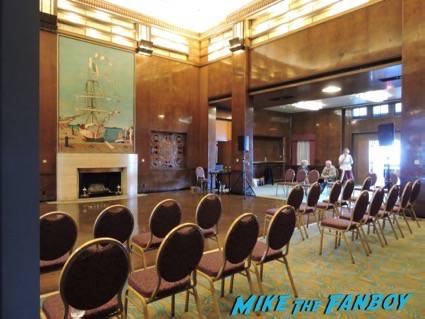 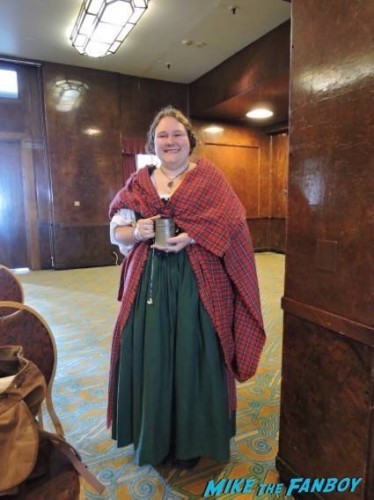 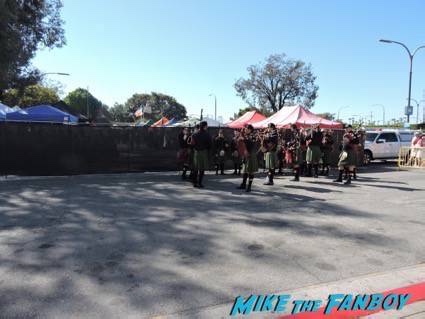 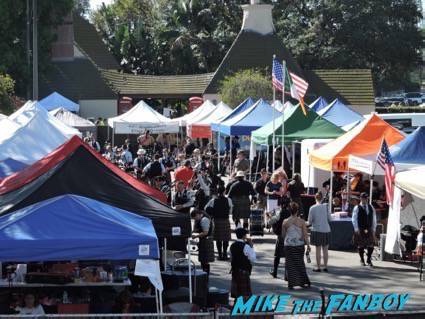