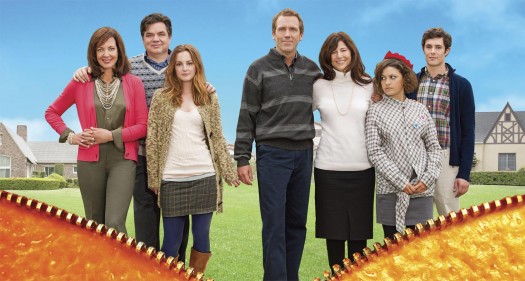 I warned you guys… This is Karalee day!

Now, as I have said time and time again Karalee is one of the coolest fangirls around and when I got overloaded with reviews, I knew she would be the perfect person to give this little indie film a spin.

The film is called The Oranges and it has an epic cast including Hugh Laurie, Catherine Keener, Allison Janney and tons more!

Check out Karalee’s full review after the jump!

In all honesty, “The Oranges” did not have enough juice. (Hey, I warned you.)
To expand the pun (because that’s what every reader is clamoring for right now), the movie was more pulp and seeds than zesty goodness.

I say all that with a heavy heart because this film boasts an amazing cast, including: Hugh Laurie (“House”); Leighton Meester (“Gossip Girl”); Catherine Keener and Oliver Platt (incredible in pretty much everything they touch); Allison Janney (“West Wing,” “Juno”); Alia Shawkat (“Arrested Development”); and Adam Brody (“The O.C.”). 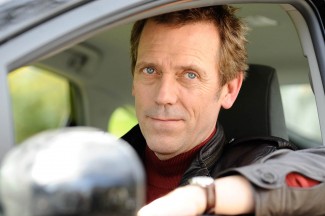 But even this stellar ensemble can’t save meandering thoughts listed on paper (known in “the biz” as a script). Now, even I can spot a film that can’t seem to make up its mind about what it wants to convey. Is it a dark comedy? Creepy satire? Debbie Downer on DVD? Yes! Huh? Oy.

The film follows two New Jersey families — the Wallings and Ostroffs — who live on Orange Drive. The families are best friends, but things go awry when 24-year-old Nina Ostroff (Meester) comes home for the holidays and begins having an affair with married Papa Walling (Laurie). The real drama starts when the affair is discovered and the film plays out the myriad ways each affected person reacts and unravels in equal measure. Shawkat plays Vanessa Walling, former childhood best friend to Nina, and she’s pitch-perfect throughout the film. Her narration helps carry the film and you see her expand beyond her beloved “Arrested Development” role of Maeby. 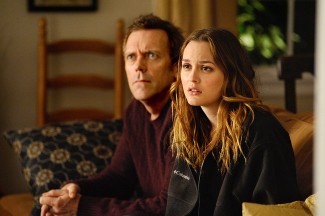 Actually, for me, that is the common thread of the film: strong performances by talented actors, making the most of a mediocre-at-best plot. In a way, it’s like the poor man’s “Ocean’s Eleven,” meaning that when Clooney assembled that all-star cast, the actors had something fun and meaty to dive into, and it resonated with audiences. With “The Oranges,” however, this outstanding cast is left with a disjointed map of where to take the story. And try as they might, they never quite make it beyond their respective street.

That said, I didn’t demand to know where the last hour and a half of my life went when the movie ended. And anytime I can see “Seth Cohen” and harken back to my love of “The O.C.,” I’m a happy camper. The movie elicits some laughs and features some strong performances. But overall, this “Orange” felt more concentrate than fresh-squeezed. 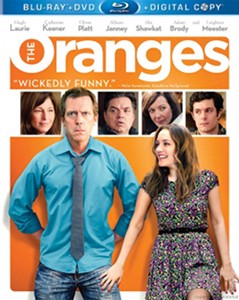