There is one event I used to love going to, that was the Oscar Wilde Awards. I remember years ago there were literally 9 people there for Colin Farrell in 2013, my God how times have changed so quickly.

This year, it’s a decent list with some Star Trek names I need and about 20 people already in place when I arrive.

That’s what you get when JJ Abrams is on the list these days. 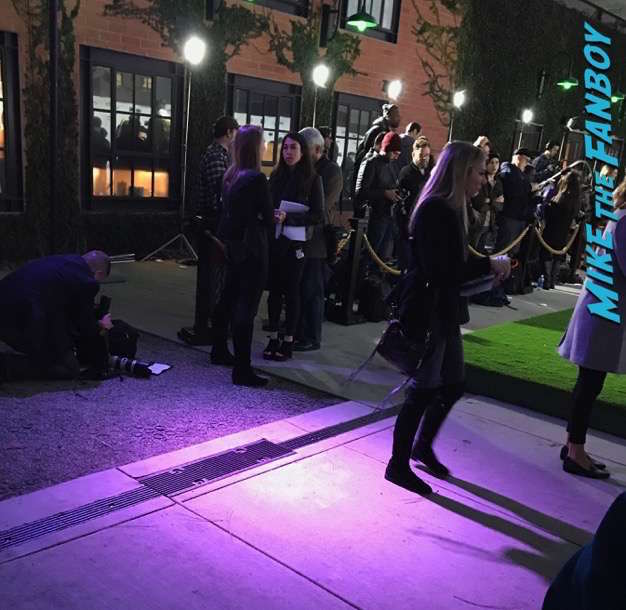 There were some Westworld people, Ruth Negga, Alice Eve, Zachary Quinto was getting honored, Martin Short, Catherine O’Hara, like I said not bad. Oh and Caitriona Balfe from Outlander who of course brought out a few people.

It was a nice night, a bit cold but not bad.

I talked with Chris, who is always a fountain of information and Pasadena Mike who was giving me a history lesson about Davey Crocket’s hat, not that I asked mind you.

The person person to arrive that I needed was Nora-Jane Noone who was in one of my favorite horror films of all time, The Descent. She was hyper nice and happy to sign. I brought a mini poster for her. 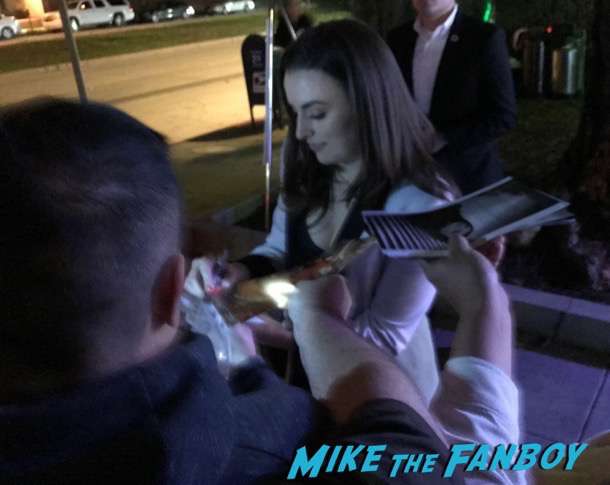 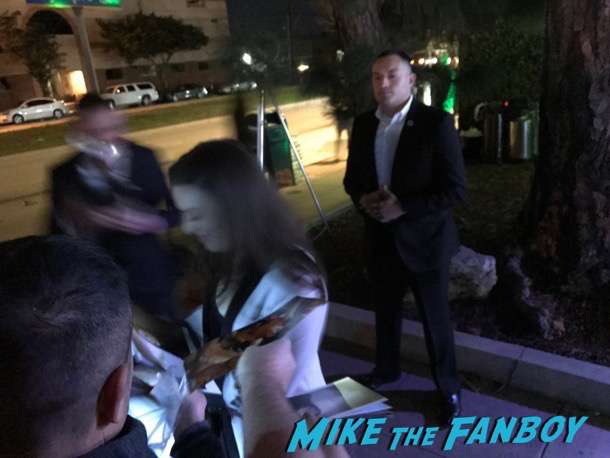 Then Shannon Woodward was here and she signed my two Westword posters for me. I love her!

Lesley Nichol from Downton Abbey arrived, I didn’t have anything for her, but she’s just as sweet as you could imagine. 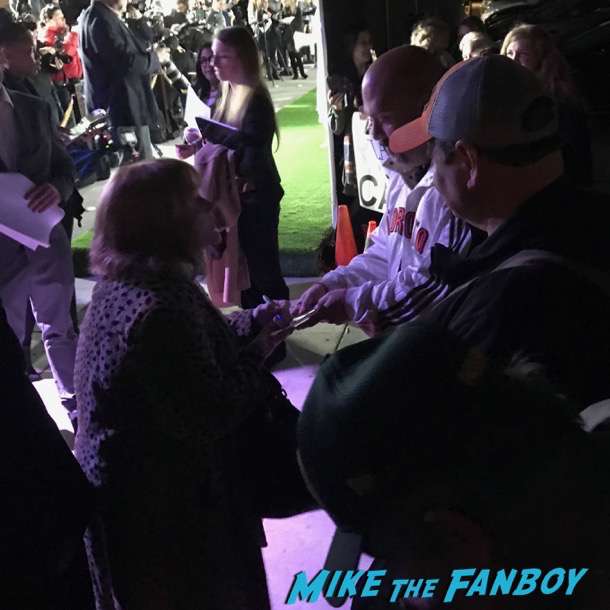 Simon Quarterman showed up who was Lee Sizemore in the Westworld. God, that show is awesome! He was super nice and signed both of my posters.

Then it became kind of a blur,

Glen Hansard arrived and was nice and signed. 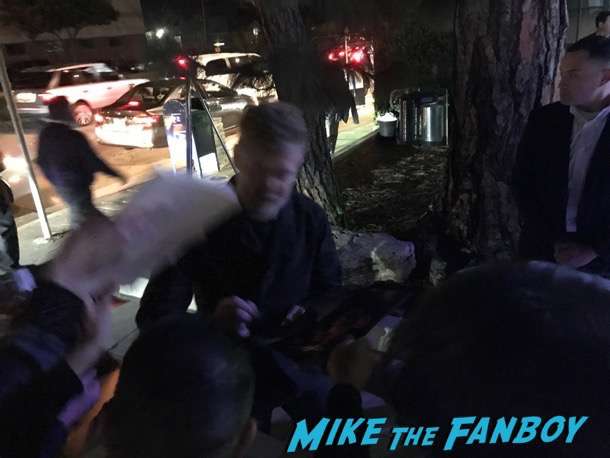 Alice Eve was there with Zachary Quinto, and it always sucks when two people arrive at the same time.

Zachary Quinto signed and was nice, even though Chris decided to cover my poster, Zachary still signed my Star Trek Into Darkness poster regardless. Ahem… thanks Chris. 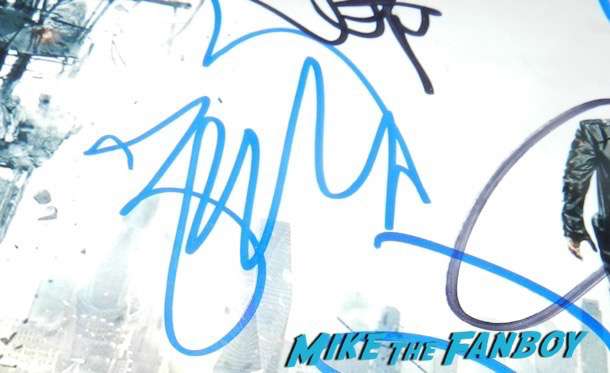 Alice Eve wasn’t in the mood to sign per se, but she still signed my individual poster of Carol Marcus.

Then Martin Short showed up, and I’ve never seen him be this nice. He took his time and went down the line signing for everyone. He signed my Father of the Bride and Interspace mini posters. 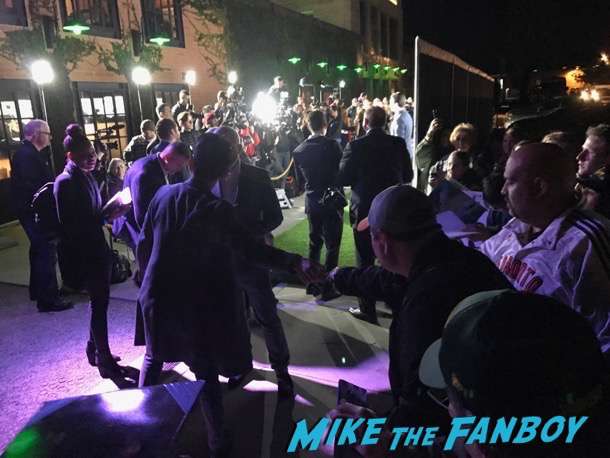 Catherine O’Hara arrived and at first said, “No.” Then she relented. She finished my Penelope mini poster and signed my A Mighty Wind poster as well. She’s tough to get, so I was happy.

Caitriona Balfe went to the girls who made a sign for her, but it was a madhouse and she stopped before I could get to her.

JJ Abrams, always nice, signed his life away, but I didn’t run over there because I was waiting on Karl Urban and some other who didn’t show. Ah well.

It was a great night, I was very happy. I mean I wasn’t happy that at the end when Zachary Quinto was signing again, Chris decided to try and throw a boarded one sheet over three rows of people which caused him to stop, but hey I got my main poster done! 🙂 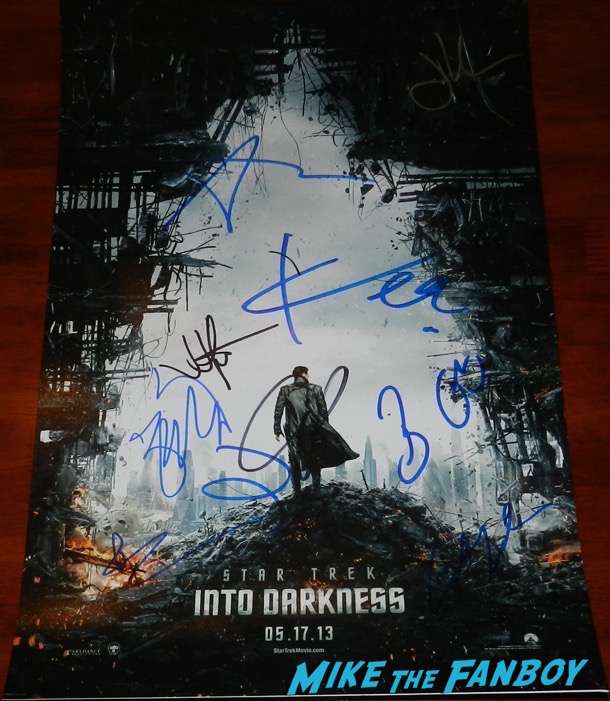 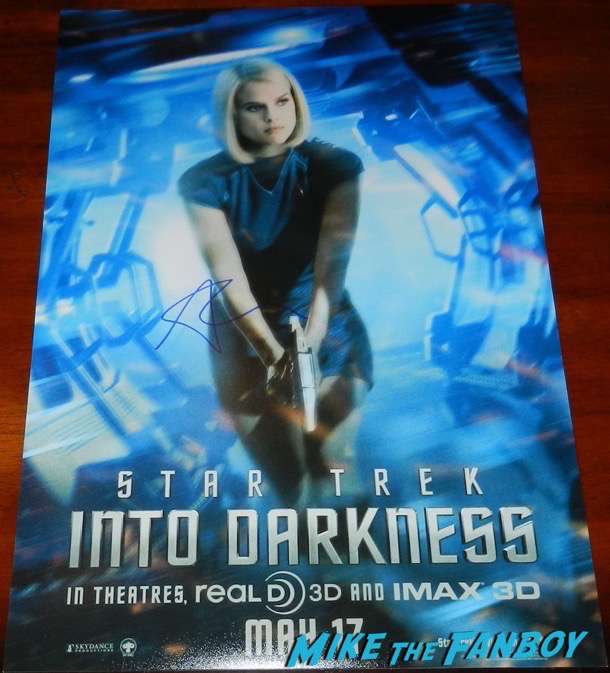 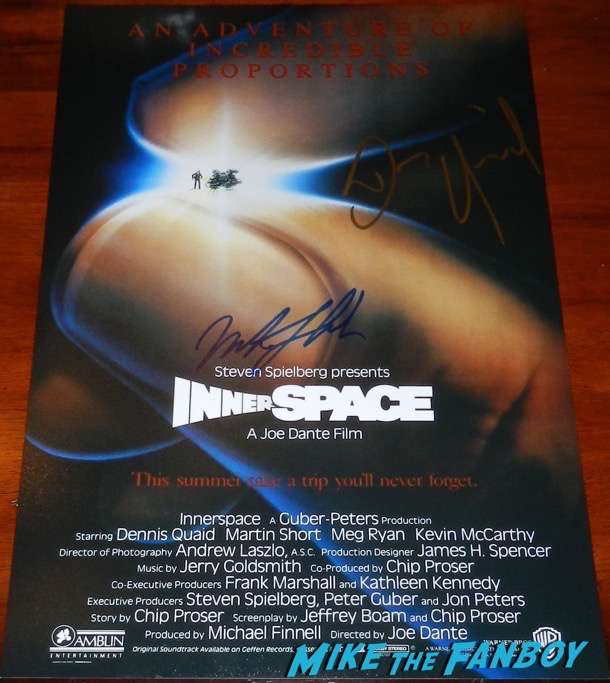 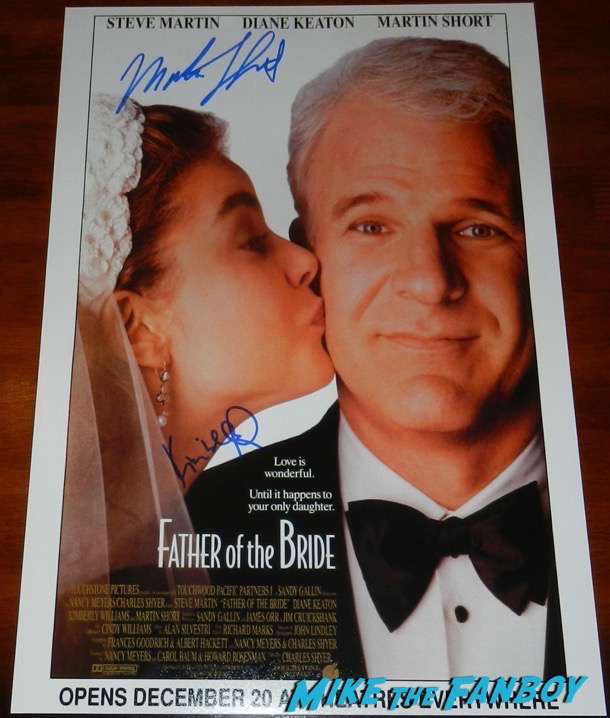 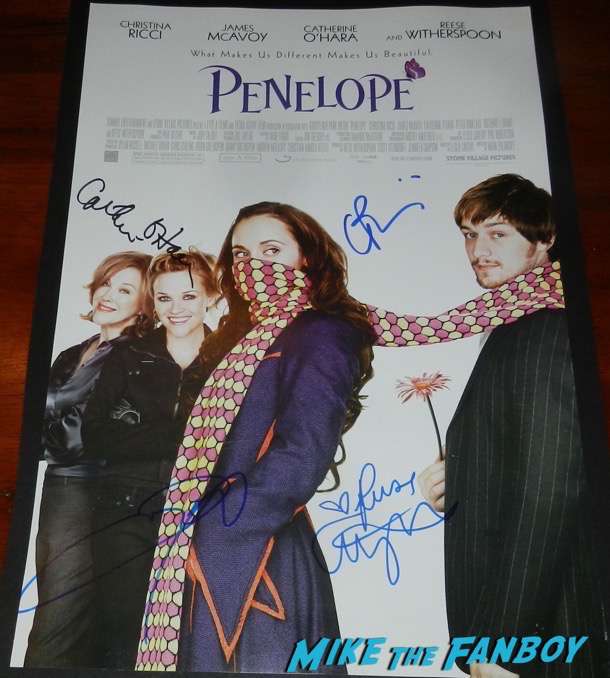 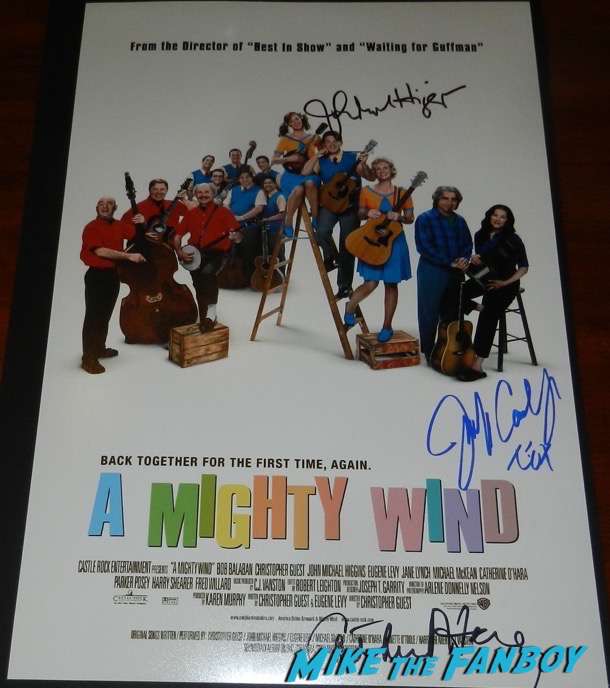 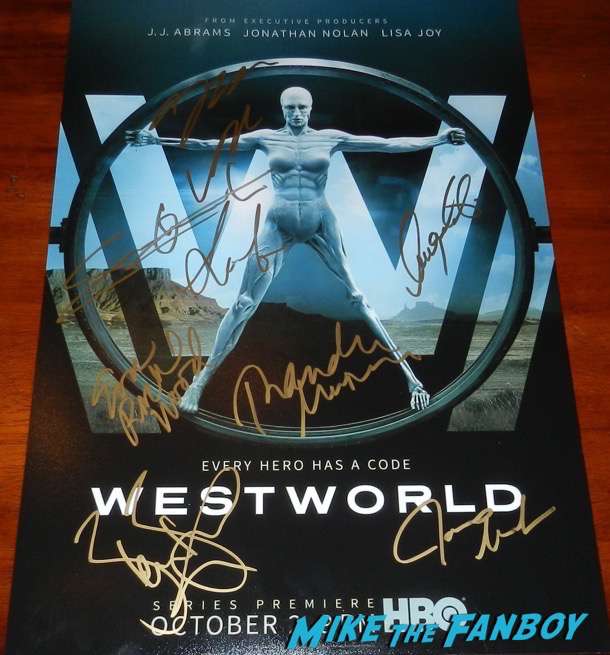 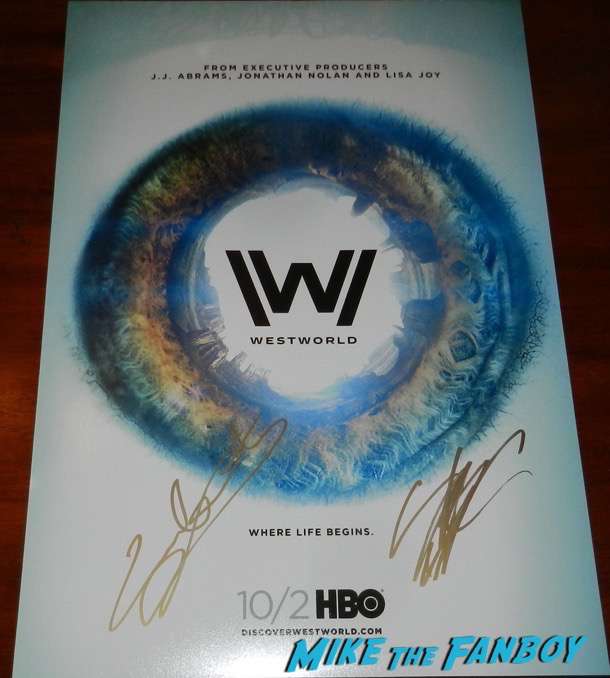 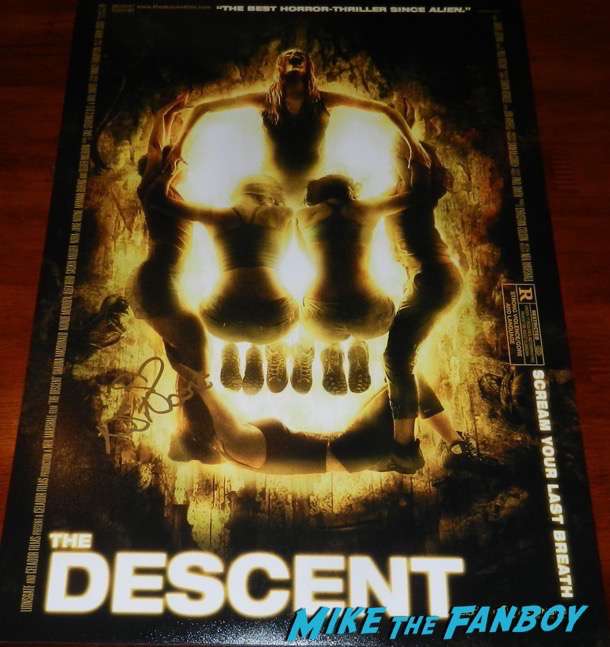