Today, Suddenly Susan is The Other Woman! That is she went to The Other Woman premiere. Susan is a huge Chicago Fire fan and when she heard that Taylor Kinney was going to be here… She had to show up!

Susan was also nice enough to take my magazine for Cameron Diaz, which I really appreciate. At a premiere you have to put in the time sometimes right? But eventually, Suddenly Susan gets her man!

By popular demand, here it is – The Other Woman red carpet premiere recap! I’ll start by saying how much I dislike doing movie premieres. In fact, this is my second and hopefully last one. It’s just too crowded, too long of a wait, and too cray cray for me, although I’m told this one wasn’t that bad.

I arrived at 11am and was already down at the 4th barricade. It’s hard to tell how many people are actually there, since scarves, towels, and articles of clothing were used to hold spots. Was this a premiere or a yard sale? I see nothing wrong with holding a few spots, but when people start holding 12 (yes, you read that correctly) at a time, it’s a bit ridiculous. 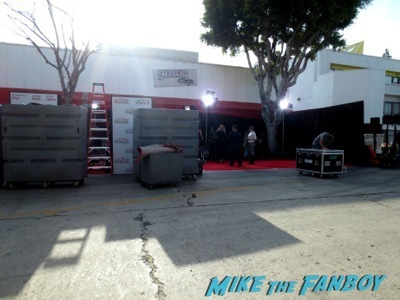 Scotty the Music Man arrived shortly after I did and we were able to move down a good bit to the 3rd barricade. We were in the exact spots we were for Draft Day (yes, I owe Mike a write up on that as well) and we had all done really well that day so this should be easy. 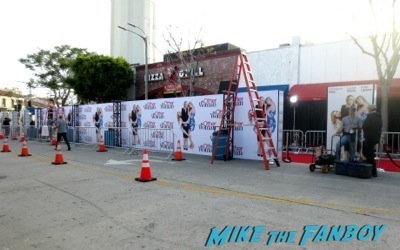 It’s almost 6pm and the crew is STILL setting up for the event. 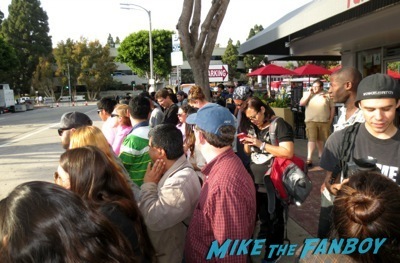 Ross the Intern arrived early since he was doing red carpet interviews. He waved and promised to come over in just a bit. 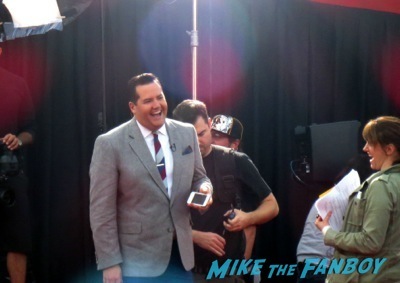 True to his word, once makeup and sound check had their way with him, he came right over. Fan or not, you can’t deny he’s a super sweetie. I got a photo and joked to Scotty that it may be the only one I get that night. 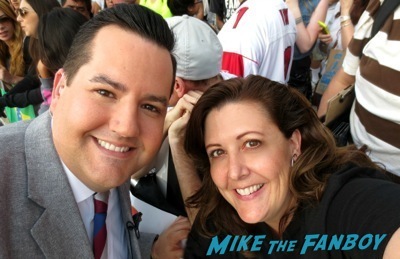 That bit of foreshadowing was pretty darn close, as you’ll soon read. Shout out to Karalee whose Ross’ biggest fan!

Arrivals start happening and there’s no one much to mention, until Cameron Diaz drops off. She smiles and waves at the crowd of screaming fans. Then she pulls a Channing Tatum and starts at the far end with the people who had just arrived. At first, the Intel is she is only waving at people. But then, DVD Dave confirms she is in reality signing. Let’s hope she comes all the way down! 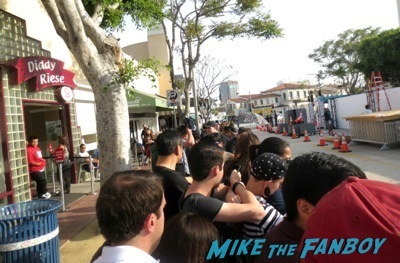 Next drop is Taylor Kinney. Who? Exactly, which is why I thought there’d be no problem getting him. In fact, he was the ONLY reason I was there. I love me some Chicago Fire and I love me some of Lady Gaga’s man toy. He is ridiculously good looking. He goes to the beginning of the barricade and signs for what seemed like 2 minutes and maybe ten signatures and headed back to the carpet with a wave. 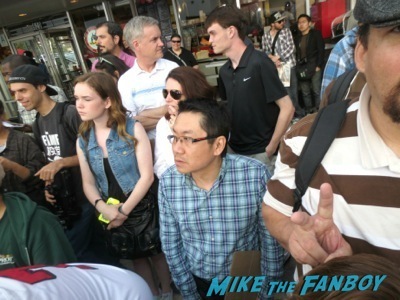 Seriously? I took the day off of work to be here, sweated in the hot sun for 8 hours and that’s it? Ten people? Say it ain’t so Taylor!

Before I can sink into a depression, Cameron reached us. From what I was told, she is a cold, cold woman. Perhaps she had taken a happy pill, because not only did she sign down the whole line, but she was smiling and even chatting with people. I asked her if she could get my magazine and she said, “sure hun” and made sure to sign in a light spot since she had a black sharpie. 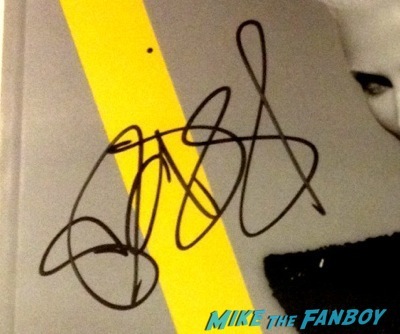 The magazine belonged to someone else, but I promptly sold it on eBay (just kidding Mike). I heard her ask Scotty if his DVD cover was finished now, after she signed it for him. 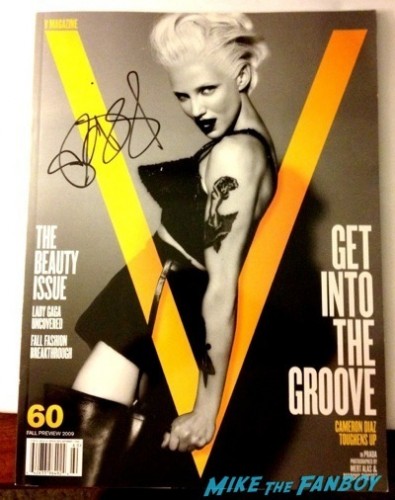 Leslie Mann dropped and came straight across but only seemed to sign for a small group. I had been told she’d do the whole line for sure. Maybe her heels were hurting her, or she wanted to get back to her kids and hubby Judd Apatow (who didn’t come over by the way). I can’t fault her, but I was disappointed in not getting her.

Kate Upton actually came straight to our section, but was VERY picky about what she signed. I tried getting a sports illustrated shot signed for someone and she grabbed the board, hovered the marker over it, then said ‘no’ and let it go. Makes no difference to me, but what’s the logic in that? You’ll pose in a bikini for tens of thousands of dollars, but you won’t sign one of those photos? Strange.

Nicki Minaj dissed the hordes of teenagers who were waiting for her, while Nikolaj Coster-Waldau (aka The Frenchman) was a no show. Apparently, he’s filming a movie in Australia. Don Johnson was also a no show.

I headed for the theatre entrance to try and get Taylor there I was able to get right on the barricade. Taylor walked inside with just a wave. Seriously? This blows.

Matt Groening came over to sign and draw Simpsons characters and you would have thought he was handing out solid gold bars. I was seriously getting crushed. I got hit in the face with a photo board as well. Time for the double barrel elbow slam! That gave me a little breathing room. I had nothing blank for Matt to sign, so I stood there, getting crushed for a good 10 minutes while missing out on the autograph opportunity myself.

After Matt left went inside a lot of people left. Scotty and DVD Dave joined me on the barricade. I’ve waited 9 hours, what’s another two, right?

Two hours later, the theater started to empty. No one came over. I spotted Taylor in the far corner and yelled for him. He was taking photos with people, but was making his way to us. I was wearing a ‘Team Severide” shirt (it’s from his TV show). He definitely saw it and had a big smile on his face. He signed for Scotty first (which was actually my photo) and he asked Taylor to make it to Susan and he did, with lots of love. 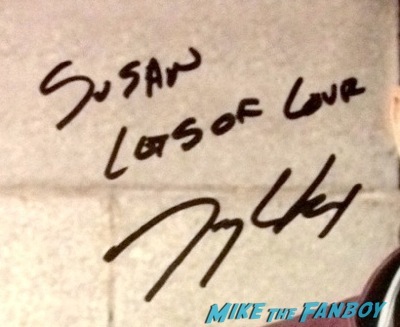 Not a little bit people, lots! He got to me next and I asked if he saw my shirt and he said, yea, it’s awesome! 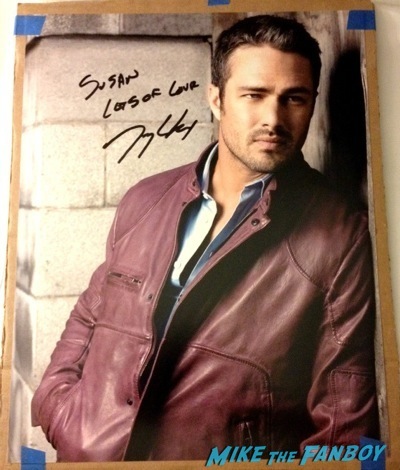 He signed my magazine before I could get him to switch pens, so it’s a little squished, but it’s still nice. Then I got a photo with him. 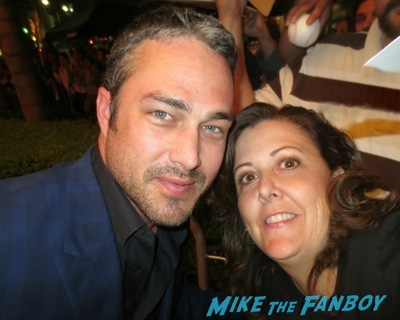 Scotty and DVD Dave both told him I’d been there since like 10am and I’m pretty sure he said, that’s cool. Is it Taylor? Not really.

But, I got my personalized photo and magazine signed, plus a decent photo op. Mission accomplished! 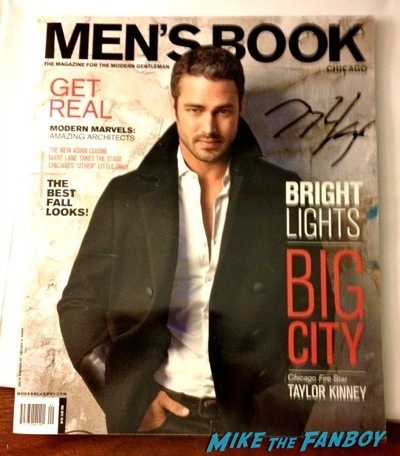