If there was one event I never wanted to relive it was the O.J. Simpson trial. It split up communities based on race and gender and was one of the most explosive trials of all time. If you asked anyone about the trial, I’m sure they would have said something like, “I know everything that happened.” But after watching the The People v. O.J. Simpson: American Crime Story, they might have to eat those words. 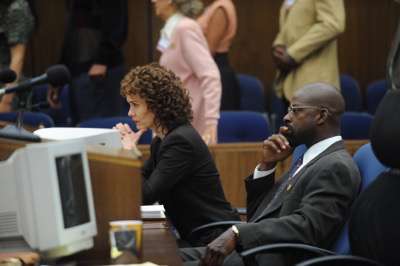 The People v. O.J. Simpson: American Crime Story is out now on Blu-ray and it was by far my favorite television event this year. The series goes into everything about the trial including how Marcia Clark (Sarah Paulson) felt that it was a slam dunk case and an easy win, how no one on the prosecution could have predicted how the race issue would have affected the outcome and even a look at the jurors and one man on the jury even giving the black power hand gesture while leaving the courthouse. 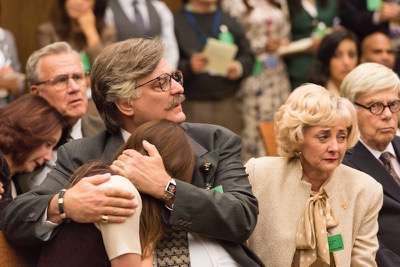 If you’re not familiar with the trial, O.J. Simpson (Cuba Gooding Jr.) was found with a cut hand, bloody gloves and enough DNA evidence all over his car to convict three people. He was on trial for the murder of Nicole Brown Simpson and Ronald Goldman and led the police on a case through the streets of Los Angeles. The unbelievable story continues as the jury is picked, defense lawyers are infighting and the looming memory of the Rodney King riots. 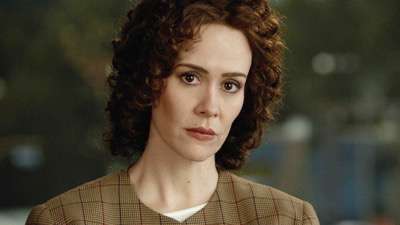 It’s one of the most interesting and complex tales of a trial ever. You see plainly where the prosecution messed up, more than once, how the herculean task in the 1990s of breaking the heroes facade would have almost never have convicted him. It’s not like it is today, in the age of the internet and social media. Our celebrities lives have become open books but back then it was all a glossy veneer. 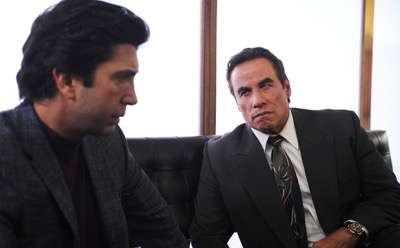 I never thought a series could explore race in such a raw, open and honest way, but The People v. O.J. Simpson: American Crime Story does just that. On both sides, it really looks at the differences in culture and you soon realize that in the 1990s, a conviction would have been almost impossible to achieve. 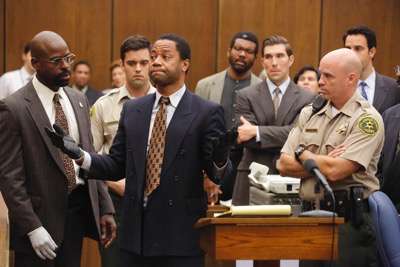 The performances in The People v. O.J. Simpson: American Crime Story are stunning. Sarah Paulson is amazing as Marcia Clark. She at once is tough as nails, but also emotionally fragile, balancing her career, a crumbling marriage and even a trial where her ex-husband is suing for custody of their child. Top that, with mounting criticism of her looks, and every move she makes is tabloid fodder. Paulson, just nails every scene. She’s one of the best actresses of this generation. 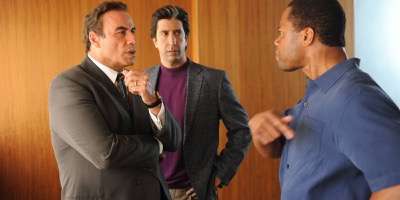 Courtney B. Vance is also stellar as Johnnie Cochran. You want to hate him, but you can’t. He’s so good at the showboating and what he does. I came into The People v. O.J. Simpson: American Crime Story with a preconceived notion of Johnnie Cochran, but after seeing the series that changed completely. Also excellent are Sterling K. Brown as Christopher Darden and even John Travolta. I know a lot of people have criticized his role in the series, but after a couple episodes he settles in and really nails the role of Robert Shapiro! 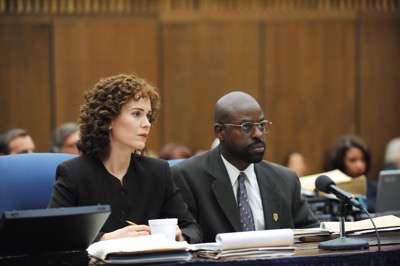 The People v. O.J. Simpson: American Crime Story arrives on Blu-ray in a fine transfer thanks to 20th Century Fox Home Video. The colors have a saturated look for the courtroom scenes which, if you’ve ever been in the Downtown Los Angeles courthouse, really is accurate. The details are clear and crisp and is way better in terms of picture quality than the broadcast version of the series. In closeup you can see the cross stitch of the fabrics in the suits and even the grain on the wood. 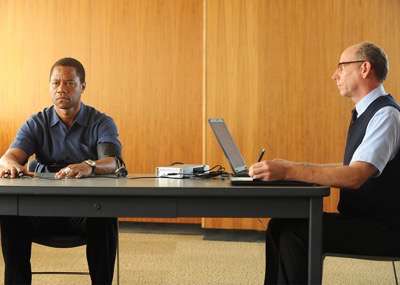 Past Imperfect: The Trial of the Century – This is a really great featurette to watch after you’ve seen the full series. The cast and crew talk about the trial and even Jeffrey Toobin, whose book the series is based on is included in interviews.

Facts of the Case: An Interactive Timeline – This is a great feature. It’s an interactive timeline that you can go through and trace the events in the series. There are clips from the series as well to guide you along. 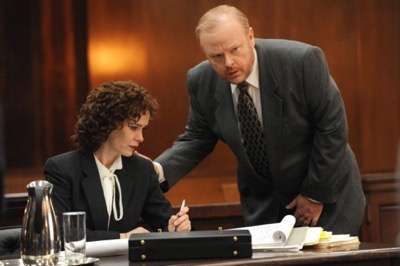 Overall, I highly recommend The People v. O.J. Simpson: American Crime Story. In fact, I’ve already made several people watch it. It’s by far the best event series this year and is one of the most riveting dramas you will ever see, especially since we all know the ending. However, that’s really superfluous; It’s the journey here that matters and it’s rare when a drama can explore a journey like this so in depth and unflinching.

The People v. O.J. Simpson: American Crime Story is out now on Blu-ray!