We are living in bizarre times; the country is divided and people are entrenching themselves into their positions more and more on both sides of the political spectrum. The words, “fake news” have been repeated so often, one would think it was a verb or a new category to be searched at the video store. It’s fitting in a way that The Post, which is a biography, have come out during this time. Entertainment, whether it’s film, music or television has been a reflection of our times, which is exactly what The Post has done. 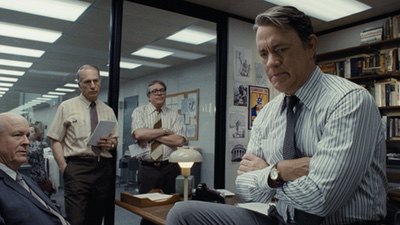 The Post, out now on Blu-ray and 4K high definition, stars Meryl Streep and Tom Hanks in a film that applauds journalism and truth above all. Kay Graham (Meryl Streep) took over running the Washington Post following the death of her husband and in 1971, the year the film takes place, it was not the large newspaper it is today. In fact, The Washington Post was a small upstart paper.

Ben Bradlee (Tom Hanks) is the head editor of the paper and he’s been searching for a big story to push The Post into the big leagues. The New York Times published a scoop with leaked Pentagon Papers that divulged information about government corruption during the Vietnam War. The Post got the same info but was beat to the punch. 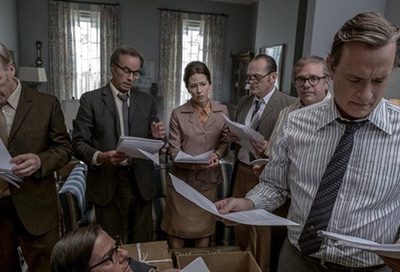 One of The Post’s reporters Ben Bagdikian (Bob Odenkirk) gets his hands on the full document by the same reporter who gave the Times the original papers. The problem is, the Nixon administration has filed an injunction against The Times, saying that the papers were a violation of National Security. If The Post publishes the document, the entire paper could go under. There would be legal ramifications that the paper would probably never recover from. The decision lies squarely on the shoulders of Kay Graham.

As if happens, Kay is on the verge of bringing The Post pubic to raise much needed funds. If they decided to publish the papers, the entire deal could get pulled and the paper might go down. If they decide to wait, the term Freedom of the Press would be destroyed. It’s a no-win situation and in lesser hands the film wouldn’t have been as exciting or well executed. 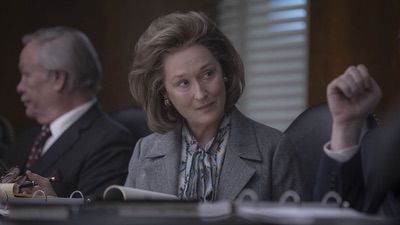 Directed by Steven Spielberg, The Post moves along nicely. It’s briskly paces and while the subject matter can get a bit dry, the actors do their best to keep the stakes high. Meryl Streep, who is a national treasure, plays Kay Graham as a woman conflicted but trying to make the best of her new life in charge of a paper while never getting the respect of the position because she’s a woman. It’s a wonderful performance and she was rightly nominated for an Academy Award for it.

Tom Hanks delivers another excellent performance as well. He is more affected than Streep and at times he slips into playing a character rather than a three dimensional role. For any other actor, no one would notice but because Tom Hanks is so talented, seeing him working more on the ticks and quirks of the character takes the viewer out of the role a little. This is probably why Streep received more accolades than he did. He still does a wonderful job.

The Post arrives on 4k high definition is a wonderful transfer. The Post isn’t a film that screams to be seen in 4k, however the high definition transfer suits the film well. The color palate of the film has a brown hue meant to represent the 1970s and the short sleeve button down shirts of the newsroom. It really adds a dimension to the film, and it’s a rich palate of colors that looks exquisite on screen. There is no loss of fallout even in the darker scenes and it’s quite near a perfect transfer. You can see every line and wrinkle in Tom Hanks face, every subtle expression on Meryl Streep’s reaction shots. It’s really amazing to see how 4K can elevate a high-end drama and not just an action heavy film. 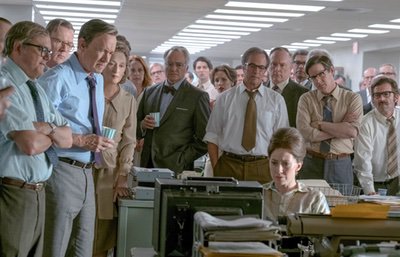 Layout: Katharine Graham, Ben Bradlee and The Washington Post – This is a show featurette featuring the real life counterparts played in the film.

Editorial: The Cast and Characters of The Post – This featurette looks at the ensemble and how it came together.

The Style Section: Re-Creating an Era – This is a look at the set design and the style of the film.

Stop the Presses: Filming The Post – A look at the behind the scenes shooting of The Post.

Arts and Entertainment: Music for The Post – This is a quick look at John Williams and Steven Spielberg and their partnership over the years.

Overall, The Post Is a fascinating film. The performances are top notch, especially Meryl Streep who is captivating in the lead. It can tend to be fairly dry and relies on the actors and sometimes the music to keep the pace and intensity up. It works though and is a fine piece of cinema celebrating the truth in news and not that fake stuff. Recommended.