I always get super excited when I get a report from my favorite MTF correspondent on the other side of the pond, The Scarlet Starlet! This time she is out for everyone’s favorite Adamantium infused super hero, Mr. Hugh Jackman! I know all of us here at MTF do love Mr. Jackman, some more than others.. Cough… Cough… CB…

Anyway, Scarlet was out at the UK premiere of Real Steel… Which I keep hearing was pretty good… I just don’t know about it, but people with really good taste in movies keep telling me I’ll like it… So… I’m going to give it a shot.

But before I weigh in on the merrits of the film, check out Scarlet’s review of the premiere!

Take it away Scarlet!

So today (14th Sept 2011) I’m out for Hugh Jackman – Wolverine himself! I loved all the X-Men films (yes, even the Wolverine one – don’t judge me!); Van Helsing and The Prestige were cool too! He’s going to be appearing at the UK premiere of ‘Real Steel’ (in which he stars) at Leicester Square, so that’s where I’m going to be!

12.30pm – right! That’s it! The computer is off; the phone will not be answered! I wave goodbye to the boss and I’m out the office door…!

13.00pm – I wonder how this premiere is going to work. I mean, the centre of Leicester Square is closed for refurbishment. Where will they actually have the red carpet?

13.30pm – Off the train at Waterloo, grab some lunch, stuff it into the bag, and leap on the tube to Leicester Square (I could walk it, but that would cost me another half hour and who knows how things are looking! I’m trying an experiment of not turning up first thing in the morning… will lunchtime give me enough time to get a space at the barriers? Or will I be a couple of rows back? Or will I end up having to go comfort-shopping for shoes as there is no chance…) 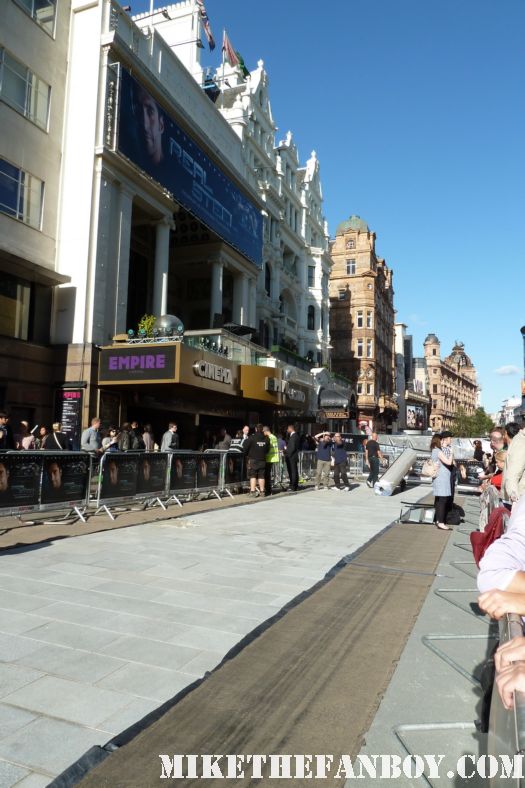 13.40pm – I needn’t have worried! There are like, 20-25 of us here; many I think are professionals. Staff are still constructing the fan pens and interview area, and we’re just blocking street traffic and the entrance to shops! But being very British we refuse to abandon the queue! It is the foundation of civilization and the one remaining constant in an ever changing world. We love the queue!!! Long live the queue!!!! 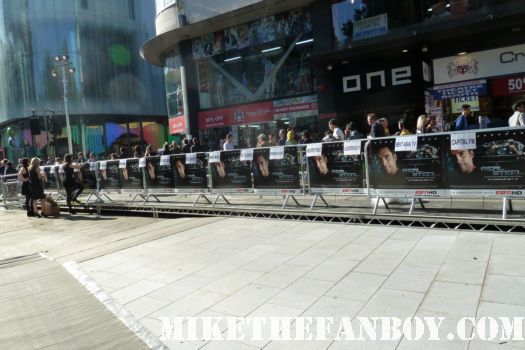 14.20pm – We’re busy trying to work out how this will happen. I’ve talked nicely to security guards who have identified the drop-off area. There is an interview section on one side of the drop-off, and then the red carpet to the cinema entrance on the other side of the drop-off. Strange…. 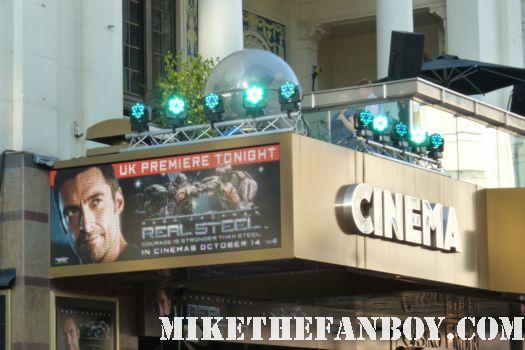 15.00pm – We’re queuing for the red carpet fan pens, and there are rumors of fan pens over by the interview stage as well! Dammit! I don’t want to lose my place in the queue (people at the front are defending their queue position with their lives!) to see what’s going on. If I stay here I think I’ll get a good spot in the red carpet pens…

15.30pm – Woop woop! They’re letting us in! Awesomeness. I get a spot right near the top of the red carpet fan pens, just about where what I think are the press pens will end. This is my cunning plan. Lots of others have chosen the opposite end, close to the cinema door…

16.15pm – Ye gods; they’re expanding the press pens! So we have press lining one side of the red carpet and fans lining the other. This could get interesting!

18.00pm – The sun was dazzling us for a while, but it’s hidden itself behind a building now, making it easier to take photos… It’s starting to get busier in the fan pens; the entire barrier is full, but there’s not even a second row where we are! The announcer starts somewhere between 6pm and half past, and we get teaser clips of the film shown on a big screen… Then the first special guest! A robot! He tramps around the red carpet (along with his own driver and very very loud speaker-chair) talks to and squirts water at the press. Then we get the arrivals! First, boxer Amir Khan, Shawn Levy the director, then the man himself! Hugh Jackman is on the blue carpet!!! Woop woop!!!! They’re doing interviews with the host up at the interview area. Waiting patiently… 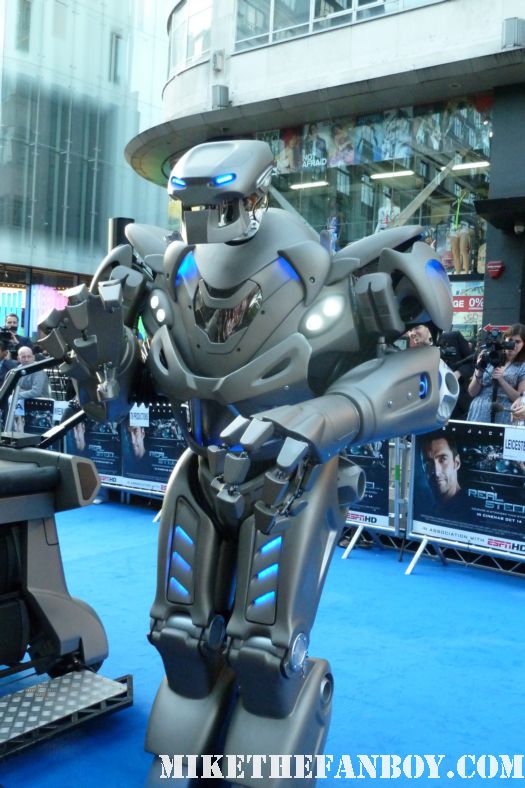 18.30pm – OMG, my world is just thrown into turmoil! Some of the people passing us to get into the premiere stopped in front of me. They have spare tickets to get into the premiere, so they gave me one!!! OMLOMLOMLOMLOML! I get to go to the cinema with Hugh Jackman!!! But now I have a quandary. We’re supposed to be seated by 6.45pm. I really really want Hugh Jackman’s autograph! Do I go into the cinema, or do I stay and wait for an autograph. I’m out of the fan pens and onto the blue carpet (I’m treading the blue carpet!!!) and I get told I need to go one way or the other. What do I do??? 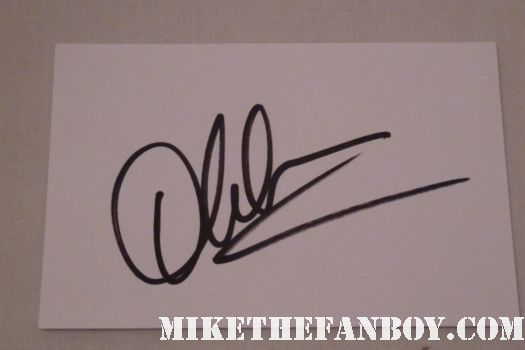 18.47pm – Shawn Levy! Moving fast, but he signs for me too – awesomeness!!! We can see Hugh Jackman giving interviews to the press – he’s working his way down slowly… He finishes one interview; zig zags over to the fan pens, signs a handful of autographs, and heads back across the carpet to his next interview. He indicates to us that he’ll be coming back. 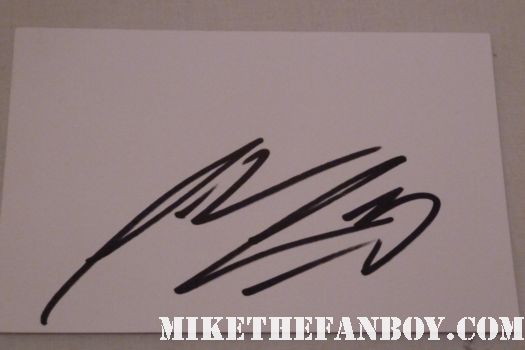 18.50pm – Judging from the screams of the younger fangirls next to me, I think Dakota Goyo must be in sight! … O yes indeed… I think he may be a little overwhelmed, but he’s really nice, goes over to them and poses for photos and signs autographs. He kindly signs for me too. 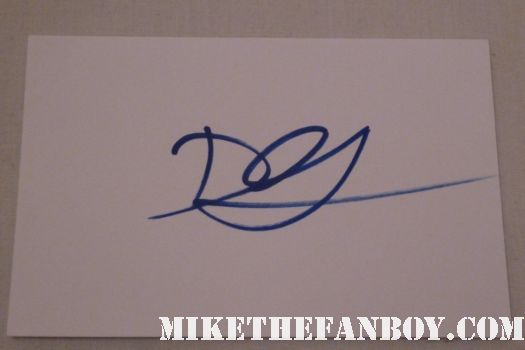 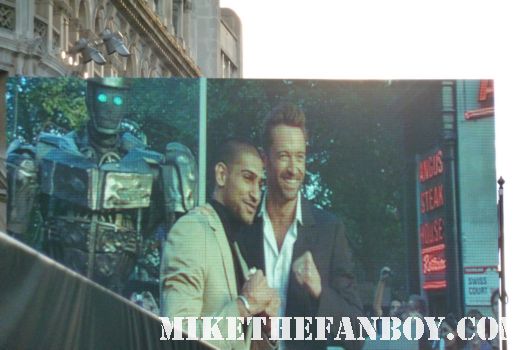 18.55pm – Here comes Hugh Jackman!!! He signs my Wolverine photo – so so so cool!!! And oh my word, he agrees to a photo as well!!! There you have it! Hugh Jackman is officially awesome to his fans! 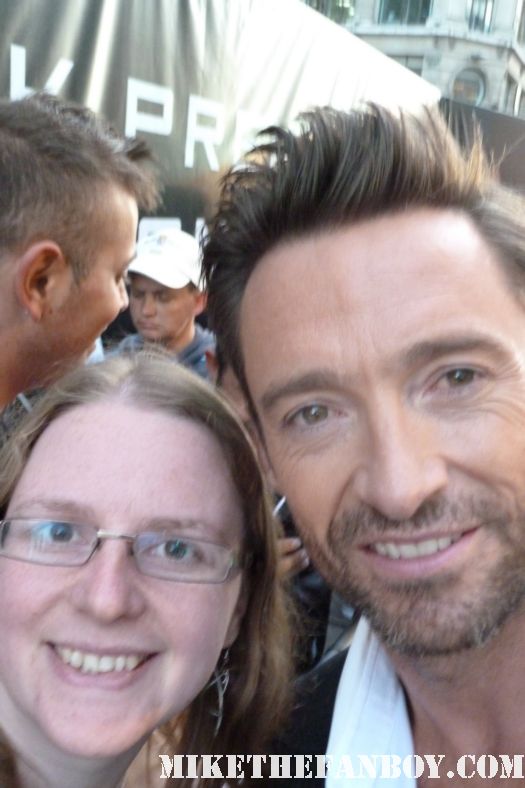 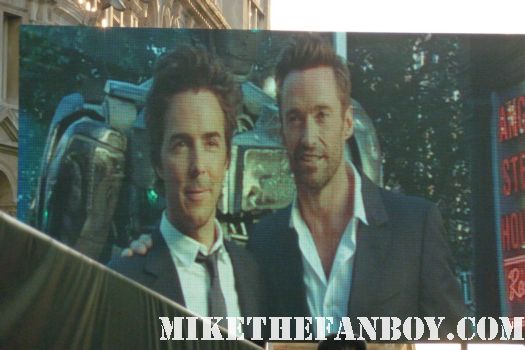 I still have the entry ticket in my hands! Security says it’s okay, so I’m out of the fan pens and back on the blue carpet, heading into the cinema! It’s a massive venue, and we get free popcorn and a drink – nice! Once everyone, stars and film-fans alike are seated, the director of ESPN8 (who are hosting the premiere) gives a quick talk, introduces Shawn Levy, who talks briefly about the movie and introduces Hugh Jackman to the stage for a quick chat, before the film starts. 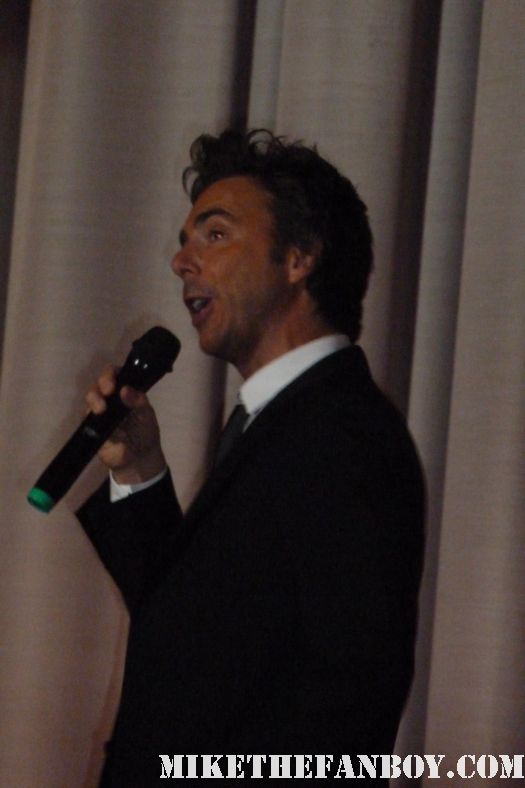 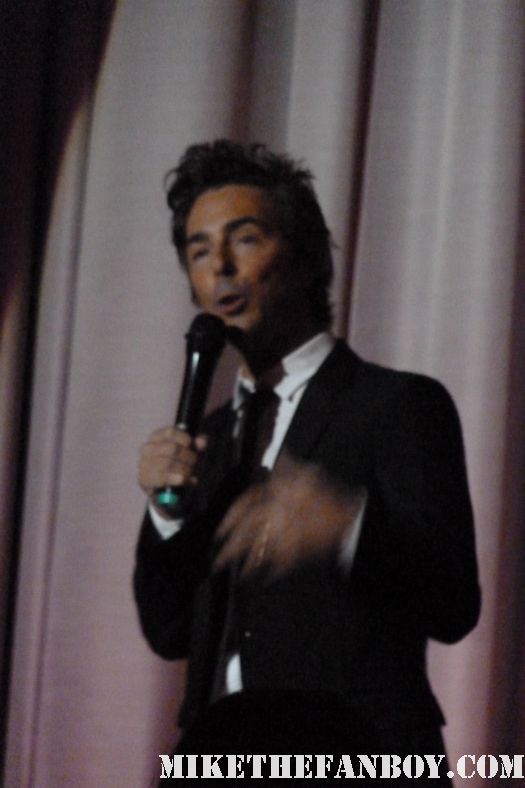 I get to watch ‘Real Steel’ with Hugh Jackman! 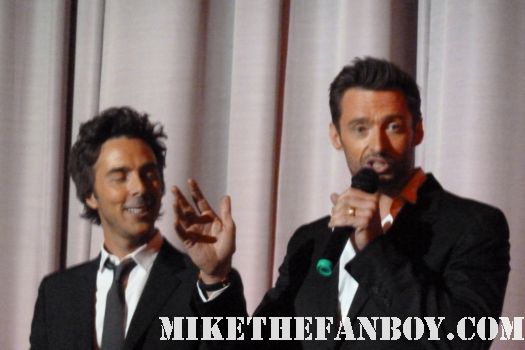 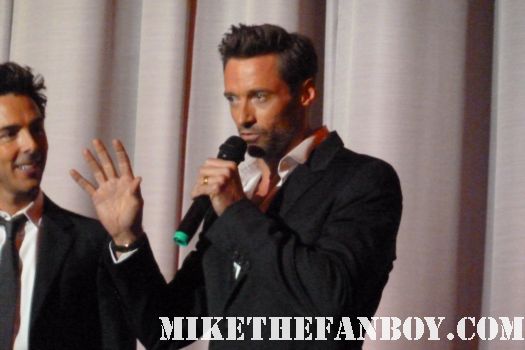 The film itself is really awesome – yes, there are fighting robots, but there’s great balance between the robots and the human aspect; imperfect characters and … well, I won’t spoil it – I recommend that everyone sees it! 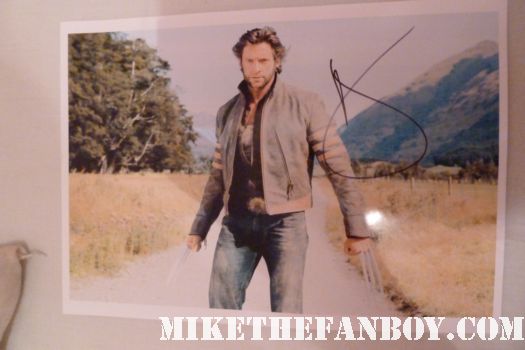