Scott Z. Burn’s politically picturesque “The Report” represents and reveals one of the most devastating times of our modern era. This star-studded ensemble is headlined by Adam Driver and Annette Bening with two of the year’s best performances.

The United States changed dramatically after 9/11 and most of our actions since then have not been fully investigated. In 2009, the Senate Intelligence Committee voted to investigate the CIA’s Detention and Interrogation Program with an overwhelming 14-1 vote when senate staffer Daniel Jones was assigned to the task. During the course of five years, Daniel Jones compiled a report based on 6.3 million CIA documents discovering devastating truths and immoral actions misrepresented to our nation. 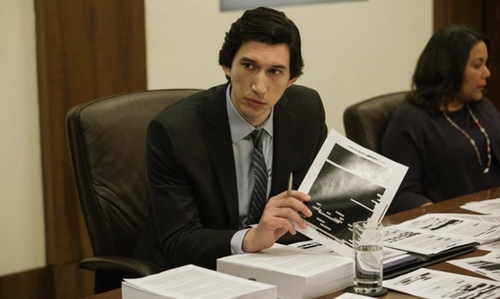 “The Report” follows Daniel Jones’ pursuit of the truth and adherence about torture procedures, but the insurmountable oversight required persists as a stifling struggle to overcome. The constant chronicling of the CIA’s actions contradicts what’s publicly claimed and begs the question, why can’t the truth come out?

The brutal, baffling torture techniques implemented by the CIA were immoral and ineffective, yet why were WE naïve? Scott Z. Burn’s brilliant and fantastic film “The Report” attempts answering those questions following Daniel Jones’ journey discovering the truth with his investigation. Unlike most political films about the Iraq War such as “Fahrenheit 9/11,” “Green Zone” and “Vice,” Burns navigates the subject matter without leaning politically too much and creates a more balanced bipartisan, profound political drama. Regardless of political conviction, this unbelievable script comes to life because of Adam Driver and Annette Bening taking it to another level. 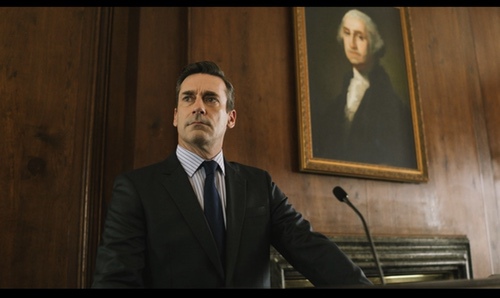 Outside of the “Star Wars” franchise, Driver delivers once again with another astonishing performance following up “Logan Lucky,” “The Man Who Killed Don Quixote,” “The Dead Don’t Die” and his Academy Award nominated performance in “BlacKkKlansman.” Considering his latest collaboration with Noah Baumbach “Marriage Story” arriving around the same time, don’t be surprised if you’re enthralled with two terrific and spellbinding performances. These two stellar roles certainly solidify Driver’s rank as one of the most underrated, underutilized and unconventional leading men. 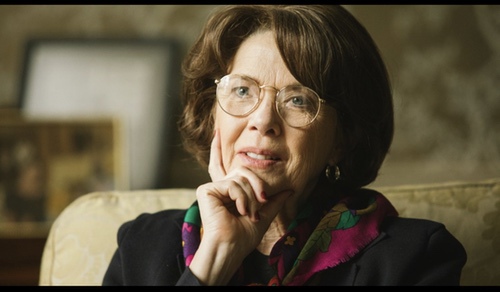 On the flipside, Annette Benning’s immersive and intelligent performance as Dianne Feinstein completely captivates you proving once again she is one of the best actresses around. After a while you completely forget its Bening and believe 100% she is Feinstein. The way Bening brilliantly portrays her struggle searching for the truth while remaining nonpartisan is nothing short of breathtaking. This is only further exemplified by the exceptional ensemble with Jon Hamm, Ted Levine, Michael C. Hall, Maura Tierney, Corey Stoll, Matthew Rhys and Tim Blake Nelson giving great performances as well. Bening beautifully brings it all together and definitely deserves her long overdue Oscar. 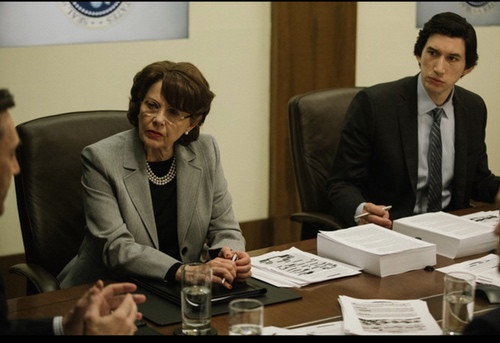 Comparisons to “All the President’s Men” and “Spotlight” seem obvious, but at the same time the film has no problem pulling punches and mocking the narrative saying torture methods didn’t lead to Osama Bin Laden’s capture. The naïve narrative, nay bullshit, becomes more apparent with Daniel Jones’ investigation and the misinformation we’re constantly struggling to overcome as the general public. Like a 7-layer dip, how many layers are you satisfied with until you “get to the bottom”? 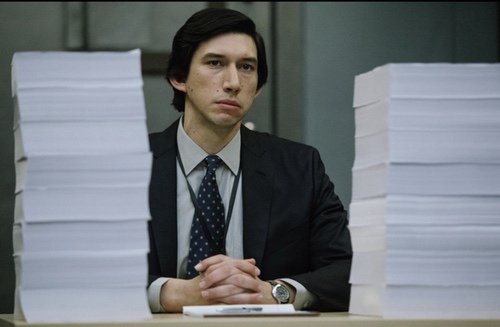 Scott Z. Burns exceeds expectations with an unbelievably, unique and gripping great drama. Considering it’s been over a decade since his directorial debut, the timing couldn’t have been better planned considering today’s political climate. “The Report” requires minimal knowledge to properly enjoy, but boy does it take your breath away. The movie is an unbelievable, thought-provoking and gritty depiction about our torture methods after 9/11. This tremendous effort exhibits several strong and squeamish situations leaving most audience members uneasy. Burns certainly criticizes the CIA for manipulating pop culture and our perception with entertainment glorifying torture such as “24” and “Zero Dark Thirty” coming immediately to mind (and referenced). However, this entertaining film certainly creates an educational film you can’t believe this actually happened. 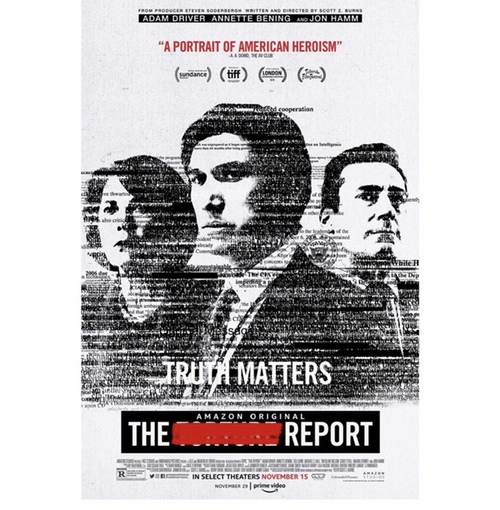 “The Report” will go down as one of the best dramas of the year and certainly deserves awards attention all around. I can’t recall the last time I watched a movie and felt so educated and entertained at the same time. Grab your glasses and take some notes because this is one report you don’t want to miss.