It’s no secret that I read Romance novels and am not ashamed of it. However, there does seem to be quite a bit of negative connotation attached to the genre. I think anyone who reads Romance has had that moment of standing in a bookstore, browsing the Romance section, and feeling the judgement coming from the other shoppers and booksellers. Or, how about those times people ask you what books you like to read and a friend cries out “Oh, she likes smut.” The message being that reading books that contain elements of love, and yes more often than not sex, is a shameful thing, yet no one bats an eye at Mystery books, which tend to contain murder and brutality. So murder is respectable but sex isn’t?

There is something seriously wrong with this picture.

Don’t get me wrong, I love mystery books as well, but why doesn’t anyone give me grief over reading those?

Enter sisters, Bea and Leah Koch, who want to change all that. They have started a Kickstarter to open a brick and mortar bookstore in Los Angeles dedicated entirely to the Romance genre. You read that right! The sisters are using Kickstarter to crowdfund an all Romance bookstore titled…*drum roll please*… The Ripped Bodice! Along with the slogan: Purveyors of Fine Smut. 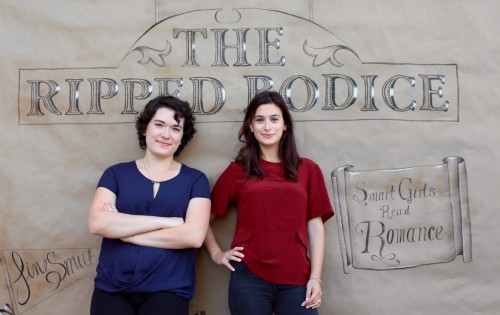 With only 2 weeks left to go, they’re 2/3 of the way to meeting their $90,000 goal. According to the Kickstarter page, the money will go to securing a physical space, procuring books, buying furniture, and hosting events such as: author singings, lectures, book groups and a romance-of-the-month club, just to name a few. According to their campaign, they want to give Romance enthusiasts a place to gather and buy the books they love, free from the negative connotations attached to the genre.

A bestselling genre that generated over a billion dollars last year. 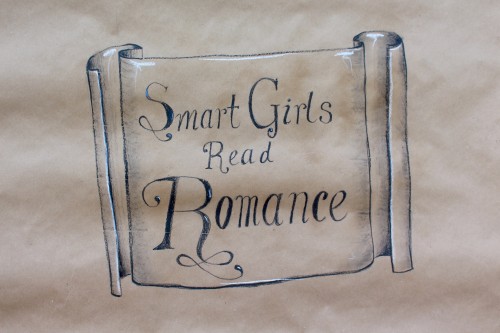 After visiting their campaign page I obviously wanted to know more, so sent some questions along that Bea and Leah were gracious enough to answer:

How long have you been considering opening a store and why did you decide to crowdfund it? We started seriously talking about opening a bookstore about a year ago. Crowdfunding was a part of the conversation from the very beginning for two reasons. The first is purely practical. As young women, we are automatically at a disadvantage when trying to acquire initial funding.

We didn’t want to have to convince a bank or investors that our ideas were “worthy.” We love the Kickstarter model because it allows young entrepreneurs to pitch themselves without having to go through any kind of gatekeeper.

The second reason was the romance community itself. We wanted to give readers and writers the opportunity to be involved from the very beginning and they have responded with great enthusiasm.

In this age of digital readers, what inspired you to want to open a brick and mortar store dedicated specifically to the Romance genre vs. online only? We love bookstores and all the unique things you can find there, from personal recommendations to author signings and other events. The possibility for a community gathering space is really what convinced us to open a brick and mortar store.

How will you determine what qualifies a book to be carried in your store?  What “romance” elements are you looking for? Broadly, we’re going to use the RWAs romance definition, which calls for two essential elements – a central love story and a happy ending. We’re also planning on having a “romance adjacent” section for stories that have strong romantic elements, but perhaps wouldn’t traditionally be considered a romance.

“Bodice Ripper” and “Smut” can carry negative connotations to some Romance enthusiasts, are you hoping to change those stereotypes and in what way? That’s exactly what we’re hoping to do! Our name is an attempt to re-appropriate some of the negative terms associated with romance and embrace every aspect of the genre.

How do you hope to entice non-Romance readers into visiting the store? Personally, we view everyone as a potential romance reader who just hasn’t cracked open the right book. But we also plan on hosting events that will appeal to a broader audience, like screenings of movies like The Notebook and Pride and Prejudice.

There seems to be a fairly fast turn around from the date of funding to the opening of the physical store, does this mean you already have some locations in mind? We do indeed! We’ve been scouting locations in the Culver City neighborhood of Los Angeles since August and we are getting very close to signing on an amazing location! We’ve also been working on our business plan and other behind the scenes stuff for over a year now, so we’re excited to jump into opening the store the minute our campaign is finished.

Your Kickstarter has a list of some of the events you’re hoping to host at the store, are there any you’re especially excited to see happen? We’re really excited to bring the world of romance to life. There are so many unifying things that romancelandia loves, and we want to celebrate as many of those as we can in the store. So we’re excited for TV and movie screenings that will bring in other fandoms.

Also, we’ve had some incredibly generous authors who have been so supportive and we can’t wait to host them in the store!

Is there a sub-genre you’re particularly excited about featuring? We are particularly partial to young and new adult these days. We love seeing authors engaging younger readers with protagonists their own age. We are also deeply committed to highlighting diversity in both authors and characters. 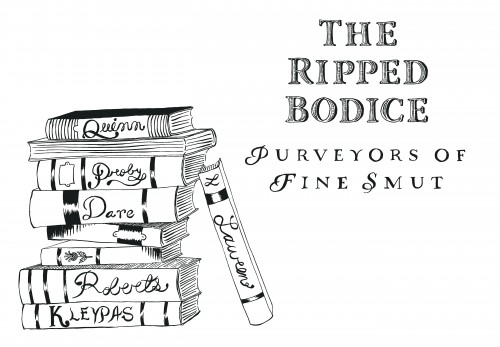 The Ripped Bodice Kickstarter has 14 days left as of this posting, so you still have time to contribute and there are some fun rewards including: downloadable wallpapers for your computer, totes with the stores logo, tanks, sweatshirts, ball caps, handmade quilts and even the chance to sponsor a shelf in the store. 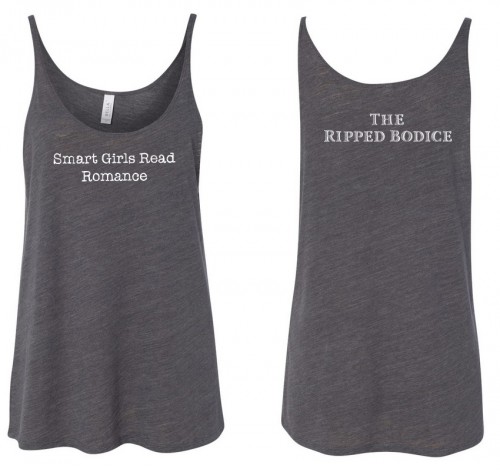 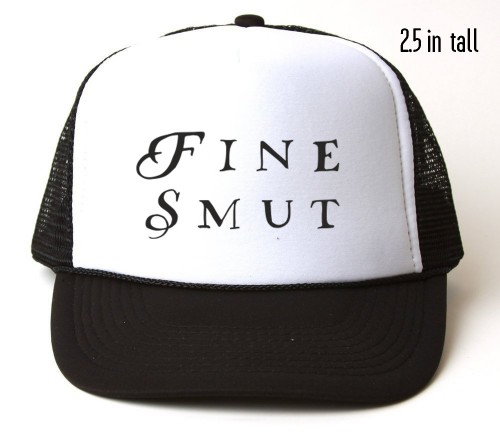 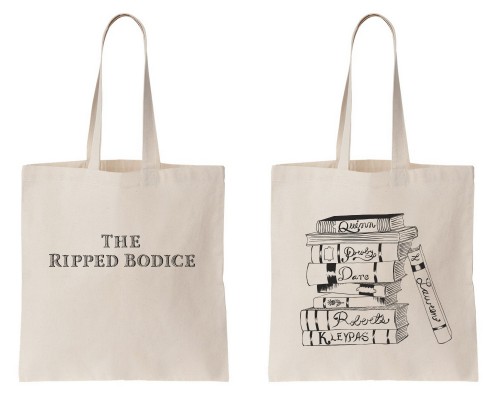 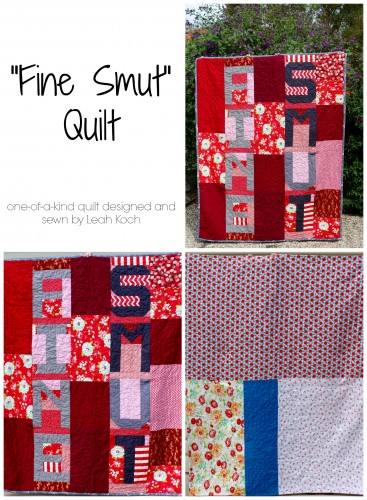