I’m not a huge fan of reboots, however, I’m actually kind of excited about Robocop. I loved the original, and it just holds a special place in my heart. When I heard of the reboot, I was kind of like… Well… It might not be that bad of a title for the reboot treatment.

So, when the premiere was here in LA… Why not check it out…. But Lord… I got a call from Ace predicting doom and gloom which is pretty usual for him. “Oh, it’ll be terrible! Horrible… Dick Van Patton won’t be there, so why should I go?” Still I pressed on and headed down. 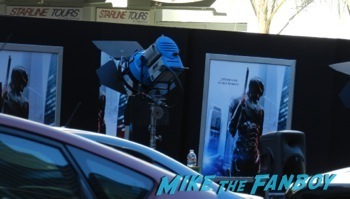 I saw MTF reader Paul and a bunch of other people, and finally settled in. Honestly, there are not that many people here, so even though I didn’t get here at the crack of dawn it’s all still okay.

The Other Mike was here, MTF reader Joe… You know… It was a decent group.

The carpet was pretty cool and there was even a Robocop suit on display. 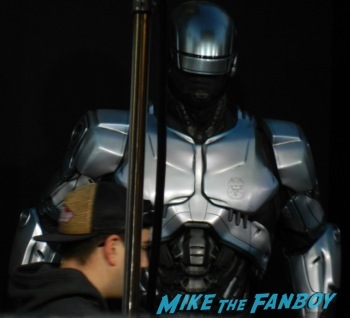 The crowd was light for most of the premiere, and usually that doesn’t bode well… 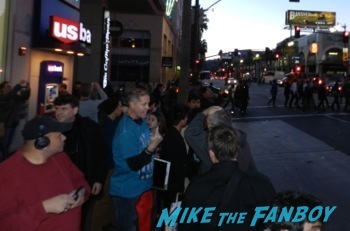 The first couple drops where nadda and then Jackie Earle Haley arrived. Everyone yelled for him and he whips across the street. Sadly, he stayed in the same spot and barely covered any ground… Harrumph. 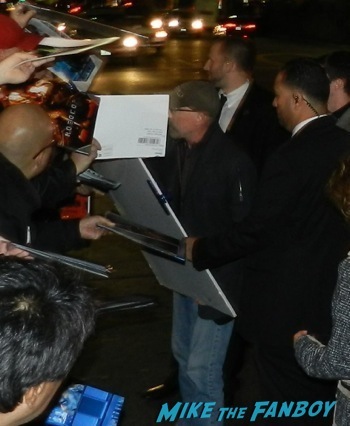 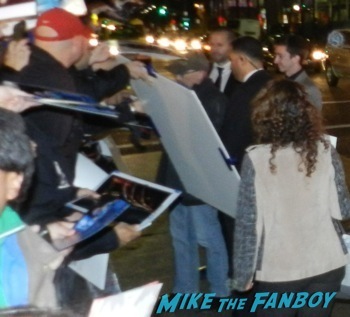 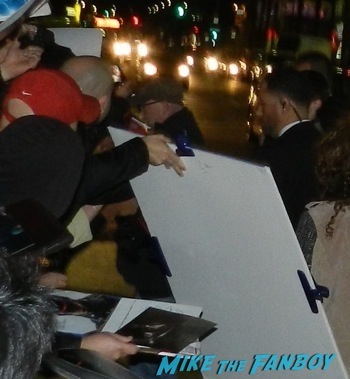 Dammit! My Dark Shadows post is never getting done! LOL

And then… We wait… Like Sands in the hourglass the time is drifting by. Joe is shorting through is stacks of 8×10 photos as people arrive and don’t come over.

Abbie Cornish? Nope, not a wave!

Olivia Munn who is just a guess… Runs across the street! And is hyper nice! Signing literally as much as she can. NICE! I don’t have anything for her, but God bless. 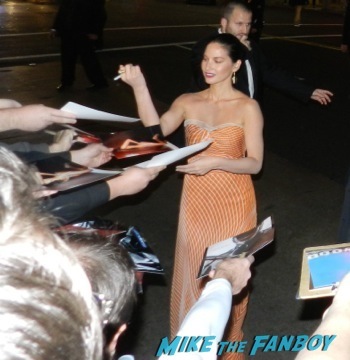 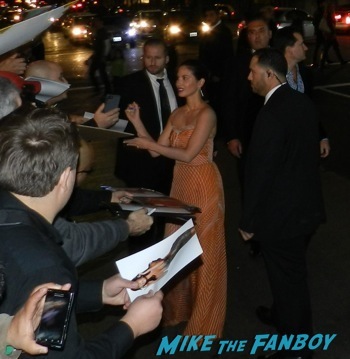 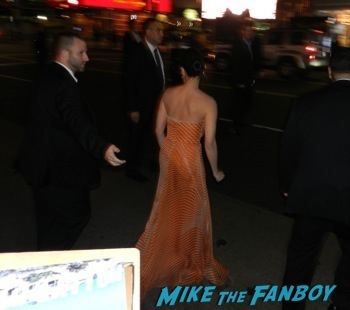 and still no sign of Robocop himself, Joel Kinnaman!

Oh… Oh… Jay Baruchel is running over. It’s really nice of him but he’s so rushed, it’s like security is afraid that cars are going to plow him over at any second. I didn’t really have anything for him, so… It was nice of him to come over once he was finished with the carpet. I applaud him for that. 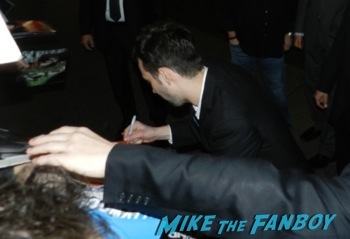 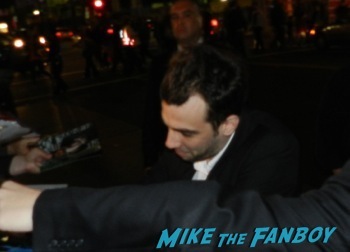 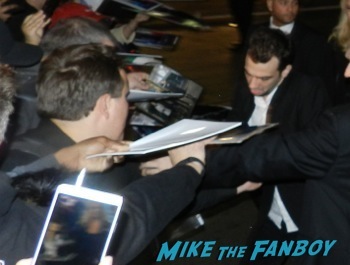 Finally, Joel Kinnaman is here. He went right on the carpet. Doh!

And I’m calling this night. Seriously. 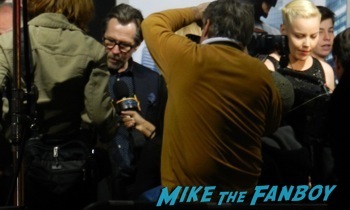 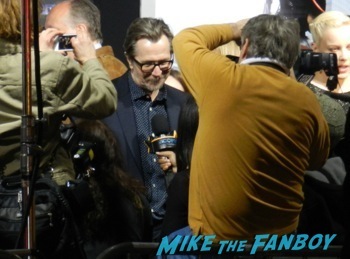 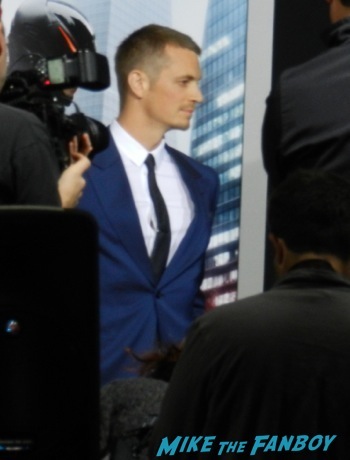 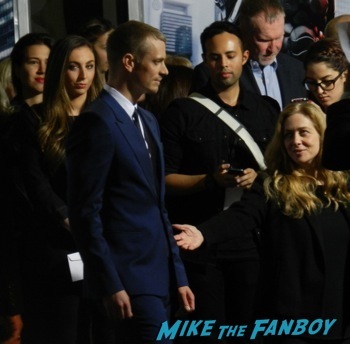 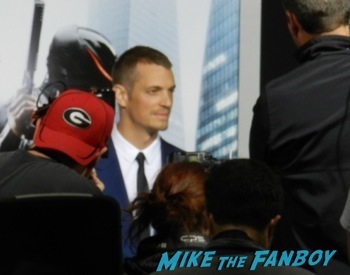 After the carpet Michael Keaton, who was the only reason I showed up, darted across the street and refused to sign anything saying, “I’m not signing anything today!” Okay…

I headed home but heard that Joel Kinnaman, did come over and sign for people.

The Robocop premiere, turned into the Roboflop premiere!