There are so many quotable lines in The Rocky Horror Picture Show, it would be impossible to list them all. The film has become a staple on the midnight movie circuit and the songs are quintessential listening at Halloween parties everywhere. Chances are you’ve experienced at least a little of Rocky Horror in your life, and if you haven’t there’s a brand new version of the film out now on Blu-ray to get you started. 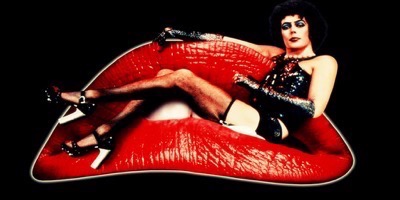 The Rocky Horror Picture Show 40th Anniversary Edition is jam packed with features, but the real gem is the film itself. Presented here with two different versions the US and the UK edition.

Brand (Barry Bostwick) and Janet (Susan Sarandon) are your everyday couple. A little stuck in the 1950’s and behind the times, they are at their best friend’s wedding, when Brad decides it’s time to pop the question to Janet. They are in love and when they find themselves driving on a deserted road in the middle of a rainstorm, they are in a quandary as their car breaks down. Do they wait out the storm or head to the large castle they passed a little while back. 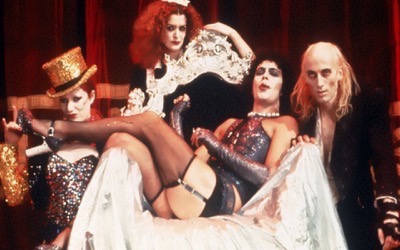 Brad and Janet do head to the house and are greeted ominously by Riff-Raff (Richard O’Brien) and Magenta (Patricia Quinn). This is where we realize that “Time is fleeting” when they and the Transylvanians from Transexual Transylvania do the Time Warp again…

And after the time Warp, comes a bit of a Sweet Transvestite in the form of Dr. Frank-N-Furter. The good Dr. is in the process of making a “man” hence the Rocky in Rocky Horror Picture Show. Brad and Janet get mixed up in all the mess including cannibalism, cross dressing, a variety of sexual acts, and over the top musical sequences.

If you love and are part of the cult of Rocky Horror you don’t need me to tell you how fun the film is. Tim Curry gives one of most iconic and celebrated performances ever put to film. He’s a force to be reckoned with and unlike anything seen before or since. The supporting actors are perfectly cast, seeing Susan Sarandon singing “Touch-a, Touch-a, Touch Me” is such a kick it will never get old. The film is a classic and a timeless one at that. 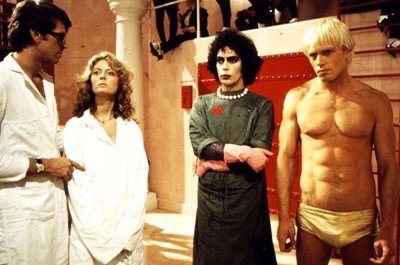 The new 40th Anniversary Edition arrives on Blu-ray in a fine transfer. The film has a retro grain to it, but that’s part of it’s charm. The high definition transfer shows the fine details in the close ups and the colors pop especially in the musical sequences.

This edition is packed with bonus features. Most of them have been repurposed from earlier editions, but for those of you who didn’t pick up any of the other re-releases they are a nice way to see them packaged.

As previously mentioned this set includes the US and the UK editions of the film, and you can play the film in full color of with the black and white intro. I prefer the full color version but that’s just me.

Other special features include, Rocky-oke, AKA Karaoke, There’s a fun commentary track with Richard O’Brien and Patricia Quinn, a very lengthy documentary detailing the 35th anniversary shadow cast, which while fun to watch would have been great to see the full performed version included. Mike Rock, which is a photo gallery and and a poster gallery. 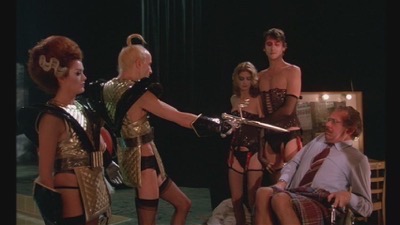 There are two deleted musical sequences, Once in a While and Super Heroes, short outtakes, The alternate credits and more.

Chances are you’ve previously bought an edition of The Rocky Horror Picture Show (or two) and if that’s the case you probably have a lot of the bonus features included here. But if you missed the 35th anniversary set, this is a great purchase. No matter what, you can’t go wrong with Rocky Horror. It’s a cinematic staple and perfect for Shock-Tober! 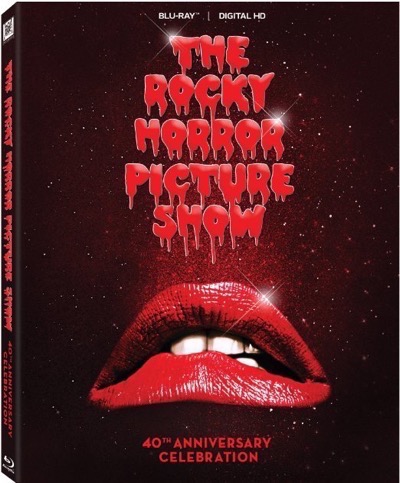 The Rocky Horror Picture Show 40th Anniversary Edition is out now on Blu-ray!