This stuff almost writes itself sometimes. MTF Reader, and contributor and all around awesome guy Paul headed down to The Rover premiere to try and meet Robert Pattinson. Now, we all know how awesome Robert is to his fans, and at the premiere there was no exception!

Check out Paul’s full recap below!

I arrived around 9:30am at the Rover premiere expecting a healthy amount of Robert Pattinson fans and I was right. There were about 80 people already camped out and some since 10pm the night before. All I can say is thank goodness for the Starbucks down the street! 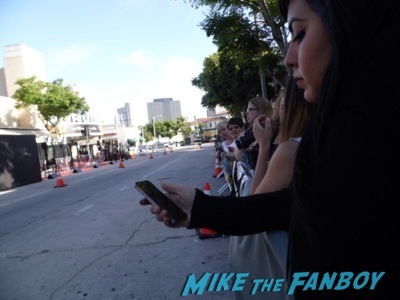 The crowd was pretty organized and even some fangirls were selling rpat buttons. 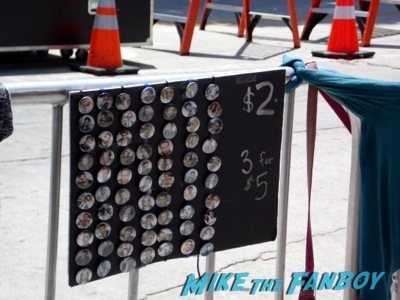 Time flew by quickly and I even got some clothes at the brand new american vintage store while waiting. The only weird thing was none of the mtf crew was around. I guess being sunburned for the letter R isn’t good enough! Some of the regulars start showing up around 6.

Frankie, Mickey mouse Chris and pap Nicole arrive and things still haven’t started. Finally, it’s 7pm the premiere starts and nobody I recognize is coming until 7:30 hits when guy Pearce arrives and ignores the fans boo!!!!

Shortly after my ears start to bleed from the screams for Edward Cullen himself Robert Pattinson! He has security, well, extra security, since his stalker was just apprehended an hour before. At the premiere he starts signing right away and taking photos. 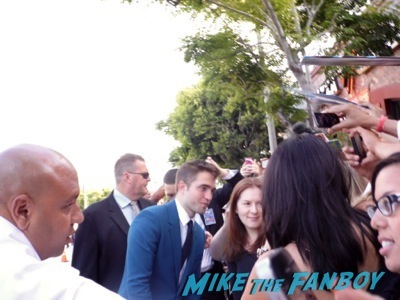 Next thing you know he is right in front of me signing my eclipse figure and I ask him repeatedly for a photo! after the 6 time he obliged and the curse of Billy Beer strikes again! 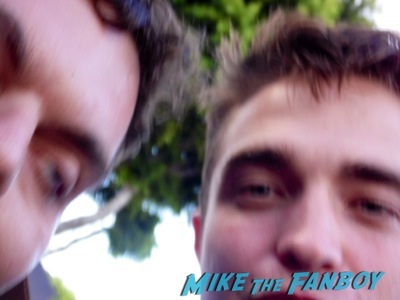 but I did manage to get some decent shots of him signing his deadly R! Next is Peter Facinelli! He’s so great and he comes over and signs a few including my figure DECENT!!! That’s when I realize I got work in the morning and call it a night!