Billy headed down to San Diego for the annual film festival. Now there were a few fun names on the list, like Geena Davis, John Boyega, Adrien Brody and Brit Marling. Billy headed down with Chris and was super excited. He was so excited, he didn’t sleep the night before. It was that crazy for him.

check out his recap below!

Welcome back to Billy Beer’s Barstool. Today we are off to the San Diego Film Festival for the first time to see if we can have any luck with the honored celebrities. In attendance today are Geena Davis, Adrien Brody, John Boyega and Brit Marling. I’ve never even seen everyone except Adrien Brody, so I wasn’t sure what to expect. Everyone was saying Geena is hard cause she’s never out, John does one each, Brit is super nice and Adrien is difficult, but does do it once in a while. I’m thinking being a bit low key, this might go better than expectations (granted, I only brought 5 pictures for 4 people).

When I get there, Chris was nice enough to save me a spot……in his car. There was nobody there yet I guess, so he decided to spend a lot of time getting his pictures ready. After waiting for him and finally walking over. 5 or 6 people had already taken a spot in the front right next to the drop-off. We’re both still able to squeeze our way in the front. As time goes by, a few more collectors show up to the red velvet rope that is supposed to hold people back from the other red velvet rope where the actors walk through.

It’s finally time for the first drop. There’s now maybe 20 people there. It’s Brit. A couple of people have things for her to sign. I printed an 8×10 cause I’ve never gotten her. Honestly, I’m not sure of many of the things she’s been in, but she gladly signs. 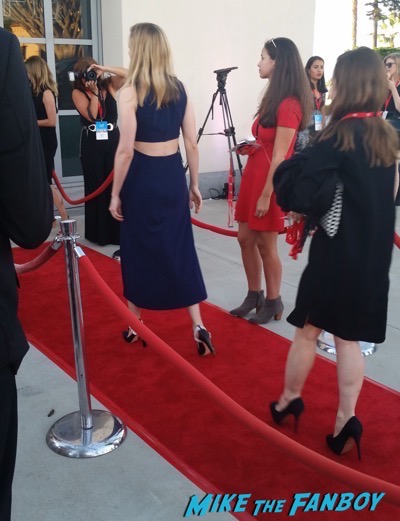 Next to arrive was John. Now things go ape shit crazy. Everyone and their mother has Star Wars thing for him to sign. He hesitates, then starts signing away. If you were in front of him, you probably got 3 or 4. I was a little to the side and only had one thing which he got for me. Then fucking crazy people decided to go under the rope so they could get photo-ops. Are you kidding me!!! I think I actually said that out loud too. That was pretty much ended the signing. 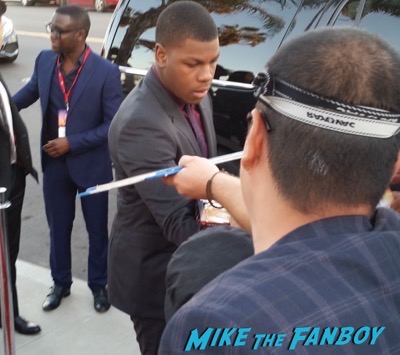 Adrien is the next to arrive. At first it didn’t look like he was going to do it, but he finally picked up a pen. Problem was, if your picture was on any kind of board, he wasn’t signing it. He signed a total of 3 things, 2 magazine fliers for the film festival and a picture that was being held as if they were trying to palm a basketball. Finally he rushes past the line. 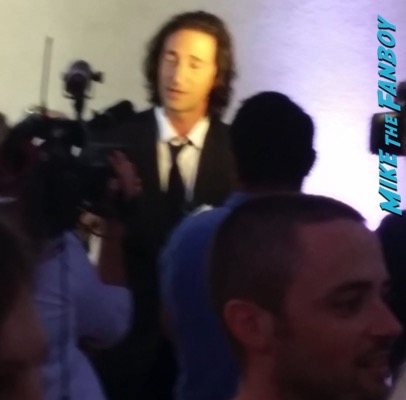 Then we wait,’
and wait,
and wait,
..
..
..
Finally, Geena shows up late as can be. Well you can guess where this is going. She acts like she’s being dragged to the carpet when in fact her greeter is 10 steps behind her. We call for her while she’s on the carpet, and finally when she’s going into the theatre, she tell’s her greeter she’ll sign baseballs inside. So of course I don’t have a baseball and three people did. 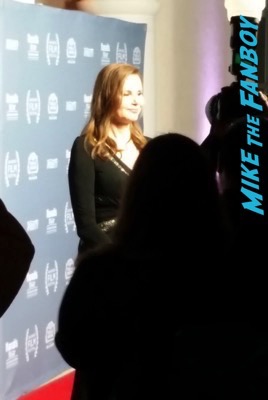 I decide to stick around for exits. While we’re waiting, Chris and I grab a bite to eat. When we get back, Chris comes up with some master plan to get John to sign again that I think he learned while watching Oceans 11 & 12.

Brit is the first to leave. A couple of people get a picture and the she’s off. There’s now probably around 10 of us.

Now we sit and wait, ready to execute this master plan of somebody running up to John and asking him for a photo-op so he’ll stop, while the rest of us make a single file line and ask him to sign one each. This plan is fool proof! There is no way he can say No! Everyone is going home with another John Boyega! BEST PLAN EVER CHRIS!!!

or wait, he left while we were eating.

Geena is next to leave. Forget this line thing, we need to get in front of her. We’re not being aggressive, but there are pictures and pens in the way of her and her car. Finally she grabs one and starts signing. She didn’t do many, but I was able to get one. then she rushed back into her car where she said she would sign more baseball. (note to self, bring baseballs!)

Now we waited for Adrien. Chris and I figured out they were sneaking him out behind us. We run over only to be told “he’s got a schedule”

All in all, I was happy to get Geena despite the effort it took, John was super cool, and can’t wait to see Star Wars, and if Brit Marling is in anything I watch in the future, I will be happy I have an autograph. Till next time, it’s happy hour somewhere. 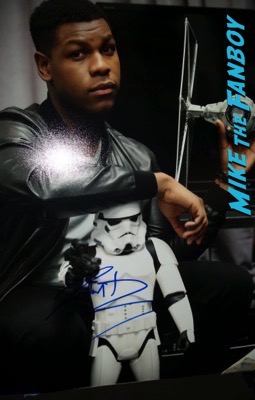 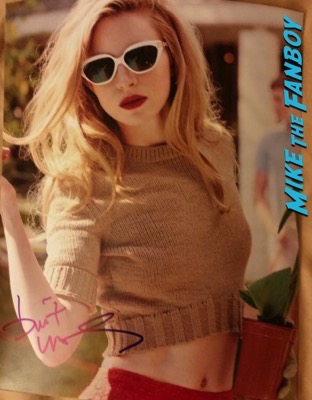 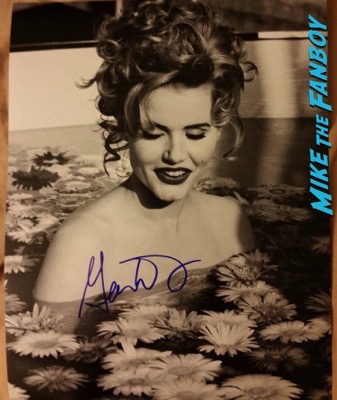