Can you feel it? It’s the TV Heartbeat!

The Lovely Erica started off her new column last week with a fun survey and the results are in. Perhaps me filling out the survey for Once Upon A Time Wonderland didn’t do the trick. LOL…

Erica has the scoop on the returning shows, new shows you should be watching and more!

As TV Heartbeat settles into its regular time slot (Wednesdays!), we have a lot to cover since the fall TV season is about to start and we have the scoop on what’s worth watching!

What’s happening now? Since we’re on the cusp of the new stuff for the networks, cable has some interesting new content. One worthy show is The Newsroom (HBO). After a riveting first season, it’s taken a while for this show to fire on all cylinders again. This second season has been more of a soap opera will lots of sullen looks/pouting and a lot less Jeff Daniels and a look at how the team works together. Thankfully the last episode was up to snuff — hopefully that will carry through the last 3 episodes of this season.

Fall premieres begin dropping this week! Yeah for new programming! In the coming week, we have:

Check out www.getfxx.com to see if you have the new channel — while I seem to have this channel in my cable package, it’s still labeled as “FSOC” in the cable guide.

Sons of Anarchy is jumping on the discussion show bandwagon a la Talking Dead and Talking Bad. Anarchy Afterwards will be available on the FX website and will feature conversations with the cast and crew. 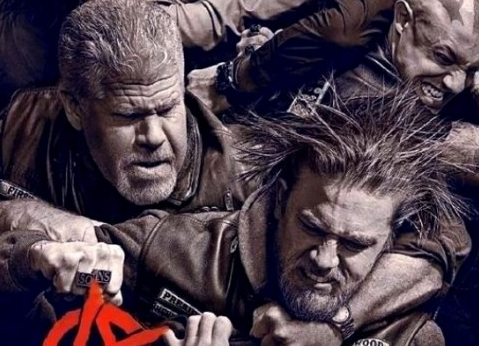 There will be three episodes which will air after the premiere, mid-season and finale.

What do WE want to watch? Well, the results are in! According to Mike the Fanboy readers, these are the most exciting new fall network shows of the season!

Only time will tell if these shows measure up to their promise! (Fingers crossed!)

If you’re still not sure what to watch this fall, here are a few shows that sound the most interesting (keep in mind that this is mostly based on pedigree (cast and crew) and premise – those go a long way towards making great TV, but they don’t guarantee it!):

Marvel’s Agents of S.H.I.E.L.D. (ABC on Tuesdays at 8/7 C) – Joss Whedon back on TV and building on the Marvel universe? Enough said!

Sleepy Hollow (Fox on Mondays at 9/8 C) –With Len Wiseman (Underworld, Live Free or Die Hard and Hawaii Five-O) guiding the show, it promises to be interesting. Let’s see if a modern-day take on the Halloween staple enough to sustain 20+ episodes a year.

Almost Human (Fox on Monday at 8/7 C) – Staring Karl Urban and Michael Ealy, the dystopian future is now invading our TVs and not just the movies. This looks like a buddy-cop-story crossed with Robocop.

The Crazy Ones (CBS on Thursdays at 9/8 C) – This sitcom stars Robin Williams and Sarah Michelle Gellar as a father/daughter duo running an ad agency. A funny Mad Men with plenty of potential for some great Robin Williams moments. Let’s hope this show fares better than SMG’s last show, Ringer…

The Michael J. Fox Show (NBC on 9/8 C) – With this guy’s track record, we know we’re getting some quality laughs.

Dracula (NBC on Fridays 10/9 C) – If you haven’t noticed yet, many members of the Fanboy family are pretty vampire obsessed. A TV series focused on the original vampire himself (not to be confused The Originals which is also about vampires!), could be promising (though the critics don’t seem to agree).

Other shows are getting some buzz from the critics – these people have seen a few episodes of each series already and here’s what they have to add to our list:

The Blacklist (NBC on Mondays 10/9 C) – One of the FBI’s most wanted criminals collaborates with a new FBI rookie to help find a terrorist. This stars James Spader who will also have a role in that low budget, up and coming little film, Avengers: Age of Ultron.

Mom (CBS on Mondays 9:30/8:30 C) – Anna Faris is a recently sober mom who moves back in with her mother, Allison Janney.

Trophy Wife (ABC on Tuesdays 9:30/8:30 C) – Malin Ackerman stars as Bradley Whitford’s third wife. Wackiness ensues as they try to get along with his other 2 ex-wives. Already I hear that some folks regret the name since the show is actually a page out of the Modern Family book. Let’s hope this doesn’t go the way of that other awkwardly named ABC TV show where the title didn’t really describe the title character (yes, I’m talking to you, Cougar Town!)

OK, lots of new shows to check out this fall!

As the season starts up, we’ll check in on the health the shows and see which of your favorites are safe and which might be under the dreaded cancellation chopping block (insert dramatic music).

Note: I don’t plan on having surveys each week, but there are SO many shows out there, we can’t cover them all. But if the Fanboy readers speak and say “we want more coverage on The Man with the 132 lbs Scrotum” then that’s what we’ll do…(gulp!)

Any other returning shows that should get a mention? Comment below or email me at Erica@MikeTheFanboy.com