Home / Fanboying! • Stars of the 1980's and 1990's / The Second Time’s a Charm! Meeting National Lampoon’s Vacation Star The Sexy Christie Brinkley After A Performance Of Chicago At The Pantages Theater!

I, generally speaking, hate going out for the same person twice. However, after the Christie Brinkley failure a week ago, I got so many comments and emails about people who met her and how nice she was. Well, since my mom was in town I really couldn’t make the trip over so I waited until the last night of the play.

For those of you who do not know, Christie Brinkley was doing a limited run of the musical Chicago at the Pantages theater in Hollywood. The Pantages is notoriously difficult and the night I went was a disaster.

I’m not too jazzed about going out tonight since I’ll be leaving a furry friend behind. 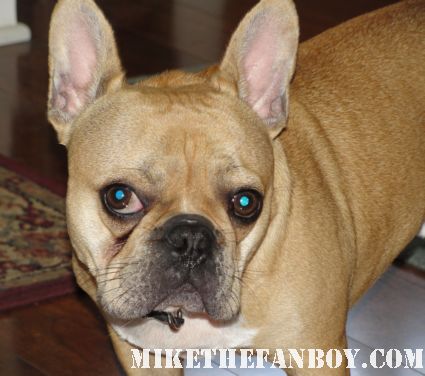 Needless to say, he’s not very happy… lol… and yes Theo is visiting for the next few days!

So, on with try two… 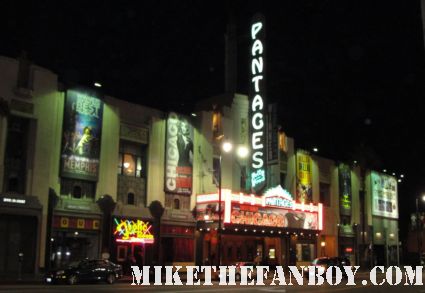 8:34 p.m. – Sights taken in. Hollywood needs a bath. I mean it literally needs a good scrub and soak because it’s so nasty. Blech. But God bless it.

8:43 p.m. – There are some people leaving already so I’m expecting that the show will end soon. It’s a Sunday so it’s a earlier performance.

9:15 p.m. – I head to the back and see a few other collectors. The odd thing is that usually there’s a barricade set up by the car. Tonight there isn’t a barricade in fact there are a few people hanging out by the car but I think that they are friends of one of the cast members. 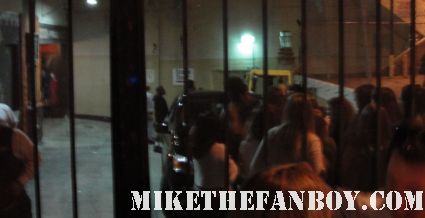 9:32 p.m. – It’s odd…. The cast is leaving and it seems like they are just going to throw Christie in the car and say to hell with us. There are about six dealers and about 7-8 fans. A lot of people have programs and playbills. 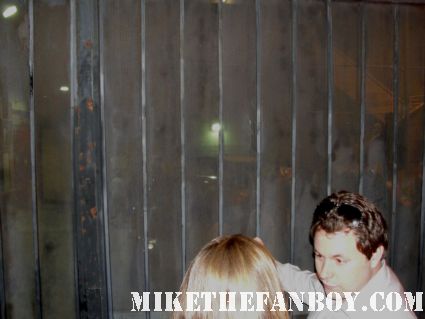 9:41 p.m. – Man, John O’Hurley just left and it looks like the rest of the cast has gone. Security has made us line up on both sides. It really looks bad. I can’t see her doing it. Man oh man.

9:53 p.m. – Something is happening… Oh, Christie is leaving. One of the girls waiting yells out Christie, would you mind signing. Christie says, “Sure just one second.” Security then scrambles. They line us up against the wall single file. One of the guards says, “We were not going to do this, but since she wants to do it we have to so…” I was like, Damn security calm down. Then he says, “Only one each, those of you with piles of stuff forget it.” Gosh… People calm down 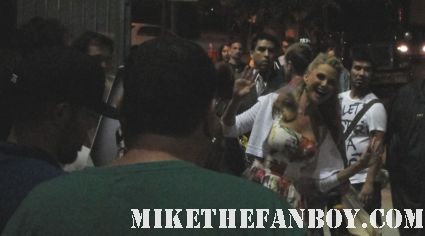 9:54 p.m. – Christie is coming on over and is happy to sign. I swear she is all smiles, and I’m getting a bit nervous. 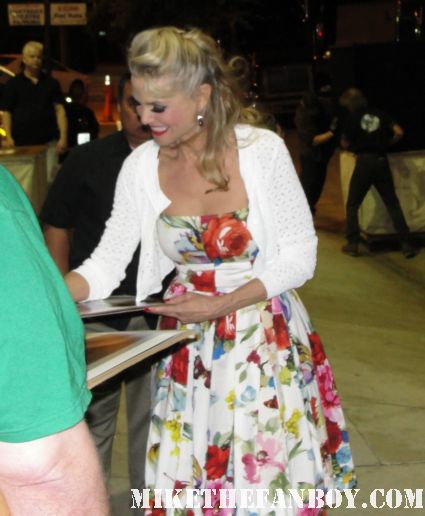 LOL… I don’t understand why I’m completely calm meeting someone like Leonardo DiCaprio but yet with Christie Brinkley I babble on and on. 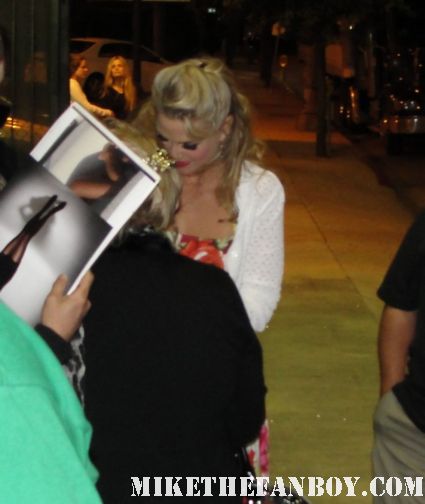 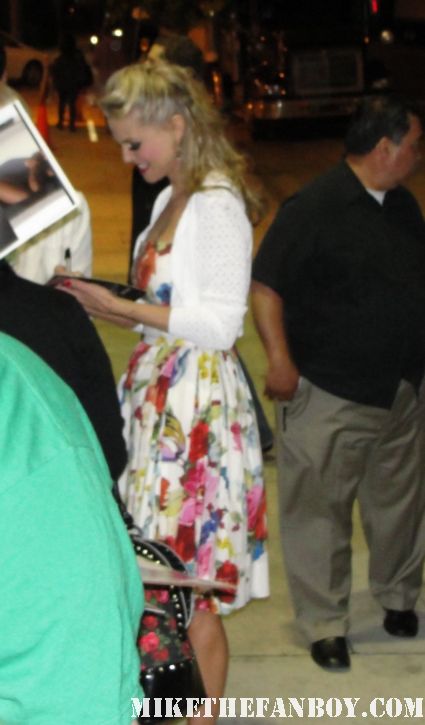 Lord… I asked the man in front of me if he would mind taking a photo for me if Christie is doing photos and honestly he’s kind of a jerk. I was like, really dude point the camera and shoot. What’s the deal? Ah well, you never know what’s going on with some people. 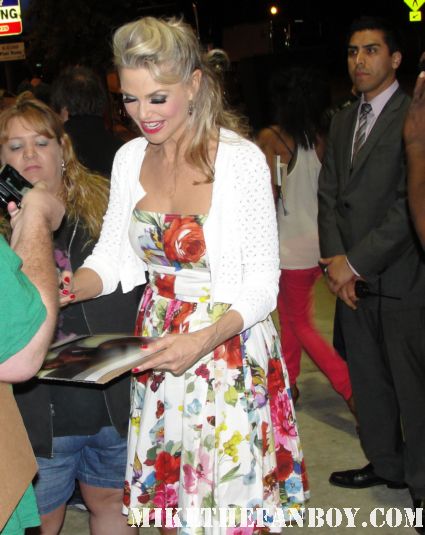 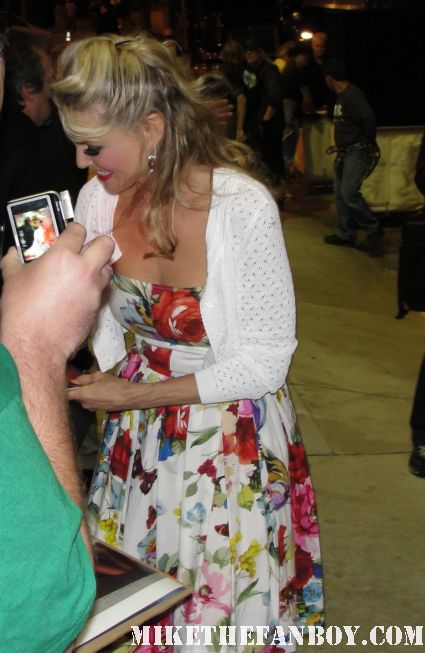 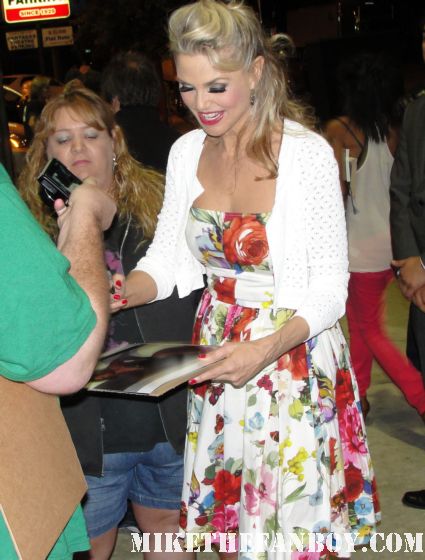 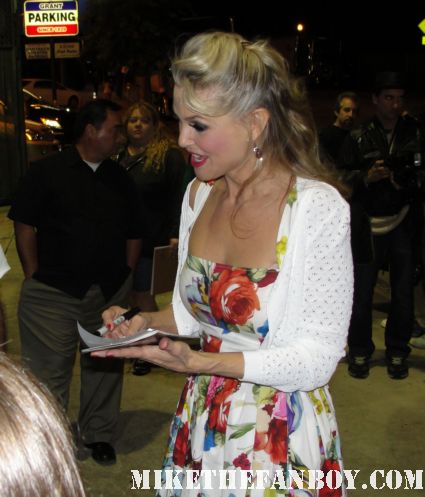 I’m nervous. Sigh… Only me. She is hyper sweet though and is happy to pose for a photo. the dude I asked to take it turned around and left. I was like, really dude. So I asked the security guard to take it for me. He says something about “pulling double duty” but still agrees to take the photo. 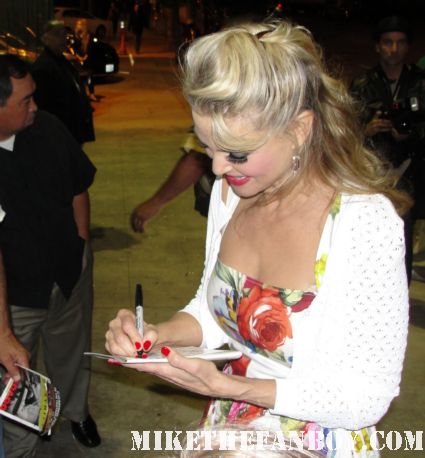 I thanked Christie a few times too many lol… And I was on my way as Christie continued to sign for the few fans that were left. 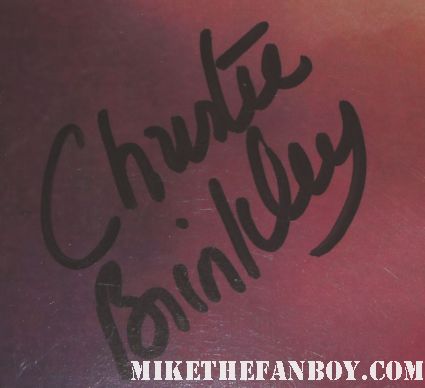 I have to tell you, I was really impressed at how nice Christie Brinkley was. 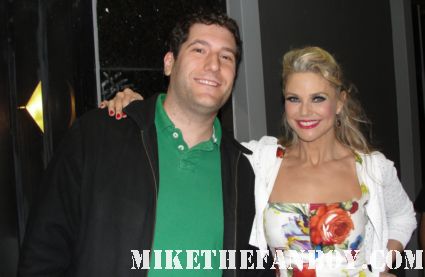 I expected to be writing another Fanboy Fail but instead I get to leave with my Vacation poster signed and a great memory to boot!

And Theo was only slightly mad at me. lol… 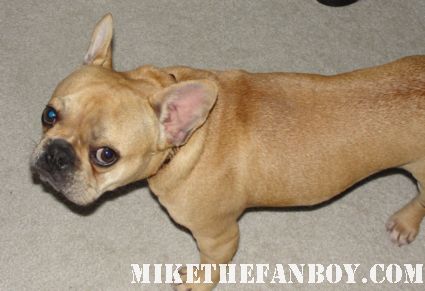 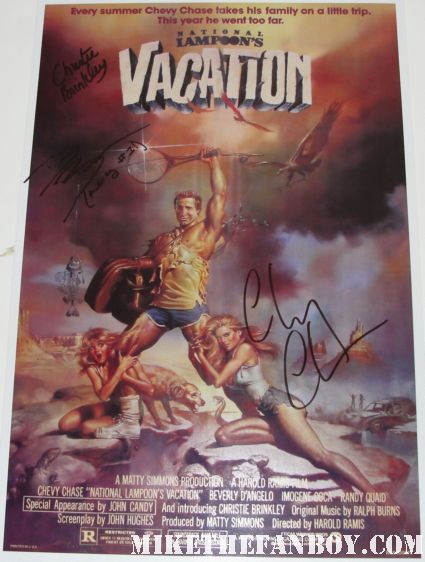