Home / Fanboying! • Q and A / The Secret Life of Marilyn Monroe Q And A! Meeting Susan Sarandon! Kelli Garner! And More!

How can you not love Susan Sarandon?

I mean she’s a film and television legend.

When I had the opportunity to attend and screening and q and a with the acting legend for the new mini series The Secret Life of Marilyn Monroe, I knew I had to go.

Suddenly Susan joined me and we headed down to the cold mean streets of Downton Los Angeles.

Thankfully, traffic wasn’t too horrible and we were given popcorn and drinks before the screening.

The q and a included Susan Sarandon, Kelli Garner, director Laurie Collyer, and the producers of the film as well. 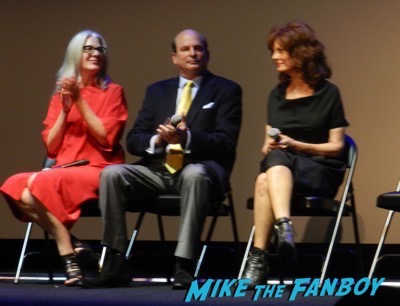 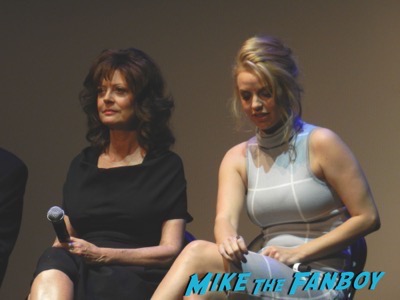 Kelli Garner was very animated during the panel and one could see how she could be cast as Marilyn.

“Would you believe that I went into an institution for two months or something?” Susan said with a laugh. “I didn’t, but I wish I could.” 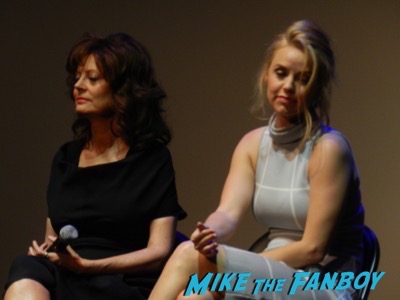 Susan went on to say, “The book gave me lots and lots of specifics, I know a lot of people who have schizophrenia in their families. I was lucky because no one knows her. So you’ll never know if I did a good job or not!” With a smile Susan said, “You just have to try and make things work. Making the scene work, and having a director that helps with that.”

“I had the fear of chewing up the scenery. As long as it worked I had the freedom.” 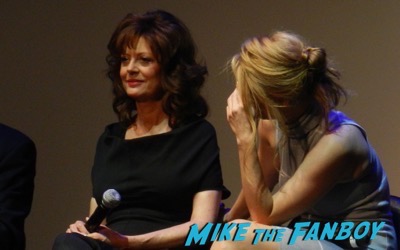 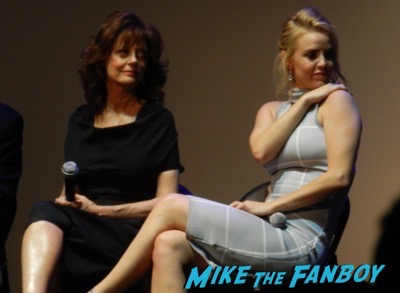 “We were trying to to agree with where the voices were and that sort of thing. We trade off.” Susan said, “She had a baby not too long before that. She learned to respect me for how difficult it was in her childhood for me to lug her everywhere. The baby has an adorable passport.” 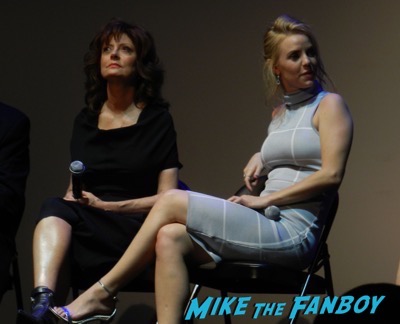 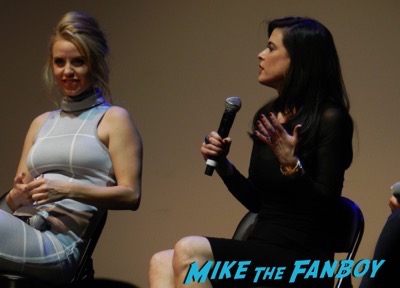 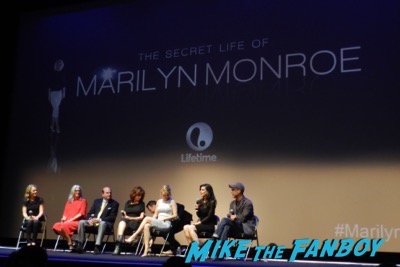 Kelli Garner who plays Marilyn, really worked hard during the film. Working with Susan Sarandon was a real treat.

“It was great working with Susan, she’s been one of my favorite actresses for a long time.” Kelli went on to say, “It took a while for us to connect, but I guess that was a good thing.”

“Susan gave me this wonderful thing and gave me what my character needed. Towards the end we got to snuggle! She wanted to spoon me!”

Susan, is an acting legend for sure.

“Do you want to survive in this business, know your angles!” Susan said to a round of applause, “It’s been 40-something years and you don’t get that without knowing your angles.”

After the panel both stars signed briefly for fans.

Susan Sarandon moved really fast, I got her on my Thelma and Louise mini poster and then she signed my Bull Durham mini poster as well. 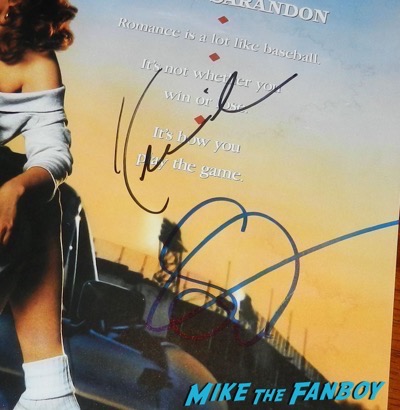 It was super fast and Susan sadly wasn’t able to get her. 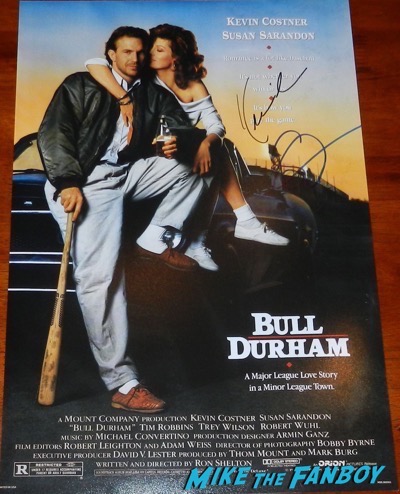 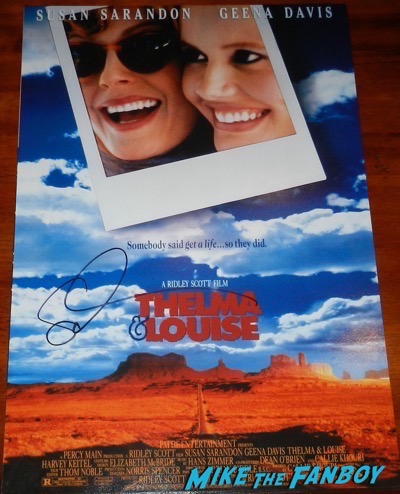 Kelli Garner did sign Susan’s Bully DVD for her. I didn’t have anything for Kelli myself.

Overall, it was a long night but I’m really happy I got both posters signed!

Plus, a lot of the excellent costumes were on display. 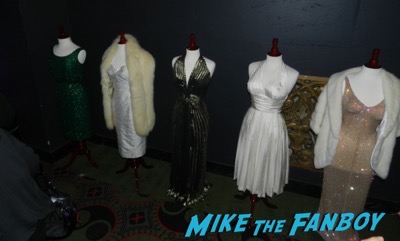