For anyone who has ever been stuck at a nine to five job and not exactly inspired to be there, a quick daydream, a flight of fancy these are all things that help us get through the day. Generally speaking these are harmless delusions but there are a select few who take things a little too far.

One such person is Walter Mitty. Walter (Ben Stiller) is a single man who works at a magazine and is in love/infatuation with a dream girl. This dream girl is a co-worker who Walter pines for in his real life and also in a series of imaginary and momentary segments that take Walter to otherworldly places.

Walter gets involved in an odd scenario and has to track down a photographer named Sean O’Connell (Sean Penn) who travels all over the world. Sean has sent Walter, who works at Life Magazine in the photography department, a series of negatives. One of the negatives Sean insists will be the perfect photo to be on the cover of the final print edition of the magazine before it goes to becoming online only. However, once Walter gets the package he realizes that there’s no negative and in the meantime Sean has told the magazine heads that he was sending it over to Walter.

The snide “transition expert” Ted Hendricks (Adam Scott) knows the photo was sent to Walter and puts the pressure on him to come up with it. The object of Walter’s crush, Cheryl Melhoff (Kristen Wiig) is also single and living a lonely life. If only Walter could talk to her. 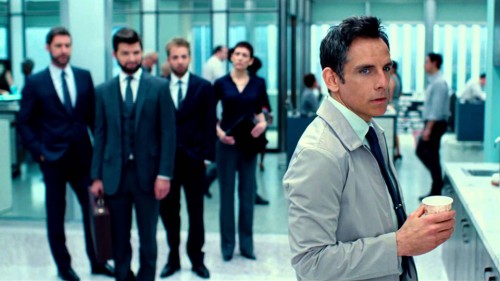 This may seem like an odd plot for a film that was supposed to be Ben Stiller’s Academy Awards bait, and in some ways it is. Based on the 1947 film with Danny Kaye which itself was based off a short story by James Thurber, The Secret Life Of Walter Mitty is the perfect vehicle for Ben Stiller. His natural charisma and comedy fit the transitions from the real world and the fantasy world perfectly. I fact, I would say that this film is probably the most real I have even seen Ben Stiller on film to date. 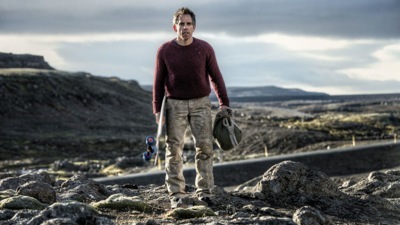 The supporting cast is excellent including Kristen Wiig who helps ground the film with her turn as Cheryl. Together she and Ben Stiller make a great team. Shirley Maclaine has a great segment as Walter’s Mother and Adam Scott has the smarmy corporate lackey role down pat.

The blu-ray transfer looks wonderful including the striking visuals and cinematography which pop nicely. The fine detail is brought out and the contrast is nicely done. The outdoor scenes are very strong. I will say that there was a little too much of the blue tinting during the “real world” scenes but that’s probably a filmmaker choice as opposed to a film transfer. 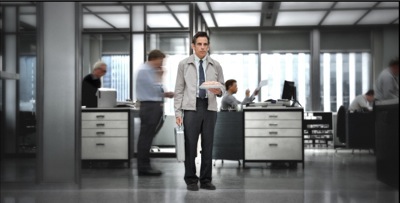 The Secret Life Of Walter Mitty comes loaded with special features, including deleted, extended and alternate scenes. There are several short featurettes including The History of Walter Mitty which talks about the original short and the film, The Look of Life that discussing the visuals in the film, That’s a Shark!, The Music of Walter Mitty, Icelandic Adventure, Nordic Casting, Titles of Walter Mitty and Sights and Sounds of Production.

There is also a photo gallery, a music video and the original theatrical trailer.

The Secret Life of Walter Mitty is out now on blu-ray! 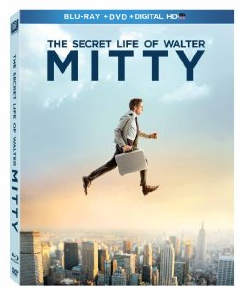