Home / Contests • Featured / Contest And Review! The Shack On Blu-ray! The Inspiring Family Film Is Out May 30th!

When it comes to faith and family films there are many pitfalls that a movie can fall into. They can seem forced and cliche not to mention the production aspects don’t measure up to even Hollywood indie films. It’s rare then, that a film comes along that avoids a lot of these pratfalls that’s marketed to a faith and family audience. 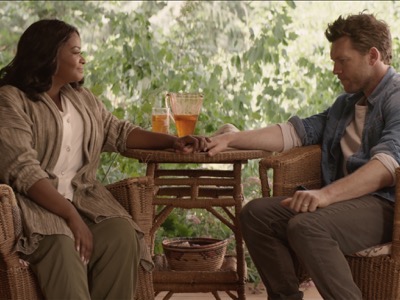 In The Shack, which is out on DVD and Blu-ray May 30th, Sam Worthington (Avatar) is Mack Phillips, a man who is holding onto his past and has suffered more than the average human. He’s had an emotionally turbulent past with his father and now one of his children has been abducted during a family camping trip. 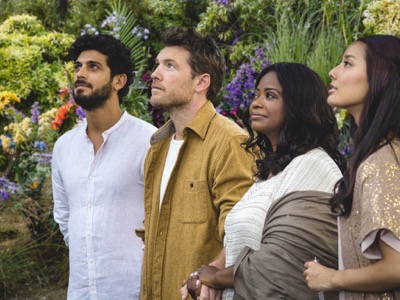 The Shack is not for the faint of heart as it deals with deep issues that will sit with you for some time. It turns out that Mack’s child is indeed murdered and Mack must now try and deal with this. Academy Award Winner Octavia Spencer and Tim McGraw are put in Mack’s path to try and help him, albeit with some divine intervention. Mack receives a note in his mailbox that is signed “Papa” that tells him that he has been missed and to meet at the Shack.

It’s in this quest that the film finds it’s footing. It’s bolstered by the top notch cast, Sam Worthington is very steadfast in his portrayal of Mack and really allows the subtle elements of the story to play out. It’s a very good performance that not only elevates the material but the entire film. Octavia Spencer is also a breath of fresh air, she nicely undercuts the deep subject matter and everytime she’s onscreen she lightens things up which is a welcome change of pace. 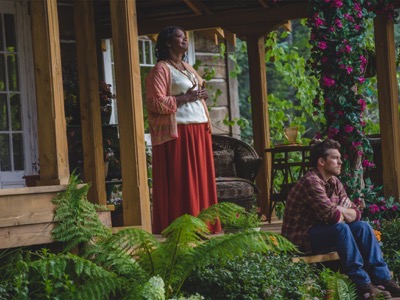 Special features included in this release are:

There are five featurettes, each worth a viewing if you like the movie.

Touched by God: A Writer’s Journey – William Paul Young, the author of the story is profiled in this short feature.

God’s Heart for Humanity – This is an interesting featurette. It talks about the different interpretations of God and Divinity onscreen.

“Heaven Knows” – The Power of Song with Hillsong United – A brief look at the music in the movie.

Something Bigger Than Ourselves: The Making of The Shack – A fairly standard EPK that takes a look at the filming of the movie with behind the scenes clips, interviews, etc…

Premiere Night: A Blessed Evening – This is a look at the premiere but intercuts interview footage as well as a performance from the red carpet. 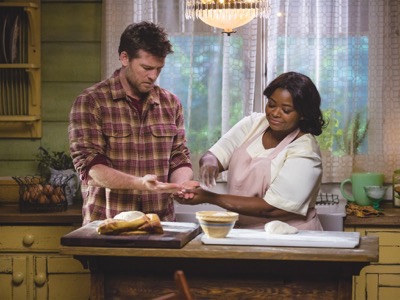 Overall, The Shack is a fine film and boasts an impressive cast. The performances are top notch and Sam Worthington does an admirable job anchoring the film. If you’re predisposed to faith and family films, I think you will really enjoy this movie. The heavy subject matter might not be suitable for all audiences, but older viewers will really be drawn to the emotional complexity on the screen.

Now, thanks to the folks at Lionsgate, we have a copy of The Shack on Blu-ray to giveaway! Sound good?

Also check out The Shack on Amazon!

Enter via the Rafflecopter Form Below!

“This is a sponsored post on behalf of Review Wire Media for Lionsgate. I received information to facilitate my review as well as a promotional item to thank me for my participation.”