There is a ton of Simpsons DVD collectors who are going to ecstatic of the 19th season Simpsons release on DVD! It’s been two years since the 18th season DVD release! Now collectors can fill in the spot of their collection!

THE SIMPSONS The Complete Nineteenth Season
Arrives on DVD December 3 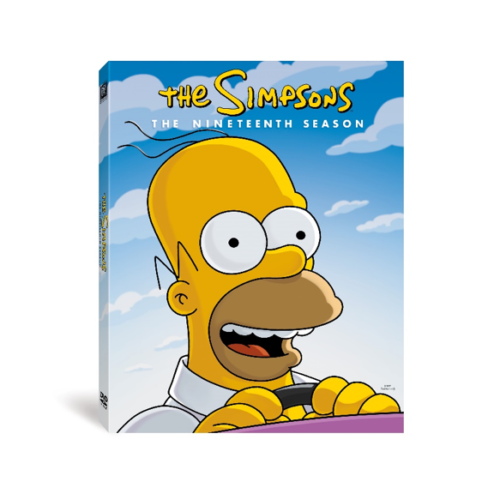 As the season following the historic debut of The Simpsons Movie (in 2D!), THE SIMPSONS
THE COMPLETE NINETEENTH SEASON includes a number of beloved episodes such as the
Sideshow Bob focused adventure “Funeral for a Fiend,” the WGA-nominated “Homer of Seville,” and the Emmy-winning “Eternal Moonshine of the Simpsons Mind.” Guest stars from the season include returning fan favorites Kelsey Grammer as the aforementioned Sideshow Bob, David Hyde Pierce as his brother Cecil Terwilliger and Glenn Close as Mona Simpson, as well as Stephen Colbert, Matt Dillon, Julia Louis-Dreyfus, Jack Black, “Weird Al” Yankovic and MORE!

THE SIMPSONS THE COMPLETE NINETEENTH SEASON is currently available for pre-order and will be available on December 3.