40 years ago this week (at the time of this writing) the English Ska band The Specials went into the studio with producer Elvis Costello to record their self-titled debut LP. Recorded in summer of 1979, the LP was released that October and became a bit of a sensation. It was forever ago, but for music fans at the time it was a welcome dose of “White Reggae Revival” —infectious dance music with dark themes that grew out of the Punk and New Wave era.
I honestly don’t recall how I initially came to buy the LP, but it lived on my turntable for months, leading up to their first concert at the Whisky a Go Go in early 1980. I was experiencing my own personal Mod revival, being heavily influenced by a screening of the film “Quadrophenia” and had taken to dressing in a manner reflecting that ‘60s English style.
When the group came to Hollywood for their 3-night stand at the Whisky, they made an afternoon stop at the Licorice Pizza on the Sunset Strip. My friend Hilary and I bought tickets to one of the shows and excitedly headed to the record store to meet the band. The turn out was small, but we were up at the front of the line along with local luminary Darby Crash (of the band The Germs) who greeted us by saying “Hi…. got any drugs?”

Since I already owned the album (but neglected to bring it with me) I stole a LP flat off the wall display with clipped corner and staple holes in it —not pretty, but free. For whatever reason, some of the band signed it on one side, the rest on the back. 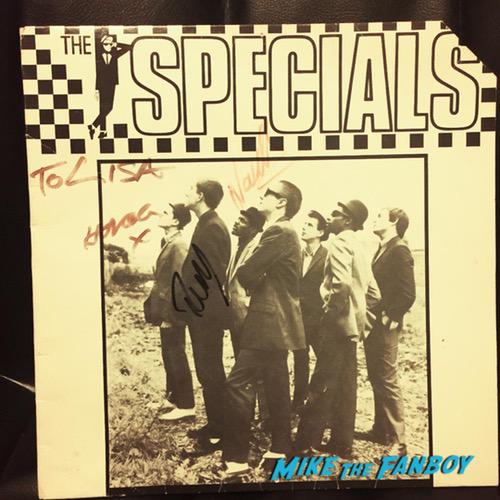 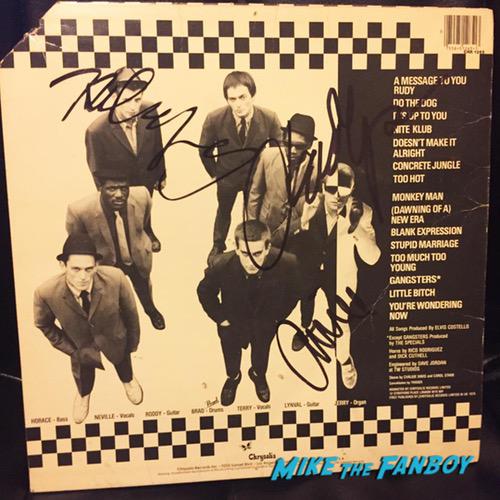 We were having fun handing out with the group. so I picked up a flier for the local Punk clothing store Poseur, and had a couple of them sign that as well. 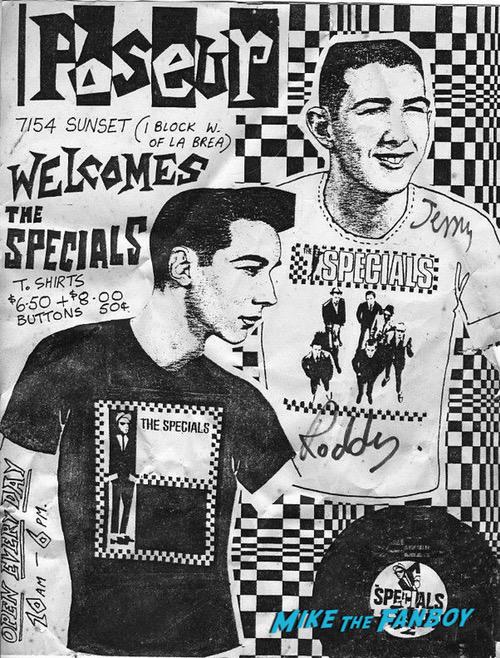 as a door-prize, I also got an official Two-Tone promotional badge, which I wore proudly for months before carefully storing it for posterity. 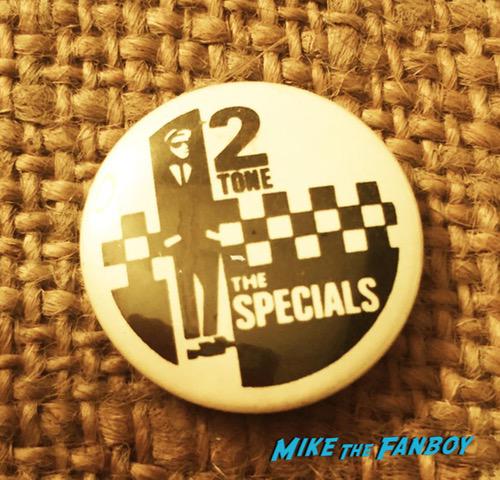 It was an unforgettable day, capped off by a fantastic performance that literally had people signing and dancing on their way out of the venue onto Sunset Blvd after the band had competed their set.  Hilary and I had so much fun on that forever ago night that we found a pen and some paper after the show and wrote the band a thank-you note and left it in the door of their tour bus.