The Strain S02E04: The Silver Angel

The episode starts with a pretty awful black and white movie of an old school vampire hunting wrestler. Yeah, exactly! I was so confused since it went on for over 4 minutes. It went on for so long, that I actually double checked to see if I was on the right channel. The movie gets disturbed by a voice. The former actor, Angel seems to be a forgotten soul with an unfortunate ending following a glorious career. His attempt to relive his past only makes him miserable about all the things he is unable to do and have.

Meanwhile, some familiar faces are on their own quest for glory. Last week, Ephraim and Nora finally came across a strain that infected the vampires at a slow enough phase to spread the disease among others who are turned. Accompanied by Vasiliy, they all head out to release the infected creature to the subway entrance since it’s the place with the biggest nesting ground. Their plan backfires when the infected creature has his own agenda and ventures off instead of heading into the subway tunnel. They all follow the infected one in to a mental institute. Either this is the smartest well aware vampire ever, or he is just simply going after someone. Nora quickly finds out that he is after his son. As he nests in the institute, the gang goes back to base. Now all they can do is wait and see if the virus works and spreads. 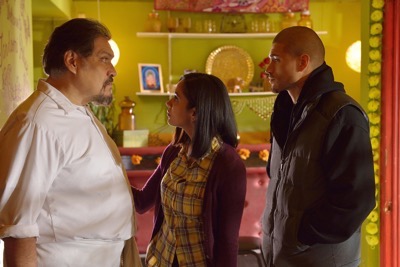 Entire streets are wall papered with missing persons adds. After losing his new found crew, Gus wonders the streets alone yet again. This guy just can’t catch a break. He walks into an Indian restaurant and is immediate confronted by Angel, who happens to work there. I guess Gus has trouble written all over him. Aanya, the daughter of the owner is more than happy to serve him. Yup, girls do love their bad boys. Completely confused by the menu, Gus asks her to bring him something that tastes like Spaghetti. Seriously bro? Of course Aanya finds this amusing and brings something he could handle.

Keeping a keen eye on all the events, Dutch realizes the absence of Fitzwilliam by Eldritch Palmer. She approaches Abraham in hopes of getting his approval to track him down. Fitzwilliam’s biological brother, Curtis leads Dutch and Abraham to Staten Island. Since Fitzwilliam did not approve of Eldritch’s ways, he could definitely be an invaluable foot soldier with the most knowledge on Palmer. 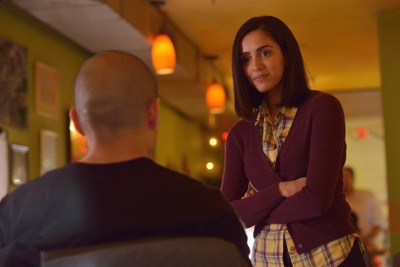 We flashback decades to Abraham and Eldrich back at the University. Abraham has come across new found leads to locating the Lumen, the ancient book holding all the secrets to defeating the Strigoi. The new lead pointed them to a nunnery in the lower Alps. Their trip to Austria didn’t go as planned. The ancient book was supposedly destroyed by the nuns since they were aware of its potential for pure evil. It is here that Eldritch Palmer first comes in contact with Eichorst. Eldritch’s search for immortality does not parallel with Abraham’s search to end all evil. Their intentions part them away to opposite poles leading them on different paths. 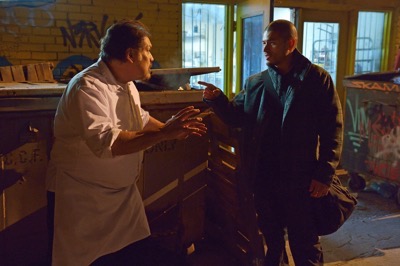 Gus goes back home to find his mom still nesting there. Even though he knows what he must do, he resists killing her. Things get even more twisted when the master reaches out to him through his mother. If he didn’t need therapy before, he could sure go for a session right about now. Gus is without doubt a survivor. His decisions may seem selfish, but he has shown us that there’s a lot more to him than meets the eye. He did try to save Vaun and his crew just last week.

To see the outcome of their new strain, they have to wait until sundown. With some time to kill, Ephraim attempts to have some father son bonding time with Zach. They haven’t been on such good terms lately. Zach is still trying to wrap his mind around the whole transformation. They go into the batting cages to get their minds off the vampire apocalypse, but unfortunately it only stirs up memories of his mom. Ephraim is totally getting minus dad points on the score board. 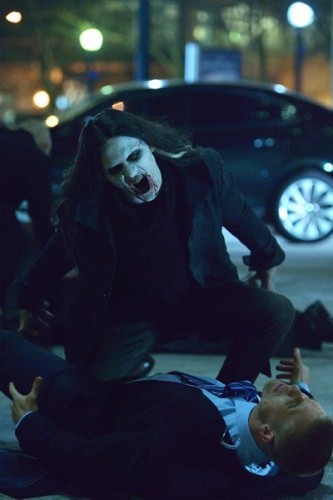 On a much positive note, Councilwoman Justine is making waves and taking over NY one block as a time. After a successful cleansing of Staten Island, she is called to the plate to clean up the big apple. She is not shy about taking the law into her own hands. She might seem a bit rash, but you have to love her feistiness. Total badass indeed!

Meanwhile Eldritch is making his own not so swift moves to literally kill off any potential competition. He manages to take down the city’s financial giants in one sitting. Talk about ambitious. This man has no limits. 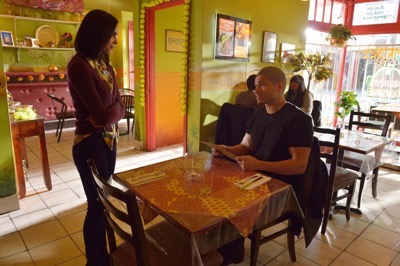 Abraham and Dutch meet up with the Fitzwilliam brothers in Staten Island. They are trying to recruit them. Reggie shows hesitation, but Abraham is quite confident that he has already made up his mind to aid the gang. They sure need more muscle in the group, so fingers crossed.

Gus goes back to the Indian restaurant claiming he has nowhere else to go. I guess the food didn’t scare him away, or maybe mind numbing spicy food is just what the doctor ordered to get his mind off things. Aanya offers her services again, and Angel steps in between them this time around. The conversation gets heated between them and Gus finally storms off. Back of the restaurant Gus approaches Angel. He recognizes the old school actor from his classics, “The Silver Angel”. Angel is not too pleased about it and denies his past. I get a feeling this won’t be our last encounter with The Silver Angel. 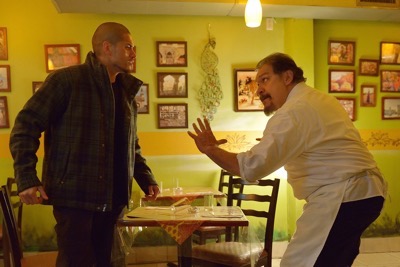 Ephraim, Vasiliy and Nora goes back to the mental institute to find out the creatures have all left its nesting ground. Without them being present, they can’t find out if the transmission of the infection was successful. Vasiliy grows impatient and separates from the group to follow through with his original plan, which was to blow up the entrances to the main subway tunnels to trap the beast inside. Meanwhile Ephraim and Nora wonders off and start coming across infected vampires on the streets. Success! Well, not so soon. The master is making them commit suicide to avoid infecting others. Dam! Ephraim knows that the only way to beat it is to mass infect them at rate the master can’t keep up. He is contemplating on taking this new research to Washington in hopes of weaponizing the virus to increase their probability to infecting the infected. 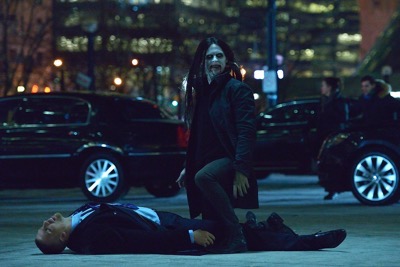 After dodging every possible tight spot in the city fighting creatures, including Eldritch’s office one of the most highly secured buildings, Vasiliy manages to get himself caught by the New York City police for staying pass curfew. Oh yeah, and for going all Wile E. Coyote inside the subway tunnels. Not sure how he’ll work his “charms” to get out of this jam.

The episode ends with Kelly’s terrifying mini trackers closing in on Zach’s scent. This can’t possibly end well. I guess we’ll have to wait until next week to find out.

Until next week, happy hunting!