There are so many films that you hear about. Have you seen this? Did you see so and so’s performance, it’s practically impossible to see everything out there. This is one reason I’m so glad that FOX is going into their back catalog and releasing some of their classic films on blu-ray. It’s a great way to catch up on films that you might otherwise never see. 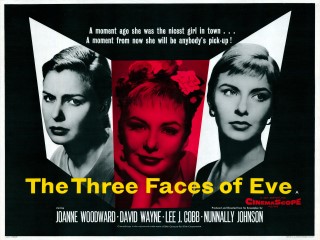 Once such film for me was The Three Faces of Eve. Released in 1957, The Three Faces of Eve was one of the first films to tackle the subject of multiple personality disorder. Audiences at that time were skeptical of the mental health issue and rightfully so. Could a person really have three different personalities living inside one body? 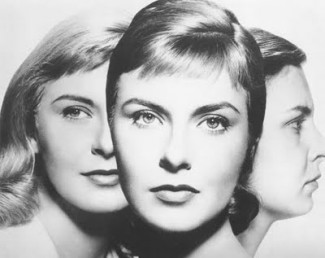 Having more to do with this fact, than plotting, The Three Faces of Eve takes an almost clinical look at the issue even pulling actual dialogue from real case files. Based on a true story, The Three Faces of Eve tells the story of Eve White, a midwestern wife and mother who would have sharp headaches and black out, not remembering what happened during that span of time. 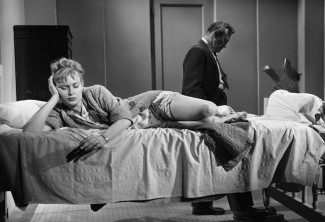 After a particularly troubling incident with their daughter, Eve (Joanne Woodward) and her husband Ralph (David Wayne) head to a new doctor to try and get help. It’s here when Eve’s second personality makes it’s appearance. She is not reserved, smokes, likes to party and calls herself Eve Black. She hates Eve White’s husband, her daughter and her life. 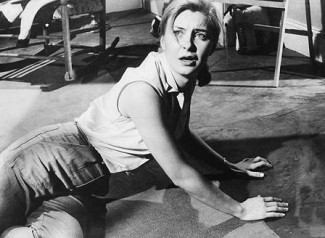 As time goes on a third personality emerges, that of Jane. More of a well rounded personality, Jane is a variation of both Eve’s, she can have fun, but is responsible, and loves her daughter. It’s with the discovery of Jane, that the doctor’s helping finally are able to solidify Eve White/Black/Jane’s personality.

It’s always been an interesting subject matter to me and The Three Faces of Eve did not disappoint. Judging it by today’s standards, the mental health solutions seem a bit archaic but that’s almost to be expected. It has been over 50 years since the case was discovered and lots of advancements have been made in the field of medicine since that time. 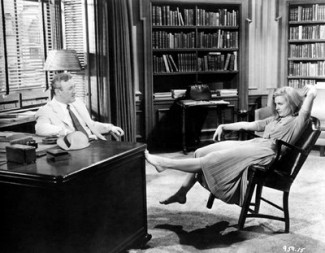 The thing that makes The Three Faces of Eve such compelling cinema is the lead performance by Joanne Woodward. Earning an Oscar for her portrayal of Eve White/Black/Jane, Woodward is a marvel. Switching from one personality to the next and selling them all. She even has a wonderful breakdown scene towards the end of the film that would rival many modern day Academy Award hopefuls.

Arriving on a wonderful blu-ray transfer the picture quality looks great for a black and white film. The setting doesn’t lend itself to the blu-ray medium being filmed in basic office settings and with little visual panache. All of the recent FOX older blu-ray releases look great and this film is no exception. 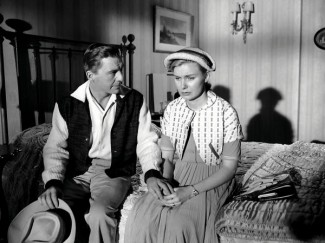 I was hoping for more in the way of special features especially when there had to be a lot of original source material from the original case to pull from. There is a nice audio commentary from historian Aubrey Soloman which is fairly detailed. There are some long pauses that make you forget your listening to a commentary and then it’s a tad jarring when getting back into it. However, that’s a minor quibble.

Overall, I would highly recommended taking this look back at The Three Faces of Eve, if for nothing else than the spectacular work of Joanne Woodward. Her performance was truly ahead of it’s time.

The Three Faces of Eve is out now on Blu-ray 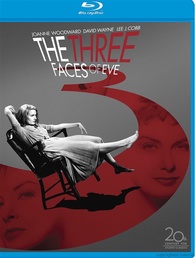