Billy had a whole lot of To-Do for the To Do List premiere. He loves.. and when I say loves, he loves him some Aubrey Plaza. He’s a little crazy with his Plaza love. LOL…

And you have to check out his To Do List sign! That’s awesome! He’s giving Scotty a fun for his money!

Check out Billy’s report from the To Do List below!

Welcome back to Billy Beer’s Barstool. Today we got a To Do List of
people to meet and autographs to get. Why? Cause we are off to The To
Do List Premiere.

Now, there aren’t any HUGE names in this movie, but
there are a number actors and actresses that I enjoy their work. The
main one, and the lead of the movie, is Ms Aubrey Plaza. I don’t know
what it is about her comedy, but she just cracks me up with her
interviews and her sarcasm! 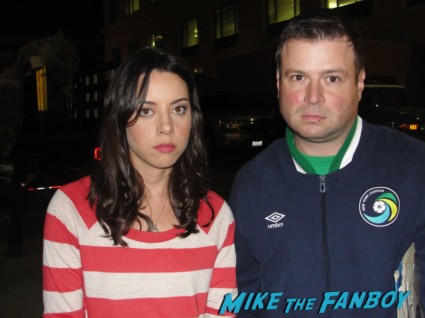 Rachel Bilson, Andy Sandberg, Bill Hader,
Clarke Gregg, Alia Sahchek, and Donald Glover are some of the other
people I’m hoping to meet and check off my to do list. There’s only
one way to ensure these people will come over…..A SIGN!

Now I know Scotty is the sign king, but today I’m going above and
beyond. I don’t mean brag, I don’t mean to boast, but this here sign’s
like butter on toast! 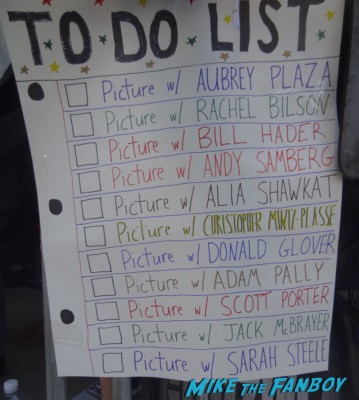 Even the publicists are pointing to it.

The first to arrive is a walker, Lauren ******. Even though people
have stuff for her, she doesn’t come over. She heads straight for the
carpet. She would then later, after she did the carpet, come over and
sign for everyone even though someone was calling her the wrong name
over and over again.

Finally we get our first cast member, Scott Porter. He has to see the
sign, Right? Well, if he did, he didn’t care. He goes straight for the
carpet too. Really? You’re the first to arrive, you can’t be in that
much of a hurry. 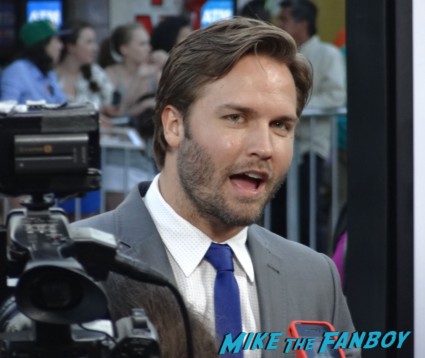 Sarah Steele is next to arrive. She too looks over but is rushed to
the carpet. If we can’t get these guys, I’m hoping the cast rest of
the cast makes up for it.

Bill Hader just pulled up. He’s the first one to finally
cross……for like 2 seconds. He signs 5 MAYBE ten and then rushes
off like he’s really late. I of course didn’t get one. I have an
amazing Laser Cats picture I’m hoping to get done, but it doesn’t look
too promising.

Next up is Andy Samberg. He comes right over to the screaming guy to
my left. I think the guy is in labor or something. Andy’s publicist
then proceeds to hand him a dead black sharpie, and take him in the
other direction. OMG this is sucking!!!!!! 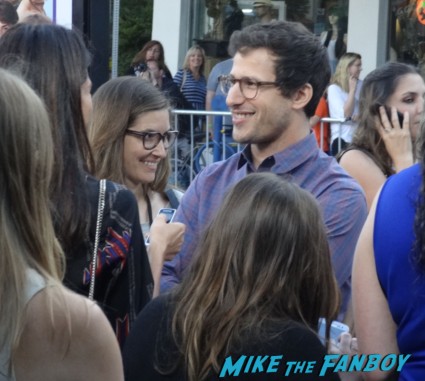 Well, I still have a chance with the ladies. Aubrey is the first of
the 2 too arrive. She comes right over. This is really her first lead
in a movie. She’s all dolled up and being nice. I finally get my first
autograph on my mini poster, but am unable to get anymore. I was too
busy trying to get a picture with her.

Rachel has now finally arrived too. 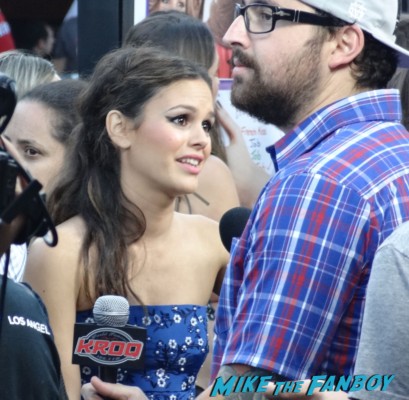 She comes over, and the guy who
was in labor must be having twins, cause he freaks out AGAIN, even
though she was coming to my sign, she goes over there to hopefully
shut him up! I had an individual picture of her that I got signed
first with a crappy blue pen. Again, wanting the picture, it’s too
late to get another item signed. Well, that went great :/ 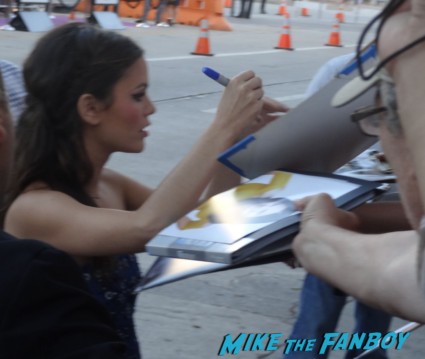 While some of the other people went to go get something to eat, I
decide to see if I can get anyone on the way into the theater.
Surprisingly, security was letting people stand close to the red
carpet. I see Andy finishing up his interviews, and he comes over and
takes pictures with the ladies there. I ask if he would sign my Laser
Cat’s picture, and he looks at me kinda funny. But thankfully, he
grabs the pen and signs it nicely.

I also get Jim O’Heir from Parks and Rec to start another cast piece
for me.

Scott and Sarah go walking by, but they again I guess don’t have time
to sign. Now they are rushing the main cast members in. Looks like
this part is done.

So I decide to wait for exits hoping to get a few more people on my
poster. As the movie breaks, it’s a little chaotic. The people who
went into the movie are jamming up the exit area by just standing
there. Usually security rushes them through, but not tonight. Andy is
first to leave, and just flies out. Sarah is the next from the cast we
see. She’s right by us, but still not signing. Finally she lets out a
“Why not” and signs our posters. FINALLY! Clarke Gregg who arrived
late and did sign a few on the way in then comes over and signs one
each. I get him on an Avengers piece. Donald looks over, but doesn’t
sign. Hader runs over and takes a picture with someone but doesn’t
sign a thing. Scott follows and does one each. It’s really starting to
jam up now. It’s not looking good for the main ladies. Because there
were so many people, security makes a wall for Aubrey then Rachel and
walks them to their cars. Oh well. I guess it’s a success when you get
everyone but one. It just seemed like a lot of work for what would
seem like a fairly easy cast to get. Oh Well, time to get my drink on,
it’s Happy Hour somewhere!